Trey Kennedy is HAPPILY MARRIED? Let’s find out more about Trey Kennedy’s wife and their relationship! 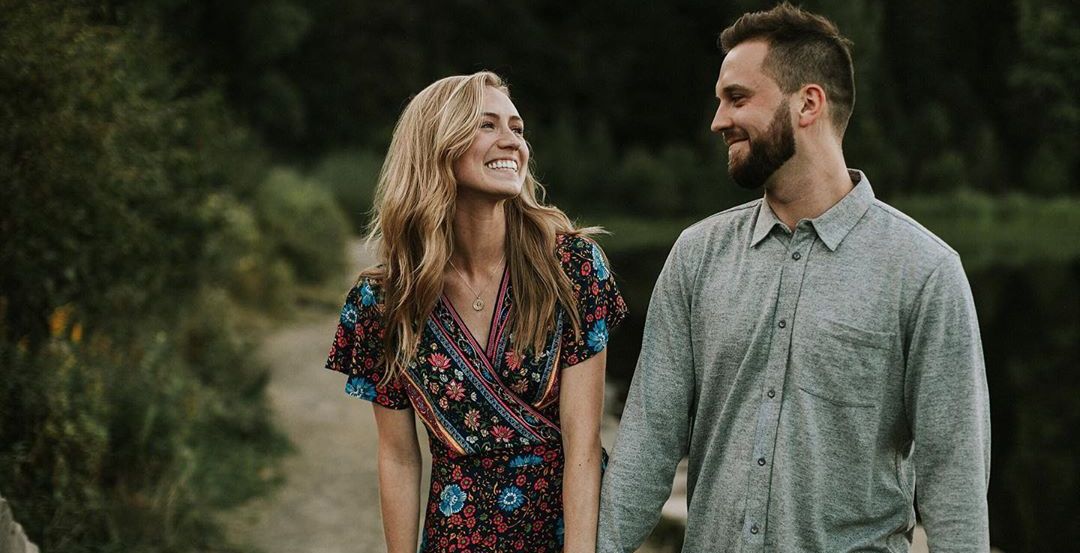 Who is Trey Kennedy’s wife?

Trey Kennedy, an American comedian, and musician is popularly known for his hilarious YouTube and TikTok videos. He gained attention with his Vine videos but when the app shut down he shifted to Instagram, Facebook, etc. to entertain his audience. 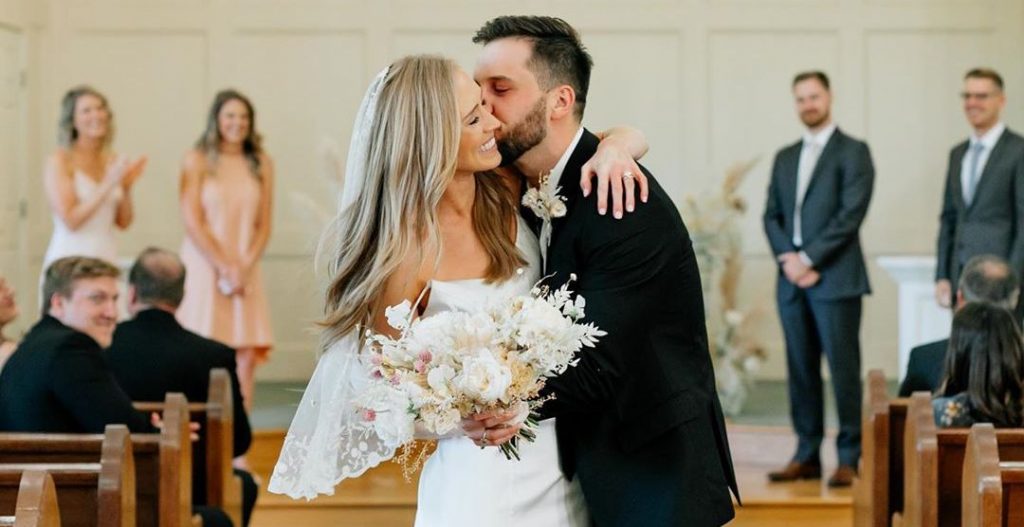 He announced his engagement in September 2019 with his girlfriend Katie Byrum. The fans were surprised to see their favorite comedian going off the market but they were happy for them and filled their social media platforms with positive comments.

The couple later got married on 23rd May 2020 in an intimate ceremony due to the global pandemic. The day was very special for Katie as she wore the same veil her mother and grandmother wore on their special day.

Trey Kennedy’s wife Katie Byrum is from Kansas City. She is a biomedical engineer by profession and has over 34.8K followers on Instagram.

A sneak peek into their relationship!

Both of them kept their relationship very private which is why the fans were shocked to know that Kennedy has someone special in his life. He’s known to be a secretive person and wants to keep his personal and professional life separate. That is why he didn’t even post any engagement or wedding pictures on Instagram but this was not the case with Mrs. Kennedy.

Trey Kennedy’s wife came through and posted a few pictures from their wedding describing her love for his husband and fans couldn’t help but believe that they are truly a match made in heaven!

Trey has a podcast called ‘Correct Opinions’ and a separate YouTube channel named ‘Trey Kennedy Studios’ in which he talks about various topics and answers his fans’ questions.

On 26th August 2020, Trey Kennedy’s wife first appeared on camera on the channel for the podcast’s 50th episode and they talked about their relationship a little bit.

The fans adored the chemistry between the couple in that episode and found the awkwardness of Trey Kennedy’s wife super cute! This made that episode the 2nd most viewed video on that channel with over 145K views, the first being the funny apology video with 237K views.

Through that podcast, we got to know that the couple met in a very millennial way! They first started talking on Instagram and Katie had no idea who Trey was. Katie’s parents were expecting their future son-in-law to be a neurosurgeon and no idea what does an ‘influencer’ means but God has other plans!

One of the reasons why fans were shocked by the sudden news of Trey’s engagement was the misunderstanding about his sexuality.

Trey Kennedy is good friends with John Crist and they made some videos together. But their chemistry in those videos misleads fans into shipping them and assuming them to be in a relationship. 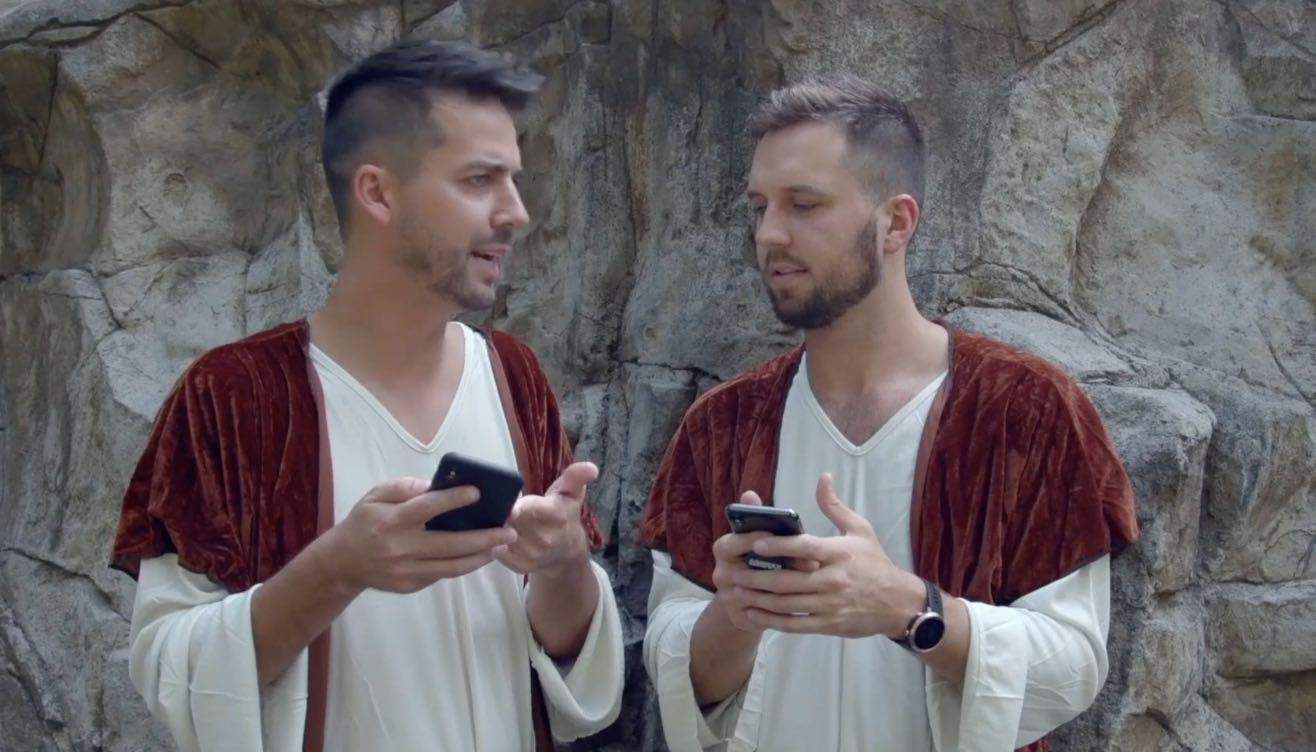 Fans flooded the comment section with their assumptions and asking him to confirm his relationship status. Assuming anyone’s sexuality is morally wrong as well as forcing people to come out of the closet even if they are celebrities.

Although Kennedy didn’t specifically address the rumors the news of his engagement shut up all the people who jumped to conclusions. But hey! Looks like Trey Kennedy’s wife got some competition.

Kennedy is a well-known Christian comedian who is appraised to create family-friendly content. His faith and beliefs don’t restrict him to make a certain type of content instead he chooses not to indulge in those topics and entertain people of every age group.

The singer/comedian is also in the talks of releasing a new EP and going on a world tour which is delayed due to the global pandemic. Vine helped him to find his singing ability which he wants to professionally continue with the help of a producer from Oklahoma, his hometown.

He genuinely loves singing and doesn’t necessarily stress about the charts and numbers as long as he is satisfied with his product. He wants to give something in return to his fans who also financially helped him with this project.

He has full faith in God and even he fails to be successful with his music, he will accept this decision of god but continue singing even in the family church because he’s truly passionate about it.

Q. When and where was Trey Kennedy born?

He was born on 17 November 1992 in Edmond, Oklahoma, United States.

Q. How much is Trey Kennedy worth?

According to the net worth list, he has an estimated net worth of $8 million and his main income source is YouTube. Apart from YouTube, he also has other income sources as well.

Q. Who is Katie Byrum?

Katie Byrum Kennedy aka Katie Byrum is a prominent American celebrity wife who is famous as Trey Kennedy’s wife. In fact, Trey is a famous American musician and comedian who rose to fame through the Vine app. Besides being a celebrity wife, she is a biomedical engineer by profession.

Q. How much does Trey Kennedy make?

He is projected to receive an average wage of $32k as a music artist. Trey also makes a wage of up to $9,000 per post as per wiki sites as an Instagram comedian, YouTuber, and influencer.

Q. Where did Trey Kennedy sing?

Vine got me out of my comfort zone. I started singing in front of people in college.

For more entertainment updates like these check out our blog here.