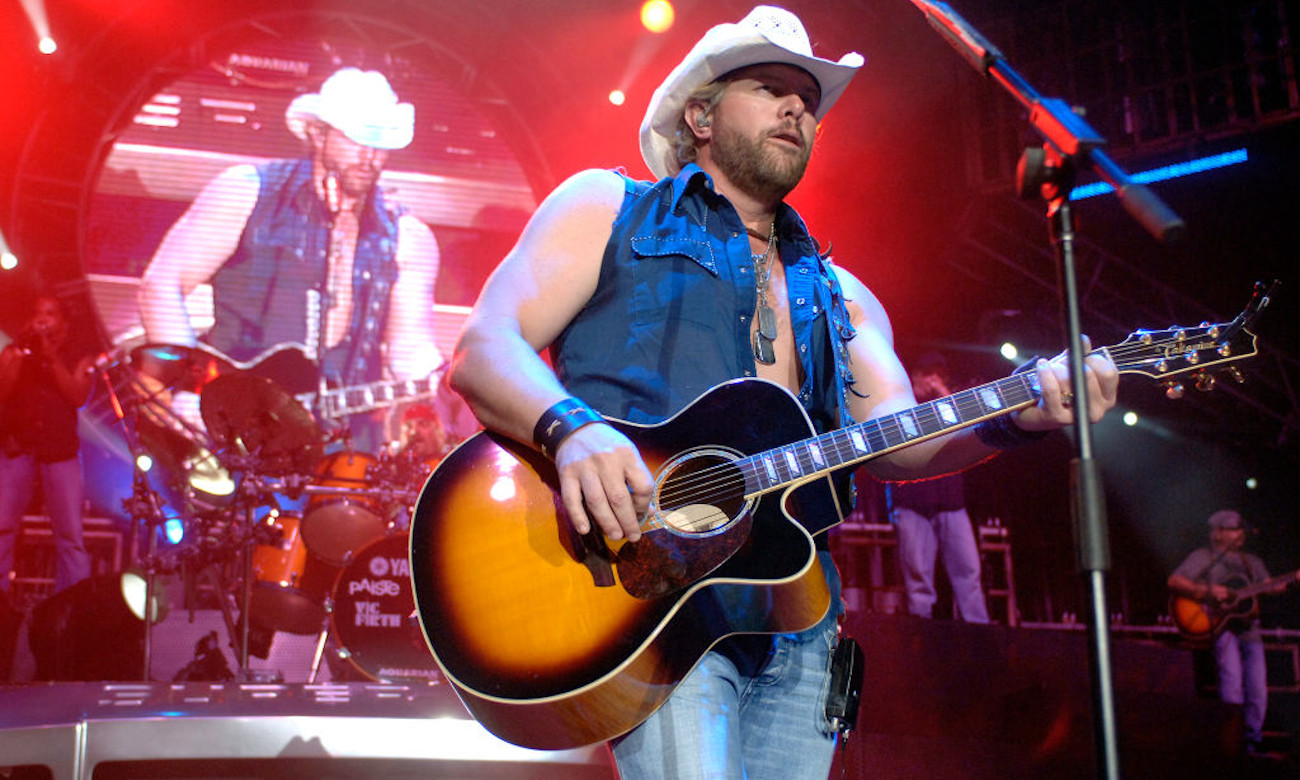 Toby Keith is coming to town this 4th of July with a new tune that celebrates the best of America. Tune in on Saturday, when he releases “Happy Birthday America” for your listening pleasure! In addition to his recent release “American Ride” (available now), Toby has been exploring what life would be like without our great nation and you can find out more by watching an exclusive interview we just conducted at South By Southwest last week.

Toby Keith has been an American patriot since his first album, with music that celebrates the good and bad of this country. His latest song is a patriotic anthem for July 4th, asking Americans to remember what their land means to them on Independence Day.

Keith was inspired to write the song last year while on a boat watching fireworks. When his friend wished him a happy Fourth of July, Keith replied “Happy Birthday America. Whatever’s left of you.”

“It had been a lousy 18 months,” he thought. “I saw that both sides were concerned about the end of democracy. We have fought and divided almost to the point where it is all about power and winning. Charlie Daniels had a song that read ‘God save us all from religion.’ And I think, ‘God save us all from politicians.’”

Keith’s newest single, “Old-fashioned”, is a song that honors life in small-town America. The track was written by Maren Morris and Ryan Hurd with Brett Tyler several years ago but it only came out last week after Keith gave them his stamp of approval!

“‘Old School’ would be more of a mindset, Keith said. “I still go to old restaurants, I still live in the same town I grew up in. We still get high on fishing, things like that.” He continued: “It’s more of a state-of-mind thing than anything else – we can be living in Connecticut or Oregon and you know what? It doesn’t matter if there are no mom and pop eateries around because all he’d want is something simple like a fat dog from roadside places,”
“We’re looking for those kinds of people instead of just caters to the rich folks with steak houses,” says Keith “That kind of stuff gets boring after a while so this song reminds me how