When Fortnite data miner @ShiinaBR posted the image of LeBron's outfit and its variants, it was sure to be a hit with his fans. It looks like there will three different variations for players to use!

The first, main variant is an original look for LeBron, featuring the King in a black hoodie and sunglasses with an abstract crown floating above his head and some lion shoulder pads. It’s as if he jumped into the Fortnite world to become one of its unique characters!

LeBron James always posts pictures of his "Taco Tuesdays" on social media, and now he has a shirt to commemorate the tradition. 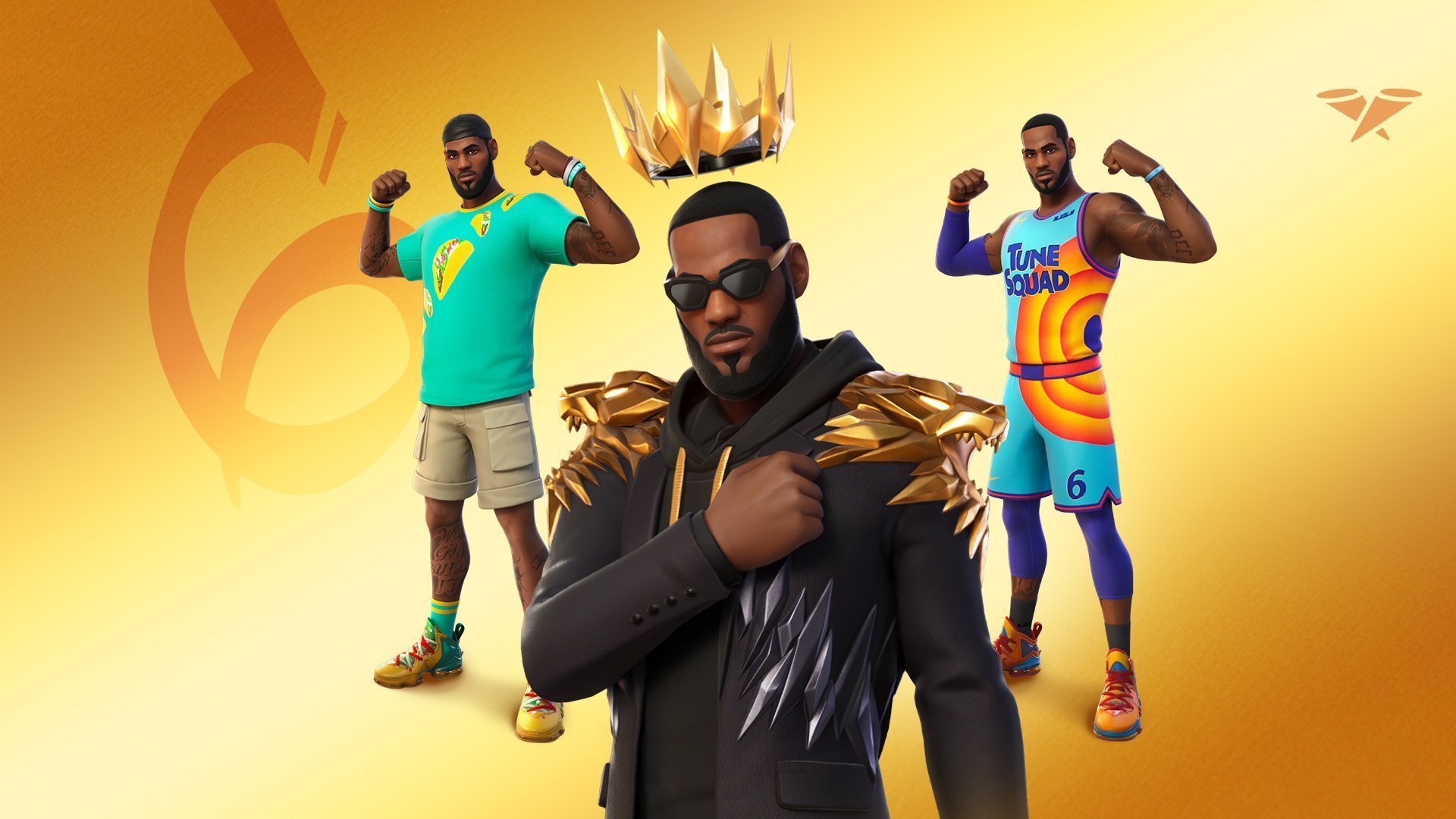 The other two variants are more familiar--one features LeBron in a taco T-shirt for those who follow him on social media; On Tuesdays, LeBron is known to post videos and photos of himself celebrating "Taco Tuesdays".

The Space Jam sequel is coming to theaters this Friday. Tune in for the film, which will feature LeBron James rocking his Tune Squad uniform and taking on new opponents at a game of basketball!

In the newest Fortnite update, players can now purchase special gear for their character. The LeBron Icon Series is scheduled to come out tomorrow and will be available until Saturday at 6:00 PM PST.