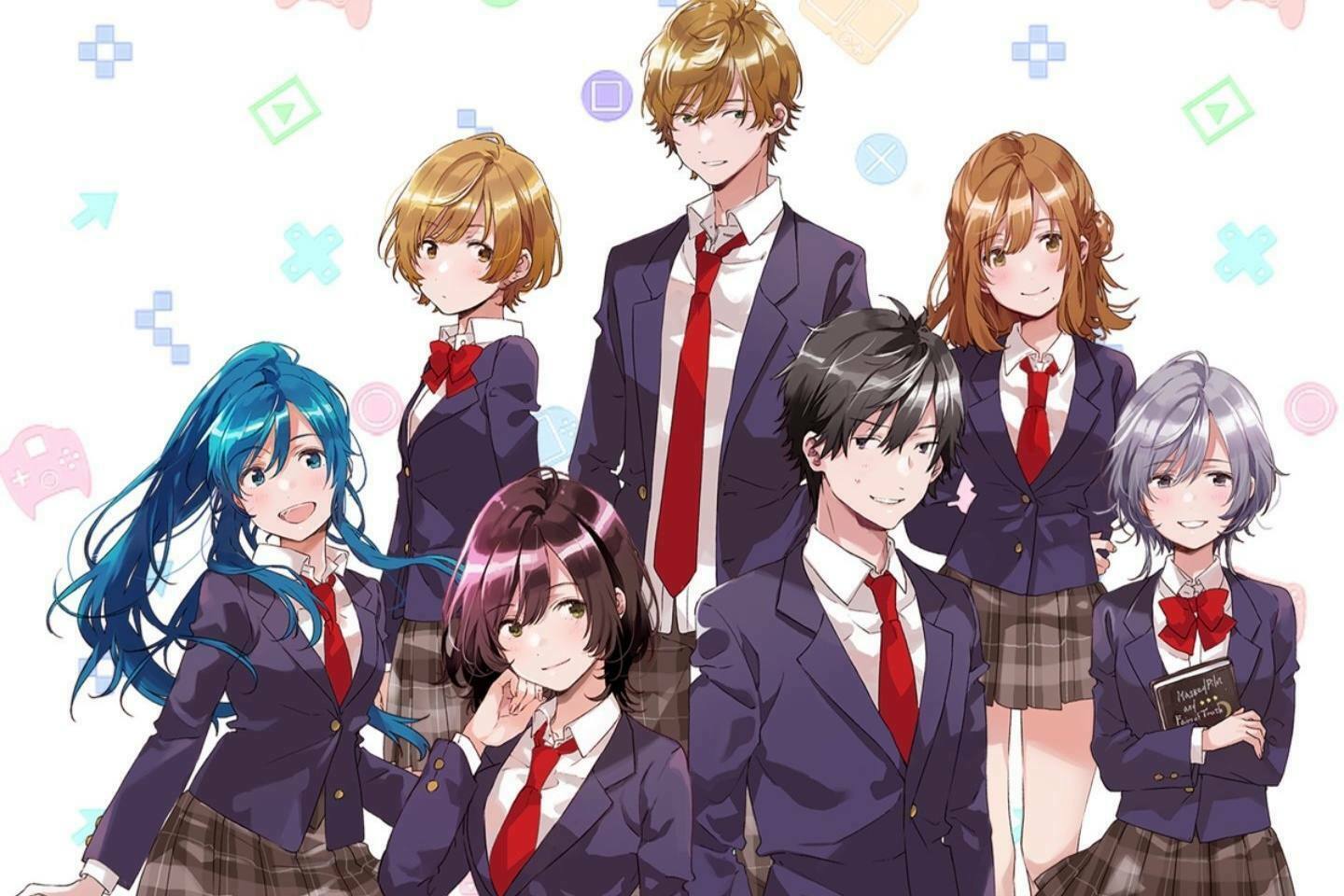 Do you love playing games and need the motivation to make personal growth? Then today’s anime is Perfect! for you.

In this article, we will discuss, Bottom-tier Character Tomozaki Season 2, Its release date, plot, and many more interesting things.

Bottom-tier Character Tomozaki aka Jaku-Chara Tomozaki-kun is a Japanese light novel and a Romantic-Comedy anime series, which was aired on television, from January 8, 2021, to March 26, 2021. The anime television series was produced by Project No.9 studio.

The manga was published in two different magazines, first manga was illustrated by Eight Chida and published by Square Enix, in Monthly Gangan Joker. It has 6 volumes, ran from December 22, 2017, to February 22, 2021.

The Bottom-tier Character Tomozaki Season 2 manga illustration is by Bana Yoshida, released on July 18, 2020, and is still going on, it has only released 2 volumes.

The story is about an awkward and shy, teenage boy, named Fumiya Tomozaki, whose communication skills are very poor as he spends all his time playing video games.

He does not look after his appearance and wears shabby clothes. One day he got challenged for a match in Yontendo Smotch Game, Attack Families against a player named No Name. Tomoaki won the match. He was a great player in Japan and he defeated a world No. 2 player, No Name decided to meet him and it turns out to be his classmate Aoi Hinami.

After this, they both became good friends. Aoi helped Tomozaki with his communication skills by giving him daily tasks like talking to girls and asking them on a date. She also made him change his appearance and helped in his personality development.

The light novel series was written by Yūki Yaku and illustrated by Fly, Shogakukam was the publisher, on May 16, 2016, and still going on. Till now it has 9 volumes, on January 19, 2021.

So far 12 episodes and 2 OVAs have been produced in the series.

There is no announcement regarding Bottom-tier Character Season 2, yet, but since the series is a new release and not 1 year is completed, it will be too soon for an Anime studio to make things official.

Many fans loved the show for its good message, as the show describes a boy’s journey of personal growth and I think that is great! Anime mixed with a relatable message, Yes!

Also, the fans of the show don’t worry about its source material, as its light novels and manga are still going to get published. There would be enough source material and the show got a great viewership too. Keep waiting and don’t lose hope for Bottom-tier Character Tomozaki Season 2.

Now, we will discuss the main characters of the show:-

2. Aoi Hinami:- Classmate of Tomozaki, she is at the second position in Attack Families, good at studies and sports, she is every boy’s dream girl. In the series, she helped Tomozaki by giving daily tasks to improve his communications skills.

3. Minami Nanami:- Also classmate of Tomozaki, Cheerful and a very energetic girl. She is caring and does not want other people’s moods to ruin her.

4. Fūka Kikuchi:- She is a bookworm, a classmate of Tomozaki, She and Tomozaki started with a misunderstanding, but later on they resolve the matter.

5. Hanabi Natsubayashi:-  A very straightforward and bold girl, despite getting bullied she stands up against it.

6. Yuzu Izumi:- She is the first girl that Tomozaki tries to befriend, she sits beside him, she hates getting into unreasonable fights.

7. Takahiro Mizusawa:- A popular, smart, good-looking guy in the class. Tomoaki wants to be like him.

In Episode 12, Hinami was angry with Tomozaki for not confessing to Fūka Kikuchi, the reason for him was that he was not sure what he wanted.

Hinami’s criticism hurt Tomozaki, he got fed up and get back to his old self. After his sister finally convinces him to go on a date with Fūka.

While on their date, Tomozaki told her that he was so grateful and happy when she agreed to go on a date with him

In the end, Tomozaki called Hinami to the place where they first met and explain to her his reasons. He also asked her to find what she want in life and then pursue it. Tomozaki’s next task was to get a part-time job.

Where can I watch Bottom-tier Character Tomozaki?

You can watch this series on IMDB,  Crunchyroll, Youtube, 9anime

1. Does Aoi ends up with Tomozaki?

Ans. No, he ends up with Fūka.

2. Is the bottom-tier character Tomoaki is finished?

3. What genre is bottom-tier Character Tomozaki?

Ans. It is a romantic-comedy anime series.

4. Why did Hinami helped Tomozaki?

Ans. Tomozaki and Hinami met through an online game and when they meet each other Hinami was so surprised by him. Since Tomozaki does not like to take care of himself and only plays video games all day long, she does not trust him with any chores, so she decided to help with improving his communications skills and also help him with his appearance.

5. Is a bottom-tier character a harem?

viagra generic
Share
Facebook
Twitter
Pinterest
WhatsApp
Previous article
Charlene Fleming Is An Athlete?? Know Her Net worth-2021 And You Will Be Stunned, Do You Know Her Shocking Facts??Click Here??
Next article
How tall is BadBoyHalo? HAIR ISSUE | Exciting Secrets, Love & Relationship! Many Uncovered Truth.