Marcella Samora:1 lady, multiple roles. A strong mother who got justice for her daughter! 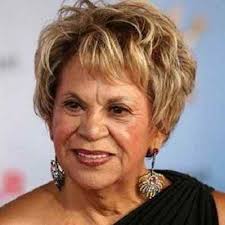 Who is Marcella Samora?

Marcella Samora is a Mexican American who is majorly known because of her daughter Selena Quintanilla-Perez, commonly known as Selena. Selena was an international pop sensation.

Marcella Samora was born on July 17, 1944. She belongs of Mexican and Cherokee descent. Her father was a Texan and her mother was a Coloradan. Marcella Samora has spent a part of her life in Washington and it was there only that she met her husband, Abraham Quintanilla. He was posted there for his service in the US Military.

They tied the knot in June 1963. And after the birth of the first baby, they shifted to Texas. The first baby was named Abraham Quintanilla 3. After moving to Texas, they became parents of two more babies named Suzette and Selena.

Abraham was a singer and wanted his children to be one too, so he trained his children with music. He also created a group named Selena y Los Dinos for his 3 children. Selena was the star of the group. 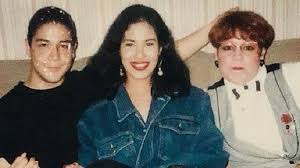 But Selena couldn’t live a long life and was murdered by one of her fans and employees Yolanda Saldivar. Marcella Samora went against her own family to seek justice for her daughter. And at last, she succeeded in doing so as Yolanda was sentenced to life in prison but there are possibilities of parole after 30 years.

She has spent her life away from the spotlight so there is not much information about her early life and education. 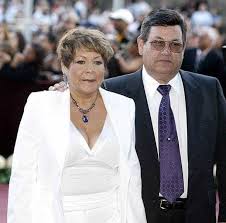 Marcella Samora’s husband was interested in music and singing before his US Military job. Following his passion, he joined a singing group named Los Dinos. They performed at various venues. They used to perform the originals, sometimes covers from famous bands or recording singles.

But obviously, it was not a cakewalk, he faced much discrimination because of his Mexican descent and was turned down from the places where there were white neighbors. He had to take a break from it but he rejoined Los Dinos after starting his family and started singing rock and roll music. 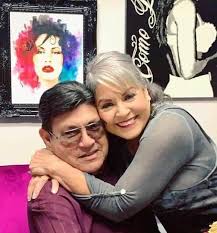 In the 1960s their sales were decreasing and their popularity faded. He had to opt for other work so he decided to work in Dow Chemicals. While he couldn’t keep it linked, he found his daughter Selena’s interest and gift for music. He decided to train her in the same. He created this group Selena y Los Dinos which consisted of his children and he started recording his songs with Selena. 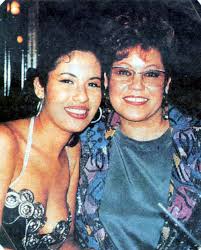 Selena was a singer, model, songwriter, actress, and fashion designer as well. We can assume how talented she was. She was very successful in her very brief life. She was titled the Queen of Tejano music. She was among the most influential Latin artists and was the one responsible for putting Latin music in the mainstream market.

She had a band with her siblings in which she used to record back in the 1980s. She released an album named ‘Entre a Mi Mundo’ under the record deal with EMI Latin. 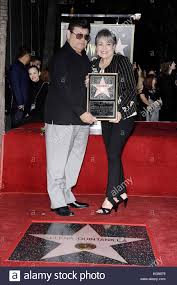 Selena met Chris Perez for the first time in 1988 when he joined the group Selena y Los Dinos as the lead guitarist. Later on, they fell in love and decided to engage in marriage.

She was also considered a sex icon because of her sexually suggestive clothing choices. She did not deserve the end she got. She was shot and killed by her fan and her former manager Yolanda Saldivar.

After her death, the family took quite a while to be back on track. They are now continuing the legacy of Selena. Her husband Chris Perez created a biographical movie on her life back in 1997. Her children to date continue to promote her legacy.

She has been awarded by Grammy once and several various awards.

Abraham 3 became a record producer whereas Suzette served in bands as a drummer and then tried his hand at acting. He married Bill Arianna. 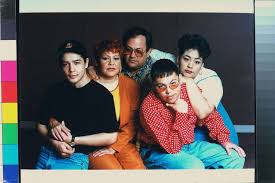 The net worth of Marcella Samora

Marcella Samora has had a net worth of $500,000 through her multiple aspects. Her net worth is possibly so high because of the success of her children but not when she is in her late 70s, her wealth might not increase much.

Selena’s death was a shock for her family and her huge fanbase too. She was in the very initial years of her success when this unbelievable thing happened. Her murderer Yolanda Saldivar was well known to Selena and her entire family.

She was her self-proclaimed fan who sought permission to set up a fan club for Selena. She got permission and also became the President of the club. Later she was appointed as the manager for Selena’s boutique.

After a while, she was found disloyal to the funds and when she was confronted, she bought a gun and lured Selena into the motel room, and shot her. She died on her way to Corpus Hospital. Now for the murder, she has been sentenced to life imprisonment in Texas. Though she would be eligible for parole from March 30, 2025.

Where is Marcella Samora now? 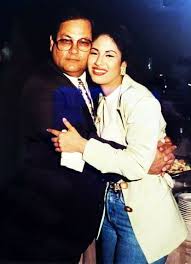 Marcella Samora and her husband Abraham Quintanilla are both alive but they have maintained a distance from the spotlight ever since their daughter’s death. The entire family now takes care of and promotes Selena’s legacy. Music was always a big part of their family and it is the same till now.

They run a nonprofit organization, The Selena Foundation. It encourages young underprivileged children to grab education and be better human beings in their lives.

In 1997, Selena was portrayed in a movie by her husband. A Netflix series has also portrayed Selena in 2020 by Seidy Lopez.