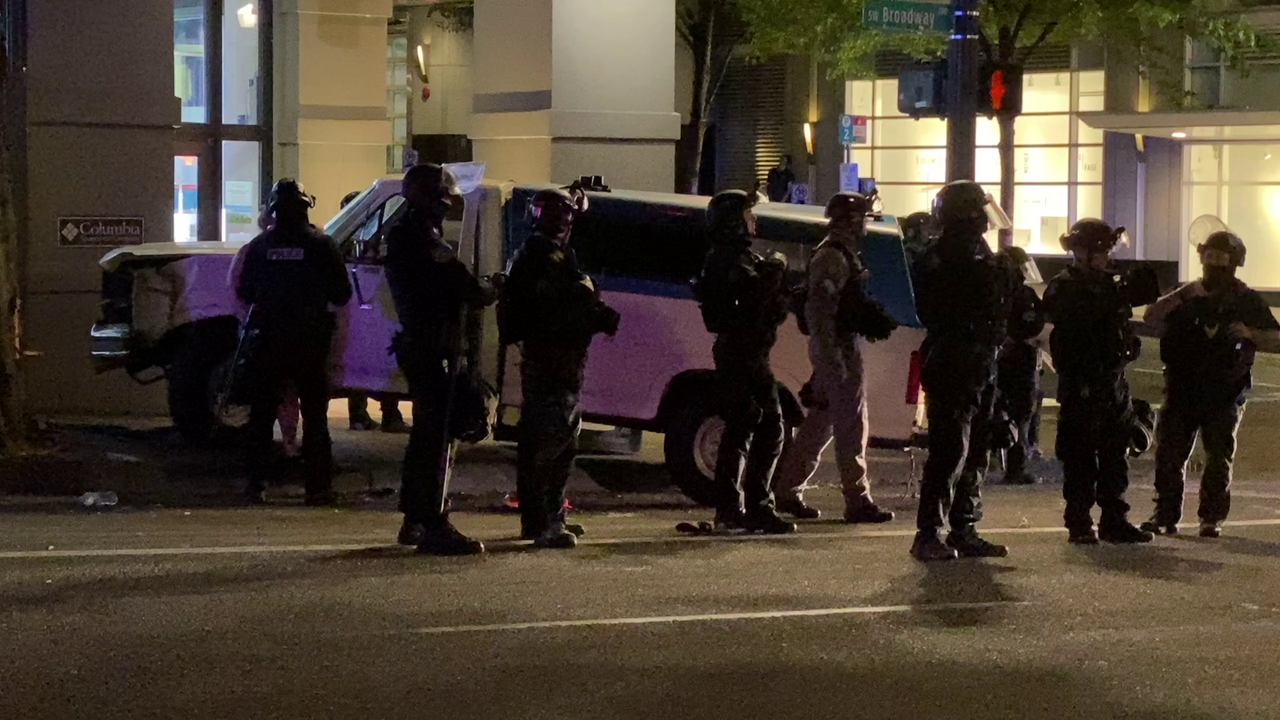 A man was appeared to be knockdown and punched by a bunch of people near a peaceful protest in Portland. Multiple videos posted online apparently showed the man sitting in the street next to a truck he had been driving, which had crashed and come to a stop on a sidewalk on Sunday night, news outlets reported.

Keep on reading to find out more. But, before that have a look at this video-

People’s reaction to the Man and their Help for Him

People were crowded around the man and he appeared to have been punched at least once and later kicked in the head. Ultimately knocking him flat. The man was taken to a hospital with serious injuries, Portland police Sgt Kevin Allen told the Oregonian/Oregon Live. The truck was towed. It was unclear what exactly led up to the crash and the confrontation. Separately, a protest that began on Sunday evening was led by Letha Winston, whose son Patrick Kimmons, 27, was fatally shot by Portland police in 2018. The group marched through downtown and ended up outside the US courthouse, where people left flowers and candles beside a photo of Kimmons

Portland has often witnessed a protest in different parts due to the killing of George Floyd in a struggle with a police officer. This incident has ignited protests all over The United States. People were seen vandalizing and setting fire in The Portland police association. Overnight on Saturday, a riot was declared and police used crowd control munitions, including smoke, to disperse a gathering outside a law enforcement building. Authorities said people threw “softball size” rocks, glass bottles, and other objects at officers. Two police officers were treated at the hospital after being hit by rocks. Eleven people were arrested. 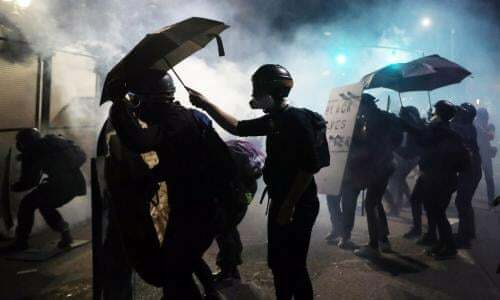 The conversation on race.

Justice for the race has just only begun. People around the globe stand in solidarity to voice against the violence and exploitation they have been suffering. All because of racial discrimination. 2020 has clearly shown that police brutality unfairly targets black people. We’ve witnessed the racial inequalities of Covid-19. From the scale of the loss of life to the catastrophic economic consequences for individuals and businesses. We’re committed to helping tell the stories that need to be told, from people who deserve to be listened to. With your support, we can intensify our ambitions.

Share
Facebook
Twitter
Pinterest
WhatsApp
Previous article
Wendy Williams Drops Bomb Confession About Her Tragic Betrayal And Mocks Her Ex Husband Kevin Hunter!
Next article
Design’s “New Outlining” 2020 released. Check out who along with “Rihanna” and “Sissy-Edgar Jones” made it to the list?