Fortnite sues Google and Apple. Click here to know why Fortnite wants to sue them. 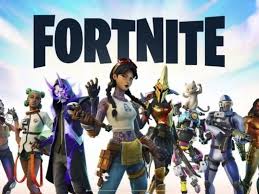 Fortnite to fight a legal battle against the giant’s Apple and Google. Soon the Fortnite makers are going to take legal action against Google after banned from the google play store. This was the same followed by Apple.

What has actually happened?

Fortnite’s latest update offered all the players a 20 % discount on its in-game currency V-bucks. This was only when someone pays Epic Games directly rather than using Apple or Google’s payment systems. Well, this was a breach applied by both the stores.

On Thursday, Apple removed Fortnite from its App store. This leaves no other option for the new players to download the game Fortnite.

What is in the court case?

Documents available through the US court records system show that Epic Games has filed a complaint. This is against Google in a California court, just as it did against Apple.

Much of the complaint is about the compulsory 30% cut Google takes from sales in the Play store, similar to Apple.

The document highlights that Google’s motto was once “don’t be evil”.

“Google has relegated its motto to nearly an afterthought, and is using its size to do evil upon competitors, innovators, customers, and users in a slew of markets it has grown to monopolize,” it says.

It describes a deal that Epic Games had reached with phone-maker OnePlus. That was to make its games available “seamlessly” on their devices.

“But Google forced OnePlus to renege on the deal, citing Google’s ‘particular concern.” Epic having the ability to install and update mobile games while ‘bypassing the Google Play Store’,” it said.

It said LG had also revealed its contracts with Google prevented it from adding Epic Games software to its devices. 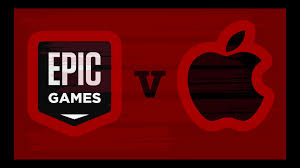 What does Google say?

In a statement, Google pointed to the fact that users can technically install apps from other locations, and said using the Google Play store was a “choice”.

“For game developers who choose to use the Play Store, we have consistent policies that are fair to developers and keep the store safe for users.

“While Fortnite remains available on Android, we can no longer make it available on Play because it violates our policies.”

What does Apple say?

In a statement, Apple said: “Epic has had apps on the App Store for a decade, and have benefited from the App Store ecosystem – including its tools, testing, and distribution that Apple provides to all developers.