Huge storms may have filled lakes on ancient Mars. Click here to know more about it 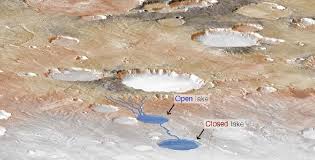 A great new breakthrough into the field of space and technology. We are with new facts about the red planet. Each space agency is leaving no stones unturned to just get there first. It is very much similar to the Space Race which was prevalent between NASA and the SOVIET Union.

What new has been found out about Mars?

Is life possible on other planets in the solar system?

Can humans sustain on mars?

Is any other planet in the solar system, capable of thriving human-like life?

The answers to all the questions above are still not there. But the recent result of a research work done can really make things a bit more easy to understand.

A new study from The University of Texas at Austin has helped scientists to piece together the ancient climate of Mars. It basically reveals the amount of rainfall and snowmelt is filled in the lake beds and rivers. More astonishing this ice melt and rainfall got filled some 3.5 billion to 4 billion years ago.

This particular study has been published in Geology. It has been the first time that researchers have quantified the precipitation. This is the precipitation that would have been present across the planet. It also comes out that NASA’s 2020 Perseverance rover is now soon going to make it was to the red planet and it would be landing on one of the lake beds. 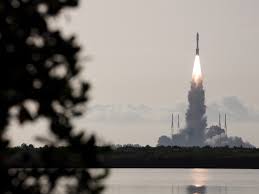 The ancient climate of mars is some sort of an enigma to the scientists. The mere existence o the river beds and the lake beds paints a picture of a planet with a significant rainfall. This is the fact that has caught the eyes of many geologists.

So far before this research was carried out the scientists specializing in computer climate models of the planet haven’t been able to reproduce an ancient climate with large amounts of liquid water present. 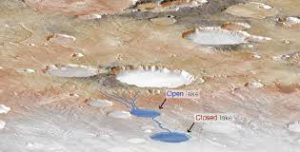 Why this research is such important?

This is extremely important because some 3.5 billion to 4 billion years ago Mars was covered with water. It has lots of rain and snowmelt to fill those channels and lakes. But now all these features are completely dry. This has given rise to the very fact that life may have been there on Mars when water was also there.

Thus this research gives scientists a motive to find out the reason behind the disappearance of all the water and lakes and rivers.