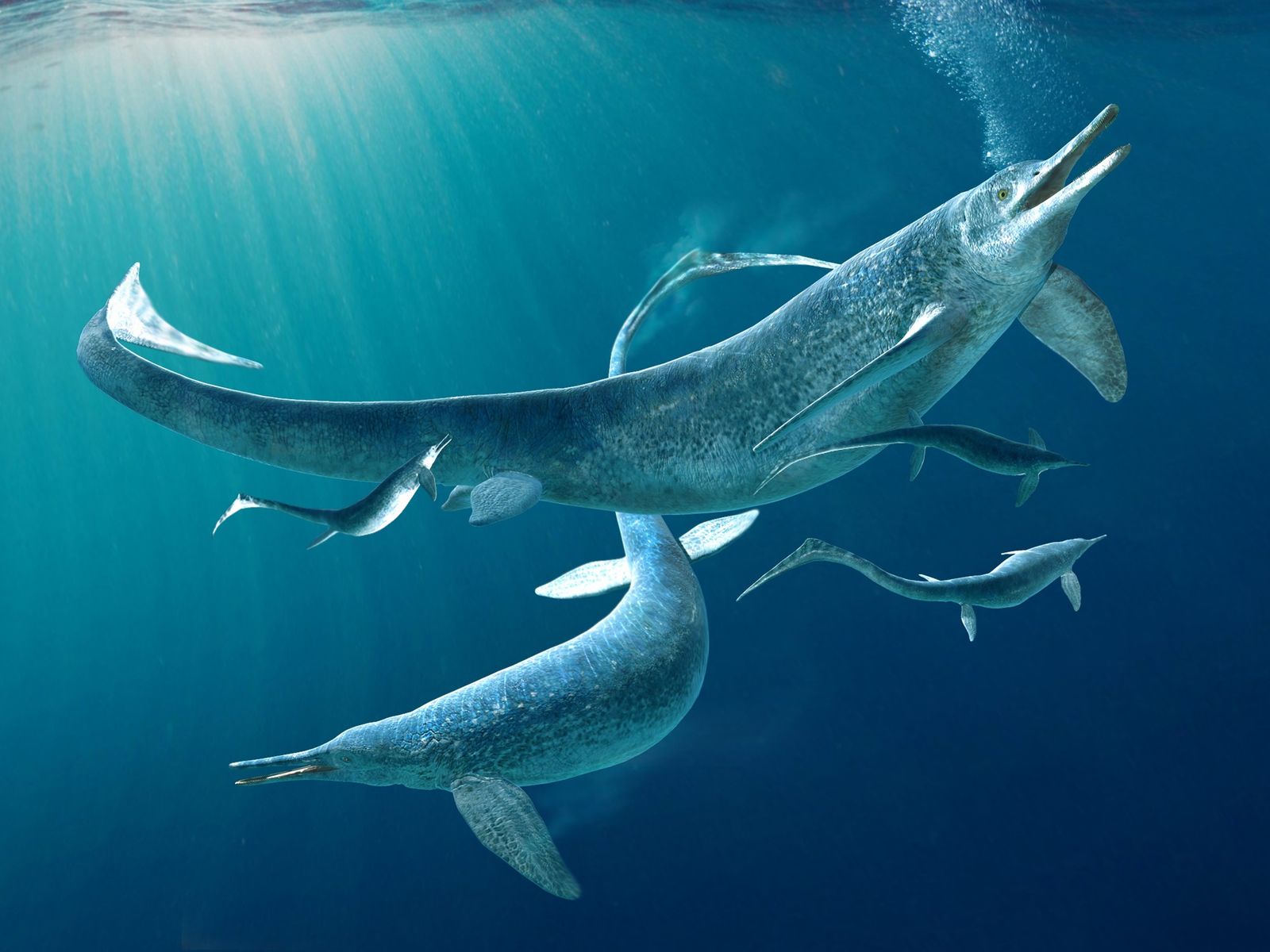 Fossils are the only way of knowing the past. If we want to know our pre-historic time, their death stories then studying their fossils is what scientists believe in. With the continuous research, they have now discovered the fossils of 240 million years ago. The fossil belongs to the underwater creatures and it is quite historic.

The most fascinating of all, this fossil has attracted everyone’s attention considering its type. This “turducken” fossil story remained underwater for many million years until in 2010 the scientists started to explore the life and death of sea creatures.

The scientists began their search much later and finally in 2010 the whole mystery uncovered. In the Southwestern China the fossil was first discovered and the area was beneath water many years ago.

The fossil is one of a kind and has opened up the pre-historic mysteries of life and death. The scientists believe that the fossil combines two reptiles. According to their research, the prime reptile who is the predator has swallowed another reptile who was much smaller in size. And finally, they both died thereafter resulting into a huge fossil. 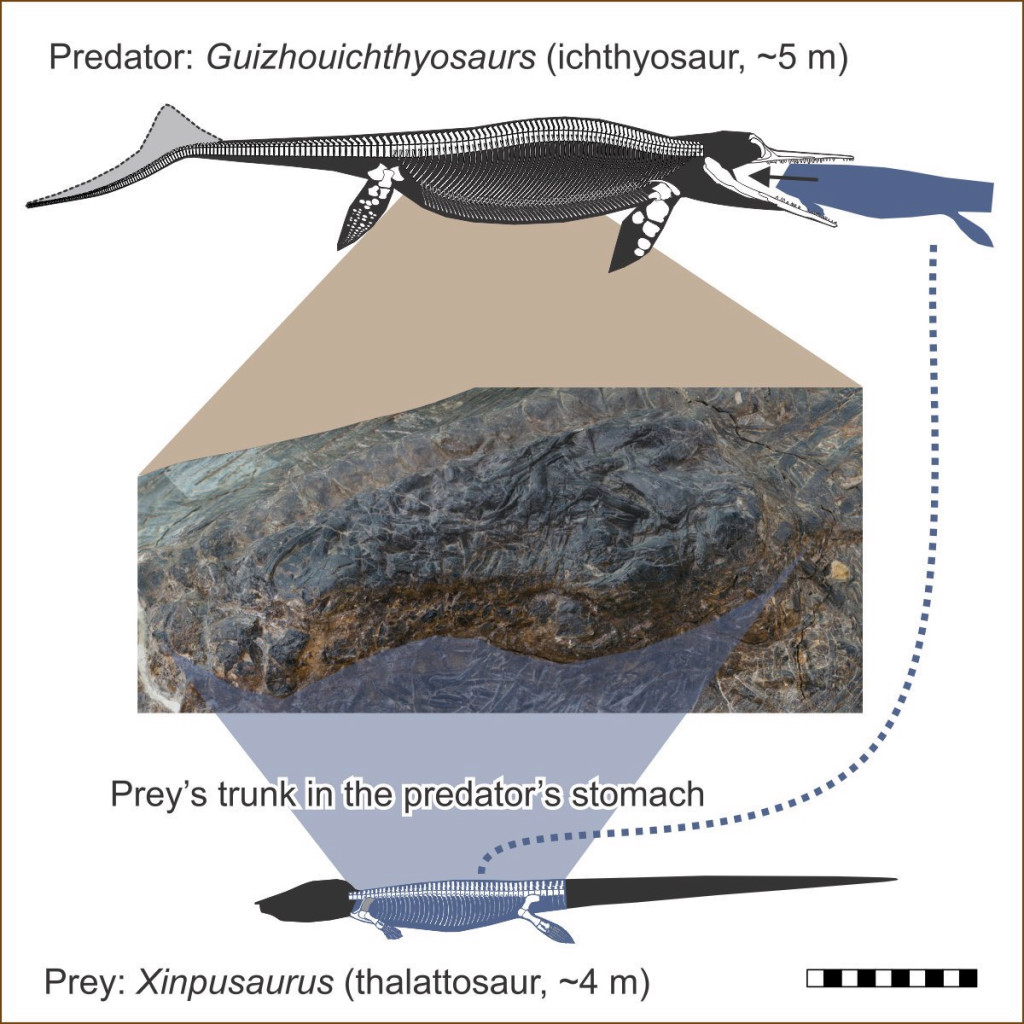 As per the study, it is discovered that the massive predator named “Ichthyosaur” looks similar like dolphin. They belong to the Mesozoic era with a long-pointed head and a vertical tail. It was almost 15 feet long which gobbled 12 feet reptile. It is the biggest discovery and believes to be the first of this kind. Not only this, it is the largest fossil which has revealed many unknown truth. The ancient “Ichthyosaur” had strong jaws and pointed teeth which can easily tear apart the flesh of other small marine animals. And this  happened with its last meal “Thalattosaur”.

Ryosuke Motani, a paleontologist at the University of California said that earlier they had no evidence on the fact that the ancient marine animals fed on larger preys. But now because of this fossil, it has been confirmed. With this study, it is now established that “Ichthyosaurs” are one of the first mega predators who used to eat other bigger creatures, even larger than humans. 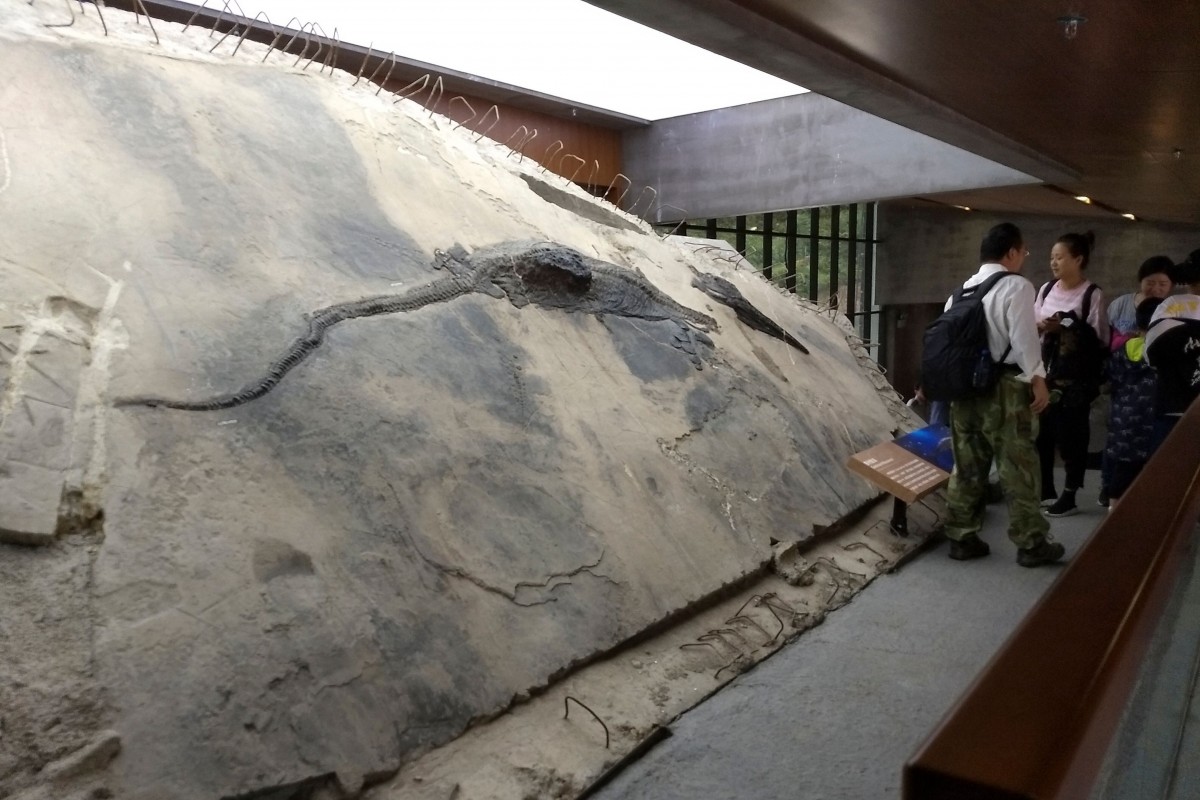 Although the cause of Ichthyosaur’s death has not yet found but it is proved that 12 feet “Thalattosaur” was his last supper.

The site where this unique fossil was found has finally been turned into a giant museum. And it has become the part of Xingyi Geopark Museum in China.

Share
Facebook
Twitter
Pinterest
WhatsApp
Previous article“Skyrim Special Edition Mods”: All you need to know about the latest Skyrim special edition mods and their features! Click to know the details!
Next articleTrey Songz: Aliza reveals how Trey peed on her without her consent; accuses him for sexual misconduct. Click here to know how Trey reacted