How astronauts go to the bathroom in space?Click here to know exactly how they solve this problem. 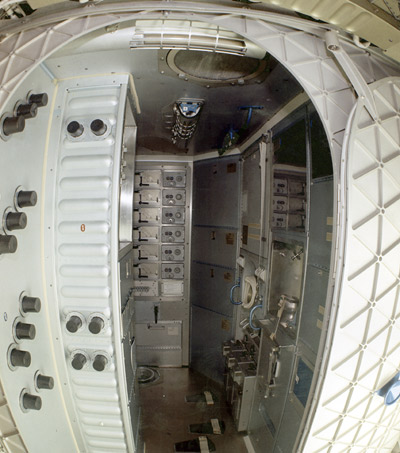 Space, where there is no oxygen to breathe, where it’s all just nothing outside that spacecraft. The place where you take your own food. These things can be managed to have been made possible somehow. But how to manage a necessary human process of eliminating the waste material?

So how do astronauts go to the loo in space?

The National Air and Space Museum has a $50,000 toilet. It’s functional, and it answers one of the greatest engineering puzzles of the 20th century. The question is ” How to pee in space? ”

Normal toilets can’t be used in the spacecraft. That is because of some very obvious reasons. In space, the astronauts use a special ” space toilet ‘

This ‘ space toilet ” in the museum is a replica of the waste collection systems used aboard NASA’s five space shuttles—Atlantis, Challenger, Columbia, Discovery, and Endeavor—which launched into space on 135 missions between 1981 and 2011.

The subject is so popular, says museum staffer Michael Hulslander, because “it is truly universal.” The first thing he thought when planning the exhibition was “oh my god, we need a toilet.”

How did the space toilet look like and how it worked? 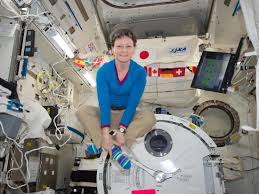 The space toilet doesn’t look much different from the Earth-bound toilet in your home bathroom.

Its base is larger, its bowl is smaller and it has an elephant trunk-like tube. For context, look past the right chair in this image of Discovery’s mid-deck), but months of research and testing go into each model to ensure it runs maintenance-free for the duration of a mission. And research costs add up: the price tag on the actual space shuttle toilet that flew on Endeavor? About $30 million. 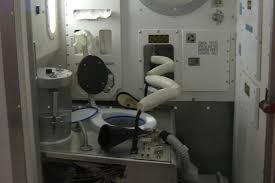 While the more recent space toilet models used on the International Space Station. They do more and cost less than those aboard NASA’s shuttles (these range in the ballpark of $19 million; one even purifies urine into potable water), all space toilets rely on the same basic system to remove waste: differential air pressure.

Liquid waste is sucked into a plastic funnel on the end of the trunk-like tube and deposited into the base’s urine container, which vents into space when filled.

Outside, the urine sublimates and eventually turns into a gas. Solid waste goes straight into the bowl, Earth-style, where it is stored for the remainder of the flight. Jettisoning solid waste would ”just be bad for business,”. Hulslander says because it would send a projectile hurtling 17,500 m.p.h. through space—unlikely to hit anything, but better safe than sorry.

Share
Facebook
Twitter
Pinterest
WhatsApp
Previous article
“Red Dead Redemption 2”: Unlock all 37 cheat codes available for RDR 2 to enjoy the game to the fullest! Read to know how you can unlock the cheat codes!
Next article
“The Sims 4”: Get satisfaction points, money, and more in Sims 4 on PS4 AND Xbox one!! Click to know about Cheat Codes and more!