NEOWISE: The brightest comet will be helpful in discovering the early formation of Solar System. Click here to know everything 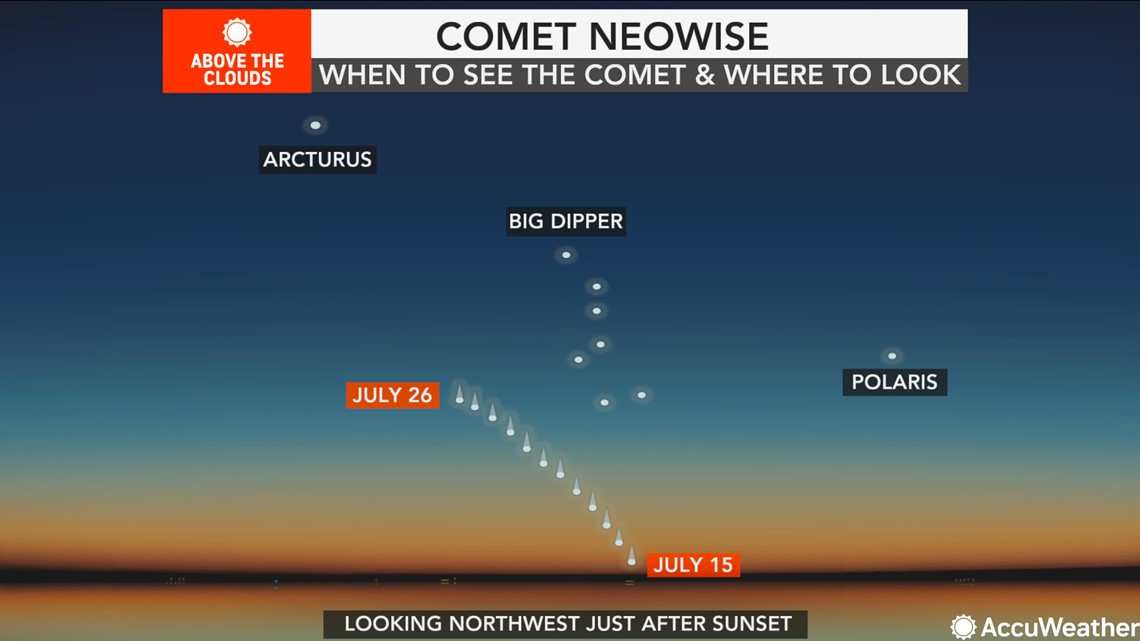 NASA in its joined corporation reveals the brightest comet seen since 1997. On 8th August 2020, Hubble Space Telescope captured the brightest comet “NEOWISE”. Although this was a joint corporation project between National Aeronautics and Space Administration and European Space Agency. And the NASA’s Goddard Space Flight Center situated in Greenbelt managed the entire clicks with this telescope.

Near-Earth Object Wide-field Infrared Survey Explorer shortly known as NEOWISE was under keen observation since March 2020. Throughout the summer, Hubble was trying to keep an eye on its changing form as soon as it was traveling away from the Sun.

NEOWISE: Distance from the Sun

The newly discovered comet was first seen on March and was continuously under observation. But Hubble finally captured this one on 8th August 2020 as it crosses the Sun. According to NASA’s data, on 3rd July the distance between the Sun and the comet NEOWISE was smallest. The comet was only 27 million miles or 43 million km away from the Sun. This is for the first time, the comet did not break apart with the Sun’s enormous heat.

NEOWISE is a rare case which is very helpful for future research. Mostly, all the comets break apart due to the excess gravitational and thermal forces exerted by the Sun. But this time, the situation is different as the nucleus of the comet remained intact. 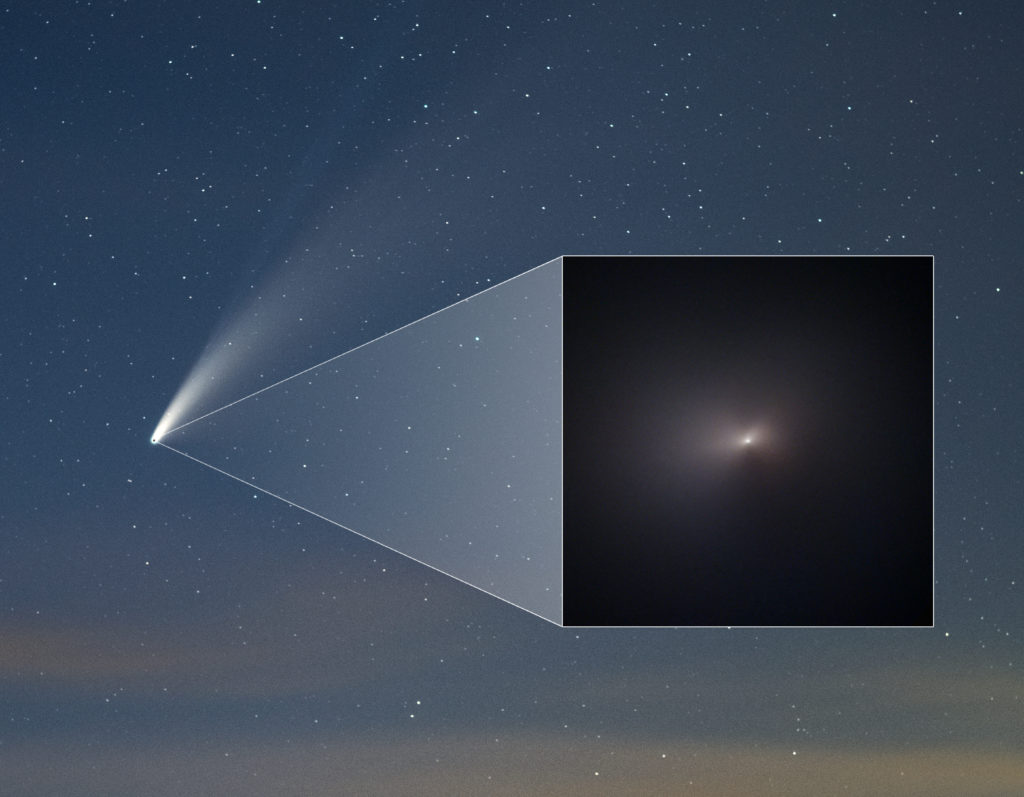 Although this telescope was better and even successfully captured the images in better resolution. But even then, it is difficult to observe the heart of the comet. As per the research, this icy nucleus may be not more than 3 miles or 4.8 km in diameter. And the vast cover surrounding the nucleus which is made up of gas and dust is estimated to measure 11,000 miles or 18,000 km across.

The Hubble Space Telescope may be insufficient in capturing the middle icy area of the comet but is very helpful in the future research. The photographed images clearly show the surrounding dust and its changing color because of the Sun. Comets generally tend to break while coming in the close vicinity of the Sun. But this time, NEOWISE is revealing some new feature of color changing. This will help in understanding how the solar heat affects the composition and structure of the comet’s dust. Scientists have already set their ultimate goal of finding the actual properties of the dust. And with this, more mysteries revolving the formation of early Solar System will also come out. 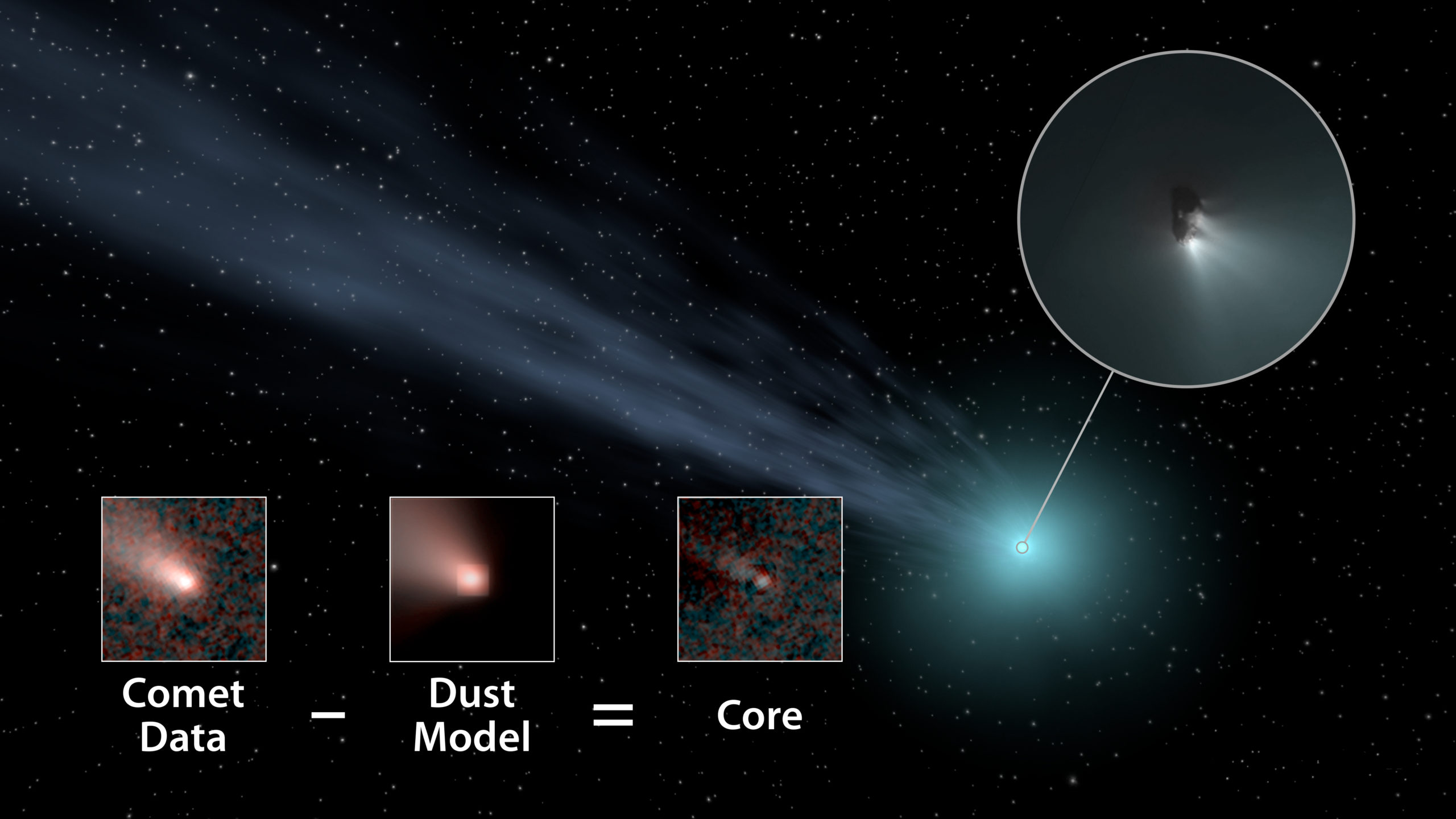