Forget iPhone SE: Moto’s new $400 phone has four cameras and a massive battery.Read To Know About The Great Deal! 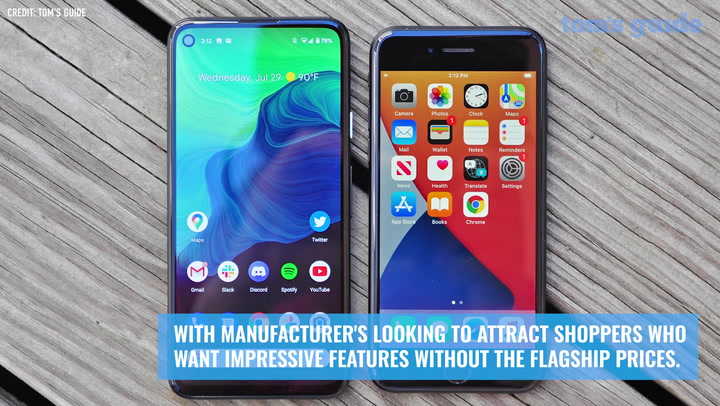 The midrange phone market is getting downright crowded these days. With the Apple iPhone SE and newly unveiled Google Pixal 4a looking to attract shoppers who want impressive features without the flagship prices. Now Motorola is wading into the mix with a new mid-range model. It focuses on cameras and battery life to try and win people over.

Previously available in India as well as parts of Europe and Latin America, the Motorola One Fusion Plus lands in the US tomorrow where it will cost $399. That’s the same price Apple charges for the iPhone SE and $50 more than the Pixel 4a.

Motorola thinks its phone can stand out from those two sub-$400 devices with a multitude of rear lenses and a big battery. The Motorola One Fusion Plus has four rear cameras — the iPhone SE and Pixel 4a sport just one lens each — while also relying on a 5,000 mAh battery to stay powered throughout the day.

That quad-camera array is led by a 64-megapixel main sensor, with an 8MP ultra-wide-angle lens providing a 118-degree field of view. A 5MP macro lens and 2MP depth sensor round out the cameras on the Motorola One Fusion Plus. Upfront, there’s a single selfie cam on the Motorola One Fusion Plus, and it’s a pop-up 16MP shooter. That allows the camera to disappear from view when it’s not needed, freeing up more screen real estate on the Fusion Plus’ 6.5-inch display.

Multiple cameras are becoming an increasingly common sight on midrange phones. For example, the OnePlus Nord— another sub-$500 phone — features the same four types of lenses found on the Fusion Plus, albeit with different megapixel ratings.

Some more reasons why the MOTO One Fusion Plus is better!!

One area where the Motorola One Fusion Plus could best the iPhone SE and Pixel 4a is battery life. Neither of those phones impressed on our battery test. This involves continuous surfing over LTE, finishing below the average time for smartphones. The Fusion Plus has a 5,000 mAh battery, and that figures to let the Motorola phone last a long time on a charge.

For context, the Moto G Power — a budget device from Motorola — also has a 5,000 mAh battery. And with a time of 16 hours and 10 minutes on our battery test. The G Power has the best phone battery life we’ve seen. We’re interested to see if the Motorola One Fusion Plus can match that.

In terms of other specs, the Motorola Fusion One Plus runs on a Snapdragon 730. It is a similar chipset to the one the Pixel 4a uses. (Google uses the Snapdragon 730G variant.) Motorola equipped the phone with 4GB or 6GB of RAM depending on region and 128GB of storage. The 6.5-inch LCD screen features a Full HD+ resolution and the phone ships with Android 10.