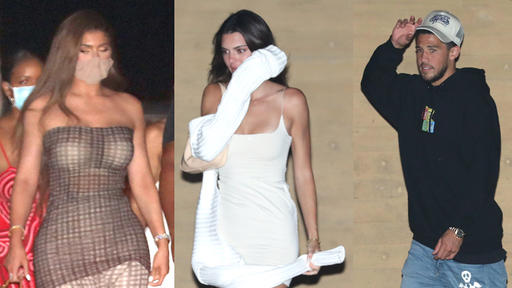 Kylie Jenner loves stealing the spotlight when she can and Saturday night at Nobu was no exception! The cosmetics mogul – who recently celebrated her 23rd birthday – played the third wheel by joining sister Kendall. On her date night with NBA star Devin Booker of the Phoenix Suns. Kendall and Devin were first linked together back in April but rumors of a romance became far more prominent when their flirty Instagram messages went viral.

Kendall Jenner and NBA player David Booker are still spending time together, fueling rumors of a romantic relationship. Jenner had captioned the clip a close-up video of herself looking serious for the camera, with a simple strawberry emoji. “I like strawberries,” Booker commented, to which she responded with four strawberry emojis. The Keeping Up with the Kardashians reality star and the basketball player were first spotted together on a road trip from Los Angeles to Arizona in April. A month later, on Memorial Day, Jenner was seen driving around with booker near Van Nuys Airport in L.A

On Saturday, August 15, Kendall and Devin were spotted at Nobu restaurant in Malibu, California, along with Kylie, People reports. The rumored romantic duo appeared to arrive separately, with Kendall sporting a casual slip dress and Devin wearing a sporty ensemble of a black hoodie, jeans, and Air Jordans. The dinner date confirms that Devin has met at least one member of Kendall’s family, Kylie—a moment that marks a milestone in any new couple’s relationship. Kendall Jenner’s passion for professional basketball players has continued as romance rumors hits new levels after she went for a date with Devin Booker. The 24-year-old model was seen with NBA star Devin, 23, having dinner together at Nobu restaurant in Malibu, California – albeit with her sister Kylie in tow. 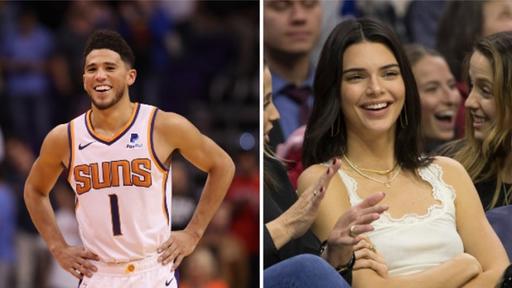 The Keeping Up With The Kardashians star was cutting a dash in a cream-colored slip dress with an off-white cardigan as she stepped out with the Phoenix Suns star. Devin may have been seeking solace with Kendall after his team was defeated by the Memphis Grizzlies in a tiebreaker. With his basketball season over, Devin has left the NBA bubble in Florida, and spending time with Kendall seems one of his top priorities.