Kevin Bacon preparing his “Morning Mango” may be TikTok’s sexiest ASMR video. What’s so special about it? Tap here to read. 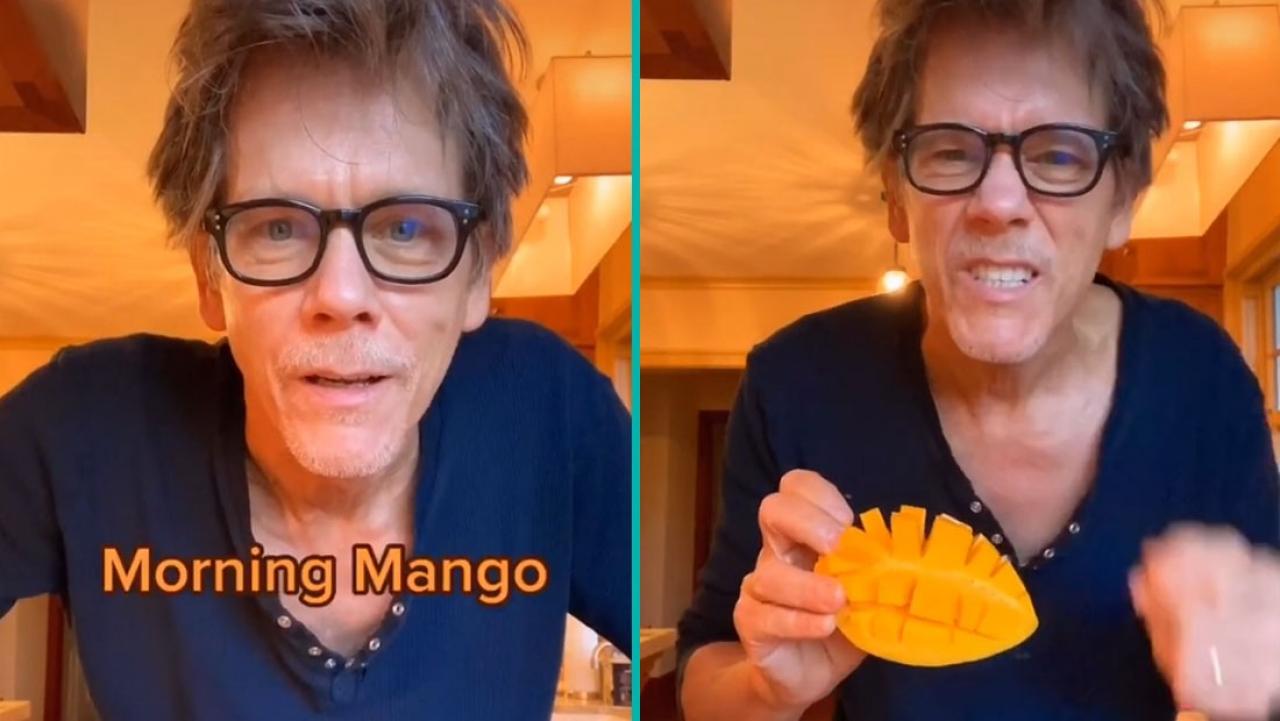 Video sharing is the best thing to do during the boredom of this pandemic. If you installed TikTok on your smartphone it becomes quite easy. Kevin Bacon’s latest 58 seconds video featuring morning mango breakfast is circulating over the internet garnering humongous likes and comments from the viewers. Watch this amazing video:

In the video, he was spotted preparing a unique mango breakfast while her wife Kyra Sedgwick was in deep sleep. The 62-year-old actor interacted in a hushed voice to prevent any disturbance to her while stating his 5-step technique to prepare the cuisine. He starts the soothing video by saying good morning.

The video explores the “Footloose” actor Preparing his special recipe in disheveled hair. Cutting mango in between the half for his use. further lacerating certain jig jag cuttings with his knife over its surface. After he was done, he squeezed the mango to turn it inside out to prevent stringy portions from sticking the teeth. Further steps involve garnishing it with fresh lime juice along with sprinkling some chili powder, though not too much besides few pinches of sea salt finally add taste to it.

At last, he takes a bite of his self-prepared recipe and reveals it as “pretty good” displaying how tasty it is.

A Lot of comments 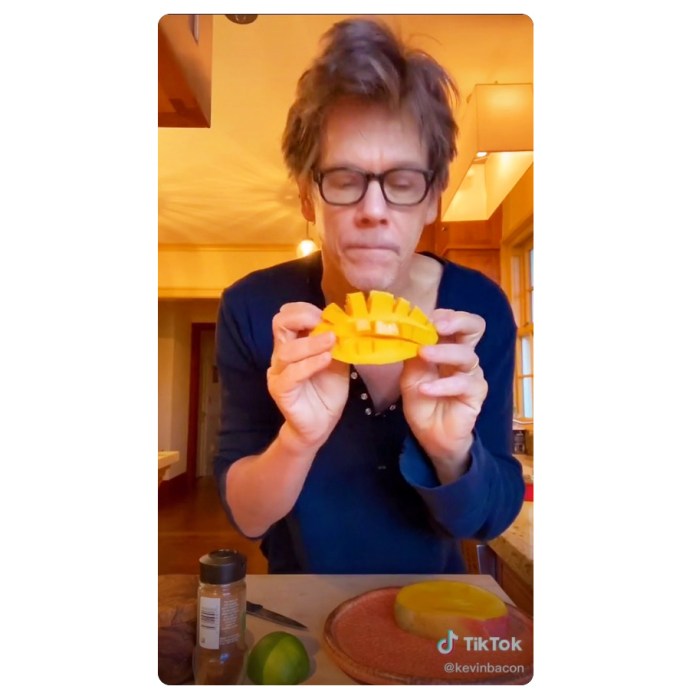 Soon after the upload of his video on TikTok and various other social media channels, a flurry of comments is noticed with 304,000 followers sharing their reactions in spate.

One user wrote, “I didn’t know I needed this until now.” While others mentioned,” your voice is so sweet when you whisper like this.”

one enthusiastic fan wrote “After seeing this, I know 2020 will get better. @Kevin bacon is the hero we need and love.”

The comments didn’t stop here, crazy fans went a step beyond with some people termed his voice possessing medicinal effect.

“Bacon’s calming reaction had a medicinal benefit and lowered my blood pressure.” Wrote a user

Another user wrote, “Yes kelvin, Whisper to me.”

We can get an insight into the popularity of the video where it gathered 229,000 likes and a total of 6,600 comments, at the time of writing this article.

The actor has admitted that he has inadvertently created an ASMR video but now it is sending tremors across various social platforms leaving a tingling effect over fan’s mind. We can expect to see in the coming days, what more it can bring to the fans.

For more news and info stay connected with us.