77th Venice Film Festival: The guests decked-up for their “Red Carpet” look while maintaining all the safety precautions. Click here to know the details 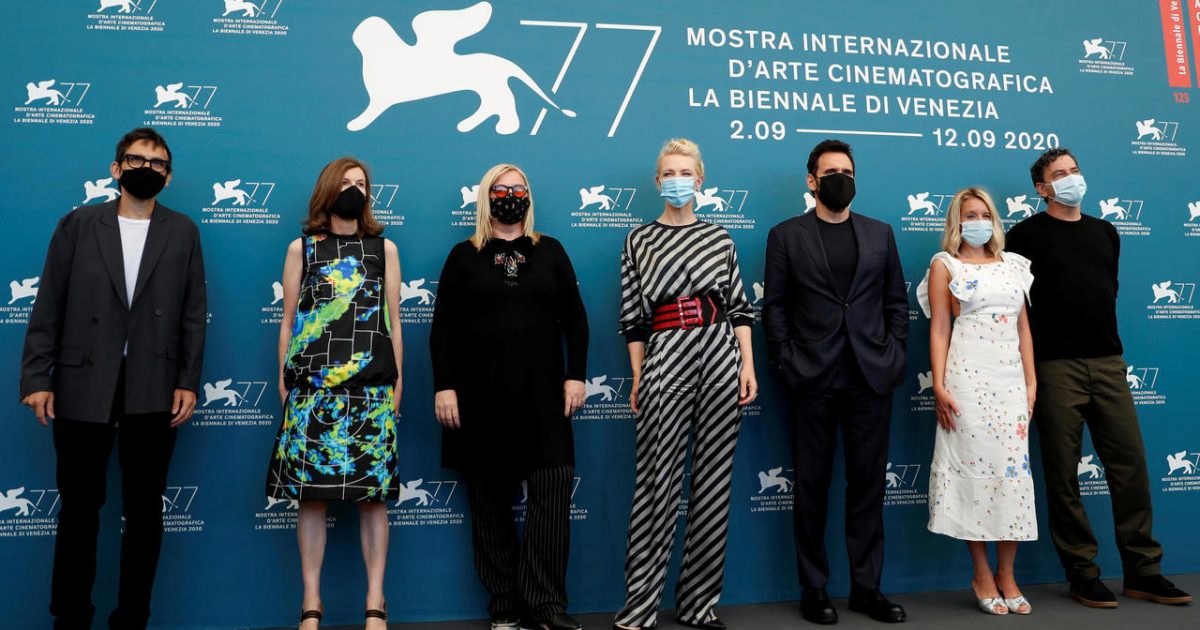 Venice Film Festival is one of the oldest film festivals. This is the biggest occasion for all the film lovers from around the world. It has started its custom in the year 1932 and has successfully completed its 88 years. The biggest International Film Festival is all set to excite the film addicts, makers and even the enthusiasts in the middle of a pandemic.

The festival which has entered on 2nd September is going to follow many restrictions and precautions unlike the previous ones. The kick off start has already set the tone for the entire journey.

The Venice Film Festival is organized by “La Biennale di Venezia” has already started on 2nd September. And will continue till 12th September 2020. Their supreme aim is to create awareness regarding all the genres of arts. Moreover, they want to promote the international and lesser known cinemas which have the potential to influence its active audience. 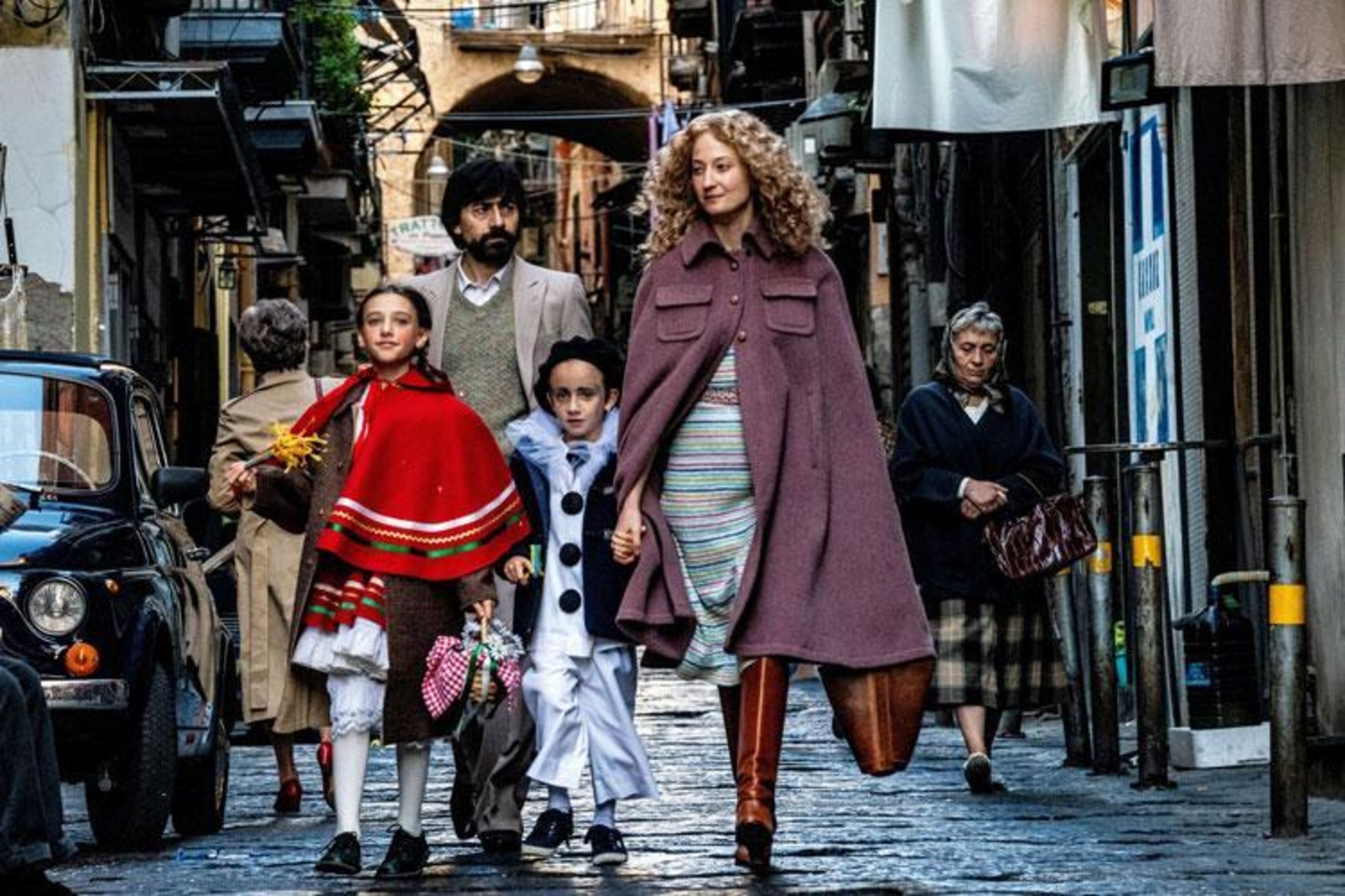 It is for the first time in 11years that the film festival is opening with an Italian film. “The Ties” directed by Daniele Luchetti got the honor to open the festival.

77th Venice Film Festival is one of the first cultural events to held in Europe since the breakdown of Covid-19 pandemic. However, all the precautions are maintain by the guests. Among the biggies to arrive at the red carpet on Wednesday evening was the Jury President, Cate Blanchett. 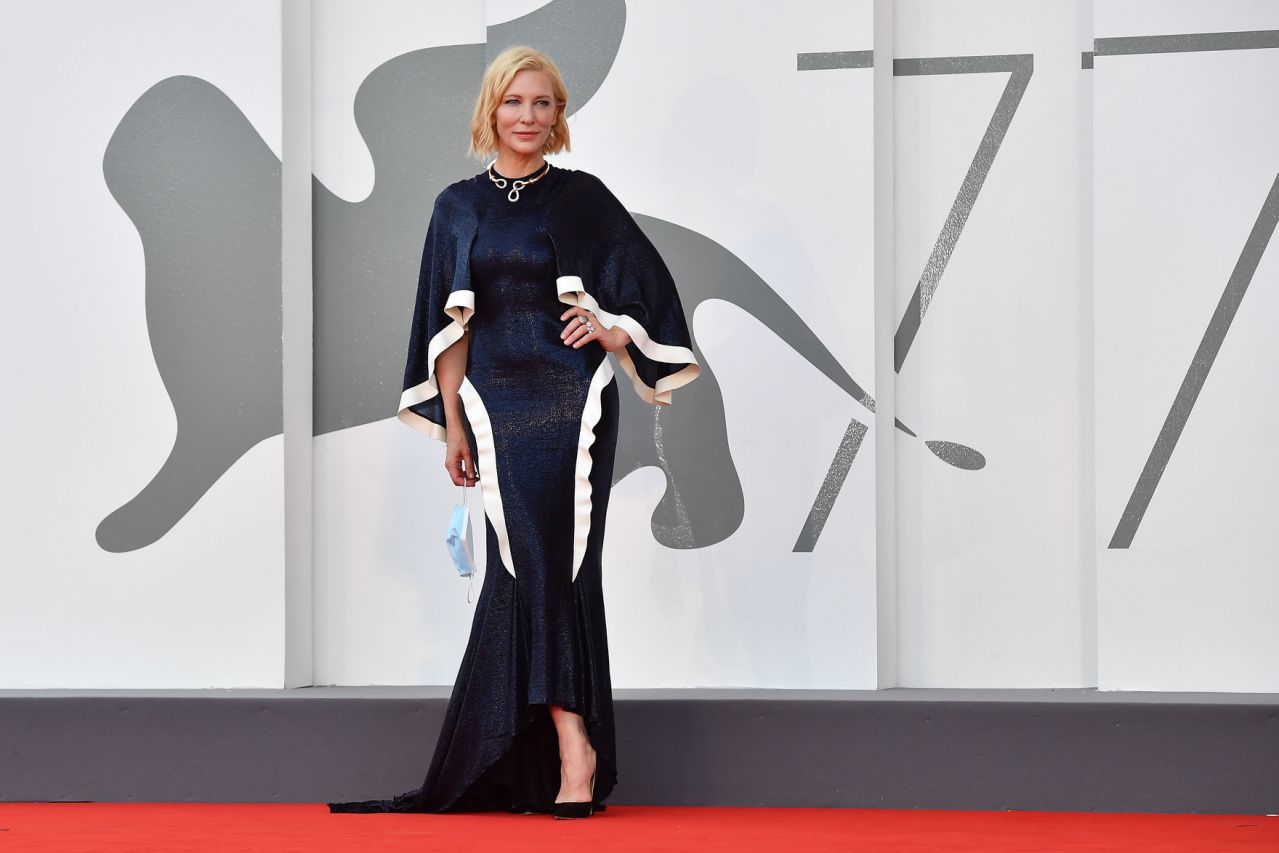 With her arrival the whole social distancing event felt a little glow with her fancy glittery monochrome gown. The Academy Award winning actress maintained all the safety measures and even wore a mask while interacting with all her members.

The other stars slowly joined the festival including Elodia, Taylor Hill, Viola Arrivabene, Roberta Armani, Anna Foglietta, Ester Exposito. All of them absolutely not failed to maintain the post-pandemic event look with their simple yet elegant style. Tilda Swinton interestingly opted for much stylish way of covering her face with a butterfly mask. But later on, she too covered her mouth with a cloth mask after being awarded with the “Golden Lion Lifetime Achievement Award”. 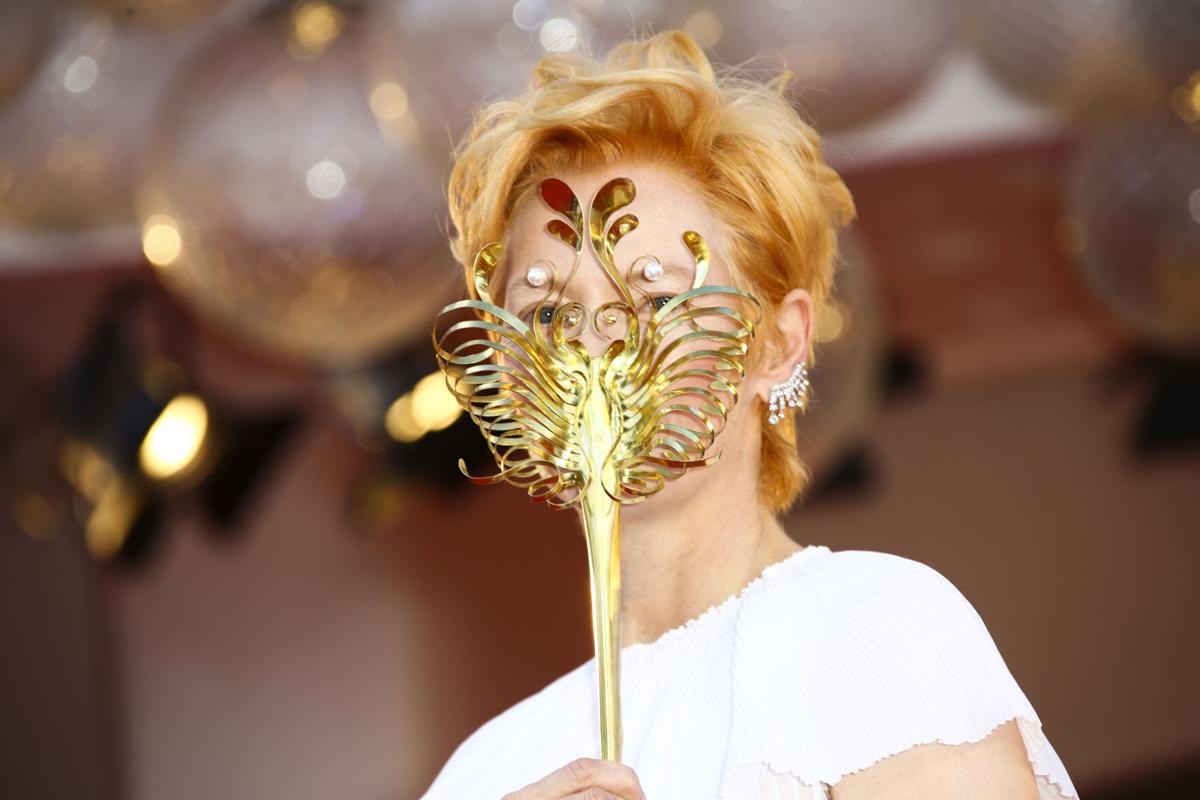