“No Room for jealousy” Even if Your Wife is Dating the Sexiest Man Alive!Read To Know More

Roland Mary is 68 years old and owns the famous Borchardt Restaurant in Berlin, Germany. Roland Mary has been married several times and has five children. He has a seven-year son named Emil with Nicole. Nicole and Roland are in an open relationship.  Roland Mary is not jealous of Nicole’s relationship with Brad.

Rumors have it that Roland is not a bit of jealous and is not interested in negatively. But can you really be the least tensed when your wife is being stolen by the “sexiest man alive !”

No one would want his wife dating the megastar because the charms can be irresistible for anyone.

How Did They Two Meet

“Brad Pitt first met Nicole in August last year at Borchardt,” a friend of Nicole told Mail Online. The restaurant Borchardt is owned by Nicole’s husband, Roland Mary. Nicole travels a lot for her work as a fashion model and she connected with Brad Pitt while she was in LA for work,”

In November 2019, the two were photographed together at a Kanye West concert in Los Angeles. MailOnline contacted Roland Mary about his wife’s new boyfriend, and he replied with “No comment.”

“Roland is a very philosophical guy,” a friend of his was quoted as saying.  “He has been married several times and has five children. He is not interested in negativity or jealousy. They are still married but you could describe their relationship as an ‘open marriage’.”

Mary And Brad Know Each Other

Brad Pitt first met Roland Mary in 2009 when he was in Berlin for the premiere of his film Inglourious Basterds. Brad has been a regular customer at Borchardt since then.

Roland Mary’s restaurant is an iconic eatery and has reportedly become a landmark Berlin’s show business scene. Many popular people like US President Barack Obama and German leader Angela Merkel have dined at the restaurant. 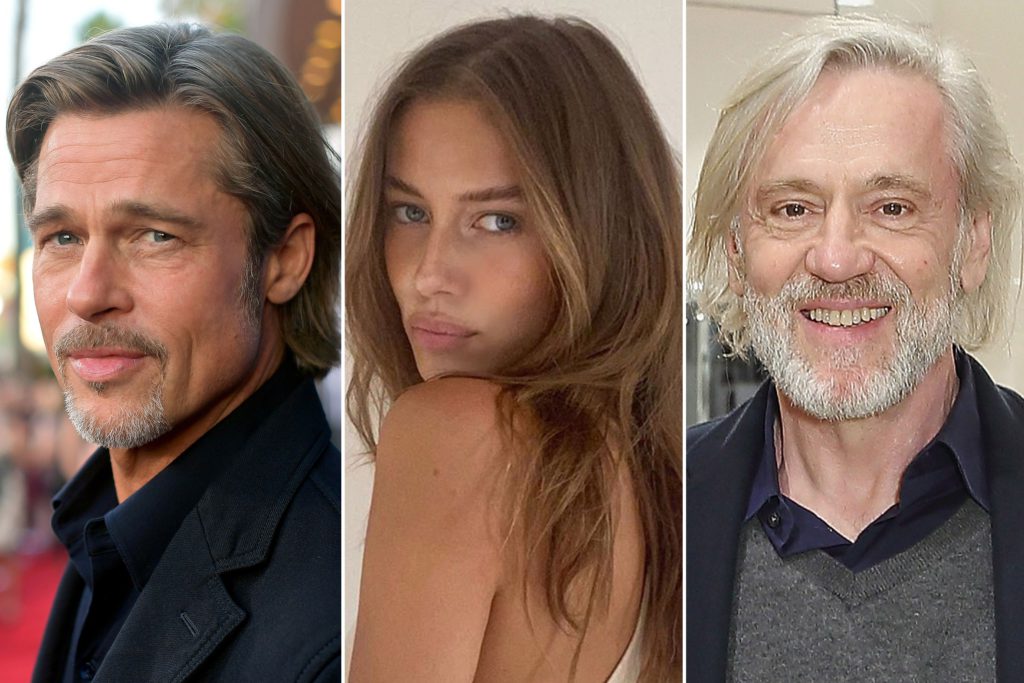 According to a report on Celebrity Net worth portal, Roland Mary is worth somewhere between $30-$40 million dollars. His restaurant Borchardt is one of the most high-end restaurants in Berlin. He has amassed most of his wealth from his highly successful restaurant business.

Brad And Nicole Are On A Vacation Together

“They are seeing each other, they’re enjoying a vacation together,”  The two were spotted arriving at Paris’ Charles de Gaulle Airport last week. “ “They were seen driving in a chauffeured vehicle that took them to the airport for their next flight,” an eyewitness told Entertainment Tonight.

For now, Roland is waiting for his younger wife to return from her secret vacation with Brad Pitt on his Chateau Miraval Vineyard, France.