‘They’ve come to blows, will try and help them out’: Donald Trump on India-China border standoff 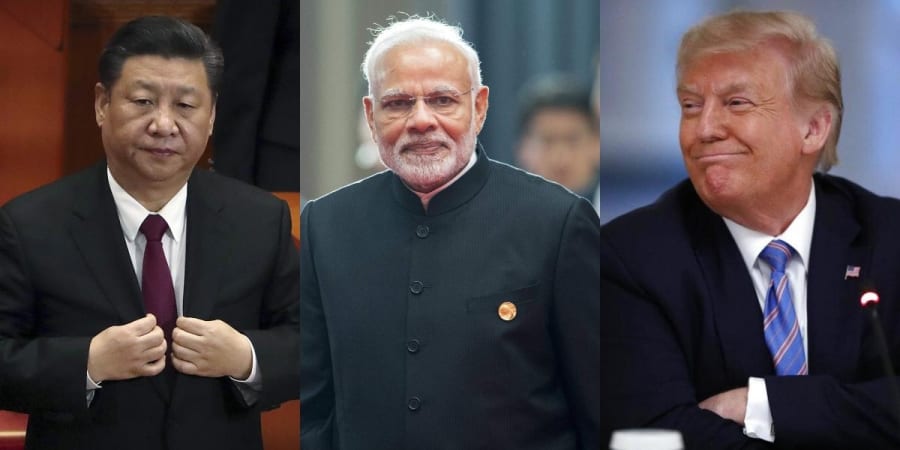 For quite some time, India and China are not in good terms due to the dispute regarding LAC. Chinese troops were entering the Indian territory, and this was against their agreed terms. Moreover, Chinese troops refused from going back, which created tensions. However, this happened many months ago.

Things were starting to cool down when China started to poke again, and the relations are again going haywire due to this. India and China are under constant dialogue with the Defense Ministers of both countries negotiating with each other.

US President Would Love To Help

US President Donald Trump called the ongoing border row between India-China at eastern Ladakh as a “very nasty situation. “If we can do anything we would love to get involved and help.”

“It has been a very nasty situation and we stand ready to help with respect to China and India. If we can do anything we would love to get involved and help. We are talking to both countries about that,” Trump said. Notably, Trump has offered to mediate between the two nuclear-armed nations in the past as well.

Though both India and China had rejected the idea claiming there is no need for a third party to mediate.

When asked if China was bullying India, he answered “I hope not but they are going more strongly at it than a lot of people even understand.”

The United States has accused China of escalating border tension with India and other neighbors by trying to take benefit of these countries busy fighting the coronavirus pandemic.

“Trump and Modi have a terrific relationship and trust between them,” Al Mason, co-chair of the Trump Victory Indian American Finance Committee said, adding that the statements coming from the White House, the State Department, and the US Embassy in New Delhi is reflective of this.

Coming out in support of India, Texas Congressman Lance Gooden said that China cannot be trusted.

Donald Trump Already Talking To Both Countries For Help

Donald Trump has already got into work to offer his help to both India and China. This remains a bit unusual as he already has a bad relationship with China. Trump has been after China and has blamed the country for the pandemic. While talking about the LAC standoff, he said, “If we can do anything, we would love to get involved and help. And we are talking to both countries about that.” If any mediation from Trump happens, which is unlikely, it would swing in India’s favor.