Is BTS Retiring? What boys have planned for the future? Read Jimin and Jungkook’s views on the same and what Rm advises them. 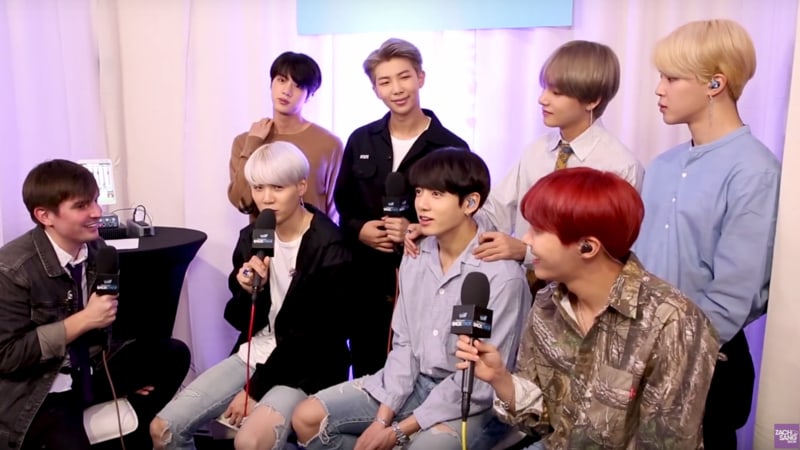 What makes BTS the best k-pop music band in the world? Here is the answer, having initiated its journey in 2013 under the ambit of Big Hit Entertainment, the all-boys-group gave back-to-back numerous super hit albums and world concerts, making itself the first south Korean band with a large fanbase in U.K. and America.

After working continuously for so many years, the Bangtang boys are now looking for some rest, to enjoy their personal teen life. It is also assumed that they are going to join the army, as being mandatory for a south Korean teen falling in the bracket of 20-28 to serve in it, for 2 years. However, exceptions are there. But still, they made clear of their participation in the upcoming event “Love Yourself: Speak yourself” going to be held in Saudi Arabia scheduled in October.

During the release of their Album Break the Silence Ep 6. The group candidly spoke about their plans regarding the continuation of the band and intentions of leaving the show. All seven members of the band Jin, Suga, J-Hope, RM, Jimin, V, and Jungkook shared their views during the break.

The conversation went on with the boys explaining why 2019 remains the best year for them compared to 2018 when they had planned the disbandment due to ongoing difficulties within the band. The group recalled this problem during the MAMA acceptance speech of 2018.

On the question of enviousness among friends, Jin said, “I used to think, ‘Since we’re only human, wouldn’t we be happy as long as we make a lot of money?,'” to which RM stated, “Never.” The eldest member of BTS continued, “But, having tried it, I know it’s not true. My friends tell me that they envy my life but I envy my friends’ lives sometimes. That’s how it is.” Namjoon mirrored his hyung’s stance as he shared, “Same here. They’d say, ‘You’ll never have to worry about finding a place to live.’ Then I’d say, ‘ Look…'” to which Jin continued, “Well, you don’t have to worry when you walk around on the streets.'” 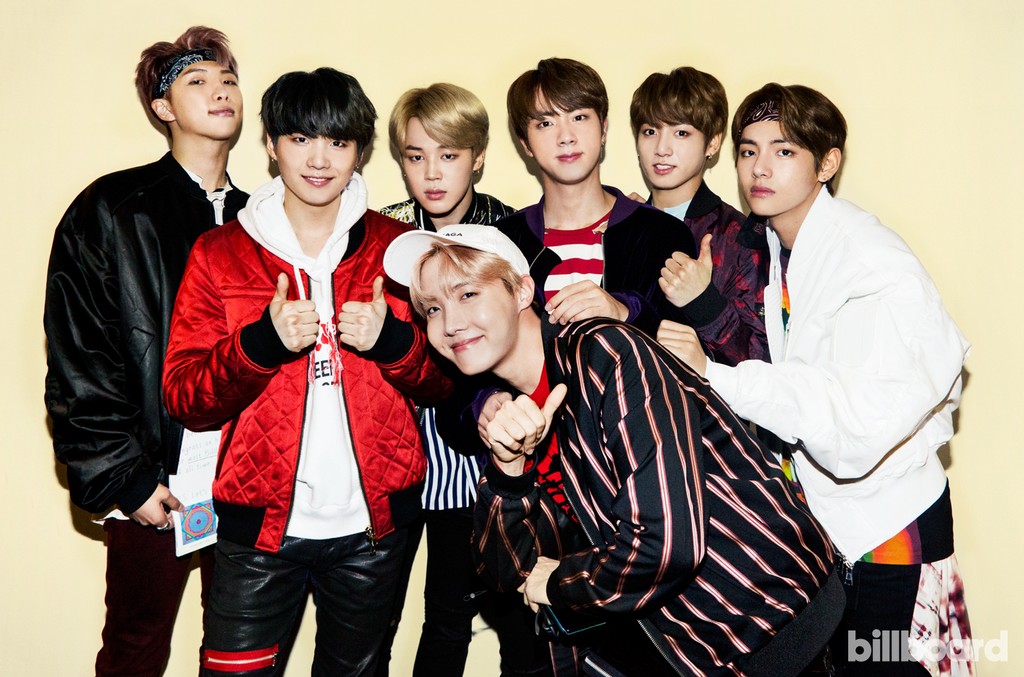 “The grass is always greener on the other side. When you look at what others have, it seems much more special,” Suga pondered. RM then confessed that the fact he’s on this roller coaster journey with six other people who share the same emotions as he does has helped him come this far without any trouble while also keeping him sane. Jimin admitted that having each other to rely on has had a huge effect on them and they don’t even realize it.

Keeping things a bit lighter, V spoke about how he appreciated having J-Hope as his hotel neighbor while Hobi recounted the hilarious moment when he woke up and got a text from Taehyung asking if he needed apples. Then, Jin, Jimin, and Jungkook proceeded to make fun of Yoongi for having weird eye contact with them during their performances. The septet also recounted their food fights like the War of the Dumplings between ChimChim and TaeTae.

Taking things on a serious note age, Jimin noted that; he’s realized with time, BTS has to do this together or else it wouldn’t work for them while Kookie added that others could be envious of them because they don’t get along as well as BTS members do with each other.

“I don’t think I’ll have any regrets. I’ve been to every place I’ve ever wanted to go to,” Suga stated to which Jin added, “Maybe sad, but with no regrets. If there comes a time when I can no longer physically perform, as Namjoon said, the first thing I’d think is, ‘I have no regrets’ because I’ve been to all the places that I’ve always wanted to go.” 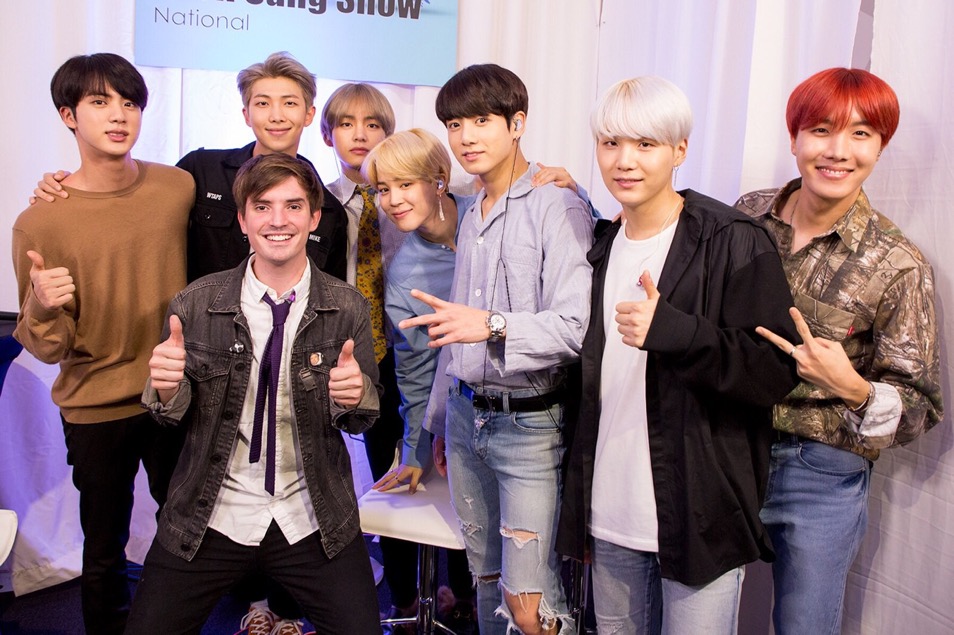 Similarly, J-Hope added that when they do decide to disband, he won’t have any regrets. As long as it’s not a crash but a landing. Jimin confessed that he’s not sure if he’ll be able to admit it when the time comes for them to let go while Jungkook stated that he doesn’t even want to think about it. ChimChim continued that they may have no choice but to disband as well in case they become so physically exhausted to the point that their batteries run out and they can’t recharge themselves. Nevertheless, the Promise singer doesn’t know if he’ll be able to admit or accept it. Jin disclosed that when he talks to veteran artists, they admit that the hardest part is admitting that you’re over the hill while Kookie added that it’s not something that they have experienced.

“There will come a time when we have to accept it. By letting go, it could mean that we let go voluntarily or we may have to let go because of something that’s out of our control. Rather than prepare ourselves for it, that time will come, like you said, so we just need to do our best now. Instead of thinking, ‘I should prepare myself for the inevitable,’ just do your best at the moment. That’s the best we can do. It’s meaningless to make predictions now,” the Bangtan leader eloquently shared.

Jimin agreed as he added that way one won’t have any regrets while also admitting that it would be impossible to not have regrets at all. ChimChim also pointed out that they can’t even predict what will happen to them the year after also or how they will change but it all depends on how hard they try.

For now, “the present is more important.” “Everyone had their ways of coping, so there’s no right answer,” Suga concluded to which Jimin agreed.

Moreover, Jungkook even spoke about the idea of letting BTS go one day later on in the episode as The Golden Maknae confessed, “What if BTS suddenly disbands? What could I do by myself? When I thought about it, I realized that I have nothing. There’s not much I can do. Whenever I think about it. I worry a lot. Sometimes when I’m alone, there are times when I feel overwhelming fear washing over me.”