Rhea Chakraborty: The late actor, SSR’s girlfriend was shifted to the only women prison, “Byculla Jail” in Mumbai. Click here to know the details 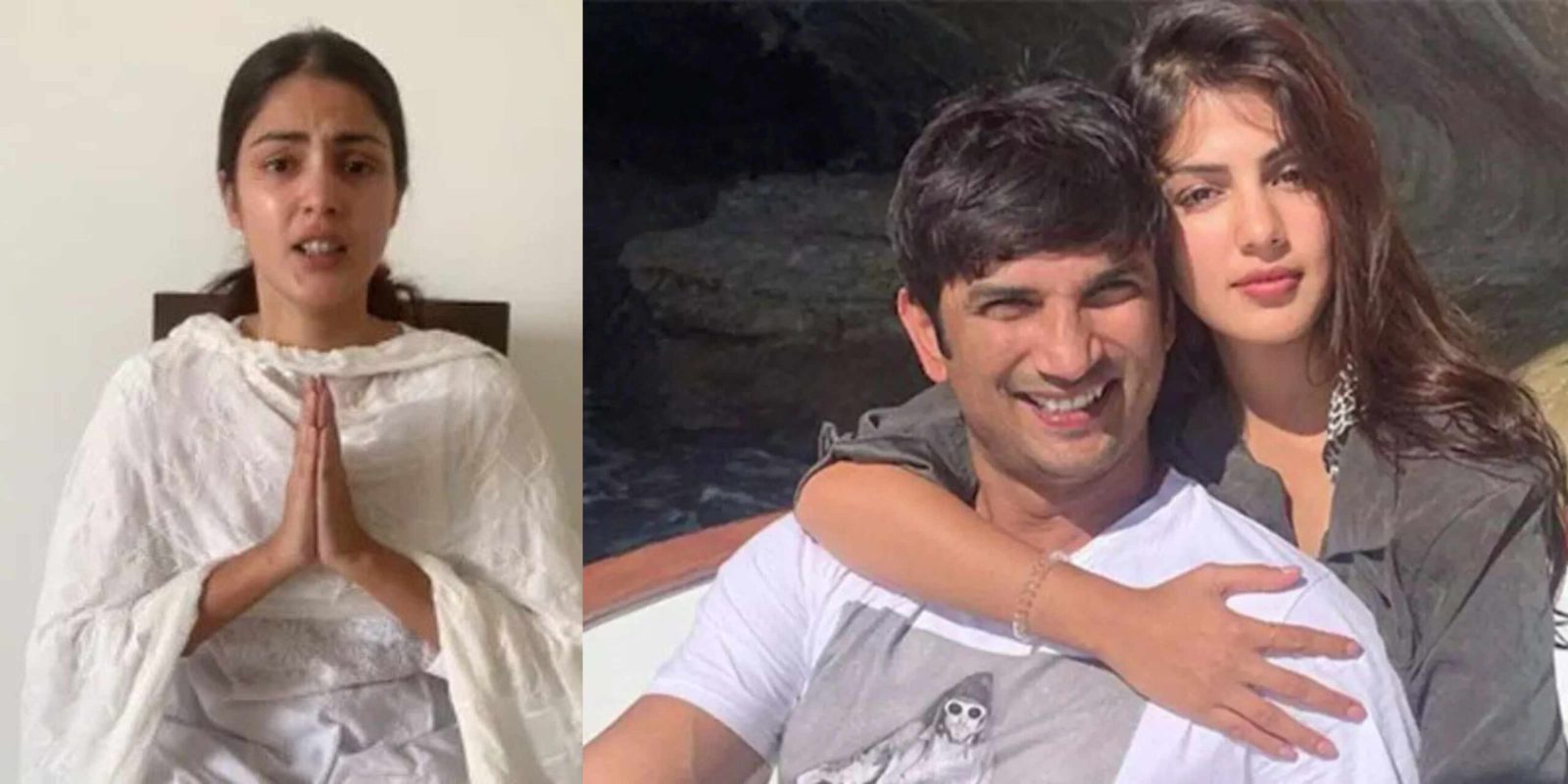 The late actor Sushant Singh Rajput’s death is opening up many deep hidden mysteries of this Bollywood industry. The death case has not solved and even many are believing that it is turning into witch hunt process. Narcotics Control Bureau (NCB) interrogated Rhea from 6th September to 8th September 2020. And finally, after three days of consecutive interrogation and cross examination, Jalebi’s actress has been arrested by Narcotics Control Bureau.

According to the sources, Rhea Chakraborty was first kept in the anti-drug agency’s office. From there she was shift to Byculla Jail next day. Prior, her brother Showik Chakraborty along with SSR’s house manager Samuel Miranda and staffer Dipesh Sawant was into custody.

Rhea was taken to the Byculla jail just after the day she got arrested. On 8th June she left her boyfriend’s house. And after three months that is on 8th September, NCB arrested her. KPS Malhotra, Deputy Director of NCB officially confirmed her arrest. Lately after she was stepping out of NCB’s office for her medical test. 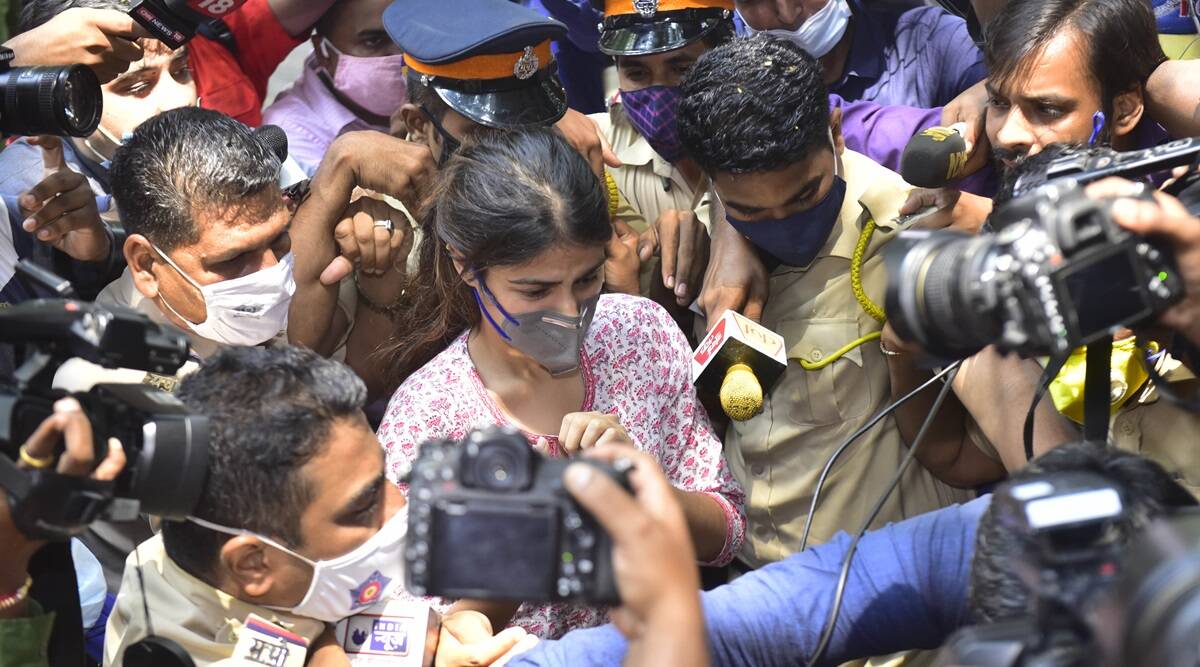 On 9th September, Wednesday she was seen moving out of the NCB’s office at around 10:15 am. In the morning, she was shift to the only women prison in Mumbai. This prison is very famous for keeping some of the high-profile figures. It includes Dawood Ibrahim’s sister Haseena Parkar and Indrani Mukerjea. The 28 years old actress has been accused not for any murder or money laundering issue. But rather because of organizing and smoking drugs along with Dil Bechara’s actor.

During the time she was giving interview, the actress cleared that she only organized hard drugs, Ganja or Marijuana for the late actor. She herself never consumed any such things as she said, but now more in-depth facts are coming. 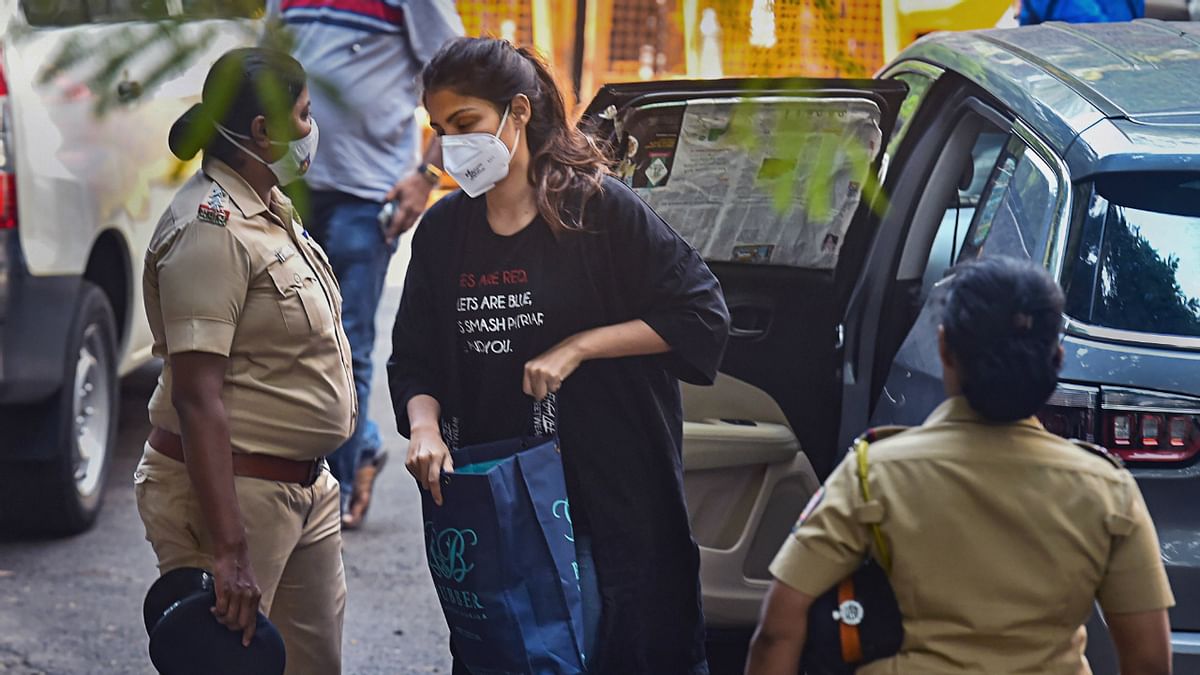 Just when Rhea was trying to enter the NCB’s office on Tuesday, her black t-shirt grabbed everyone’s attention. The tee holds a quote “roses are red, violets are blue, let’s smash the patriarchy, me and you”. Although this quote has no direct connection with the SSR’s death. But it is straight away pointing to the treatment that she is receiving from the journalists. After her video of getting hounded by the journalists got viral, many Bollywood celebrities voiced against the media. And soon after that, this quote on her tee became the point of attraction.

All these sharply divided the public opinion and the hashtag “Justiceforrhea” soon posted all over the Twitter. Even Anurag Kashyap shared this quote on his official Instagram account followed by Sayani Gupta and many more.