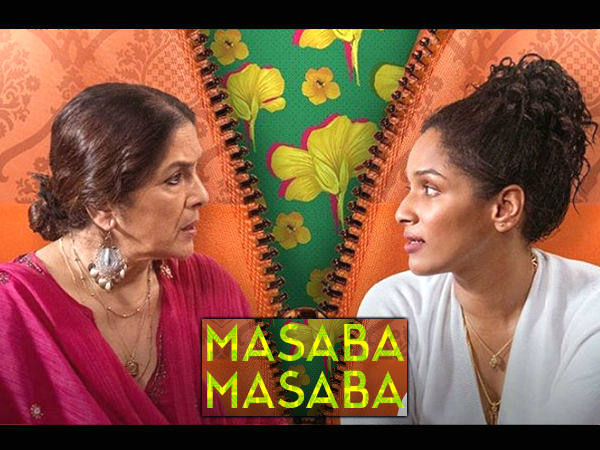 Welcome to the House of Masaba! She designs enjoy, fights, cries, and at the end of the day, doesn’t forget to be the ‘Hot Mess’! Watch Masaba Masaba, the New Netflix Heartthrob to know more.

Masaba Masaba is a Netflix web series where real-life mom-daughter duo Neena and Masaba Gupta play versions of themselves depicting their achievements and struggles.

Neena and Masaba Gupta are two dynamic women we love to love. Neena, a single mom who lives life on her terms, candidly talks about her choices. Her daughter, Masaba, owns a successful fashion label of her own, is independent, talented with her head firmly on her shoulders. Written by Nair, Nandini Gupta, and Anupama Ramachandran with additional screenplay and dialogues by Punya Arora. Masaba and Neena play themselves on screen but in a fictionalized setting. 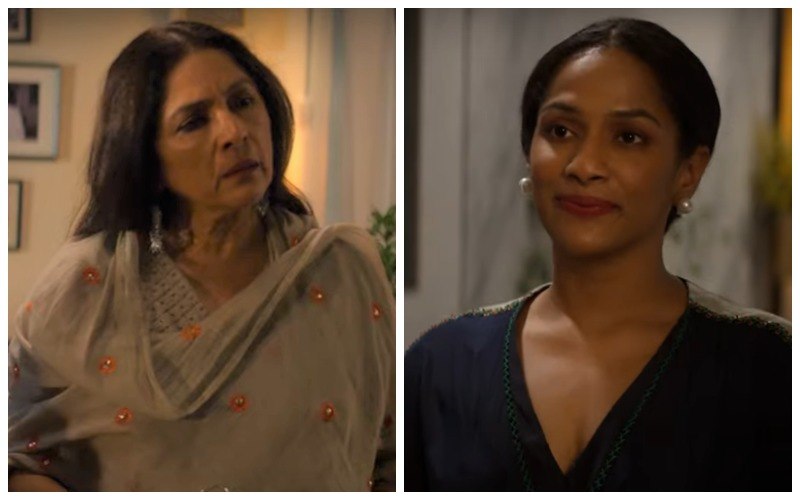 The show will be remembered as a series which finally gave Instagram and by extension social media it’s due. The 20-minute episodes are a peek into the alluring lives of celebrities and how they live among us with the public eye constantly following them. The show is not exactly based on Neena and her daughter.  The show has drawn inspirations from the major part of their real lives as far as the two episodes are concerned.

The first episode talks about blind items written on the celebrities up close and personal lives. This time a gossip column hinted at Masaba’s divorce with her husband Vinay played by Satyadeep Mishra. This chapter is from her real-life divorce with producer Madhu Mantena.

While in the second episode, we got a glimpse of the behind-the-thoughts about Neena Gupta’s Instagram post. Where she was seeking a job despite being a successful star who has also been bestowed with National Film Awards. Those sequences are indeed heartbreaking to know what actually Neena must have gone through in real life.

Neena and Masaba are beautifully backed by two main supporting casts, including Neil Bhoopalam who has done a good job in whatever little scenes he was seen.  Rytasha Rathore has shown that she is a fab artist once again with her role as Masaba’s BFF. Pooja Bedi is also returning to acting with her role as Life Coach. Neena Gupta is her natural self and her relation with daughter Masaba is less explored in reality. There are special cameos by Bollywood celebs namely Kiara Advani who plays her self obsessed version. Also, Farah Khan also played her part.

Share
Facebook
Twitter
Pinterest
WhatsApp
Previous article
Carl Sagan predicted life on Venus in 1967 even before any one could have predicted!!! Click here to know more!
Next article
Hurricane Sally: U.S countries including Alabama, Louisiana and Mississippi are severely hit creating deadly rainfall along with “historic” flooding. Click here to know everything