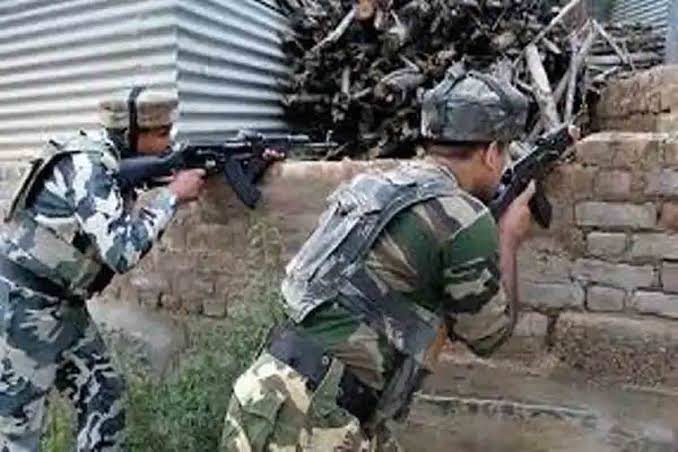 Three terrorists has been killing in a continuous encounter at Batamaloo in Srinagar on Thursday. A gun fight between security powers and terrorist resulted in Jammu and Kashmir’s Batamaloo territory at around 2:30 am. Following data about the presence of terrorist in the territory, the security powers dispatched a cordon and search activity in Firdousabad area of Batamaloo.

Be that as it may, as the powers shut in over the concealing spot of the terrorist, the radicals started shooting at them. According to officials, a lady living in the zone has been additionally killed. The woman has been trapping in the cross-fire during the anti-terror activity.

Tragically, two Central Reserve Police Force (CRPF) staff, including an official, has been harmed in the predawn gunbattle. The harmed one has been admitted to the clinic. The security powers have finished inquiry activity and recovered the groups of the three terrorists. 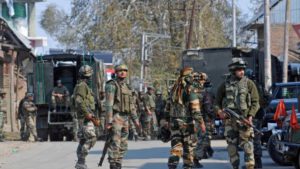 On 14 February 2019, an escort of vehicles was conveying security faculty on the Jammu Srinagar National Highway has been assaulting by a vehicle-borne suicide bomber at Lethpora (near to Awantipora) in the Pulwama district, Jammu and Kashmir, India. The attack brought about the passings of 40 Central Reserve Police Force (CRPF)a staff and the attacker.

The duty regarding the attack has been guaranteeing by the Pakistan-based Islamist aggressor bunch Jaish-e-Mohammed. The attacker was Adil Ahmad Dar, a neighborhood from Pulwama area, and an individual from Jaish-e-Mohammed. India has censured Pakistan for the attack. Pakistan denounced the attack and denied any association with it.

An experience has being broking between security powers and terrorist has been seeing in Pulwama area of Jammu and Kashmir on September 16. On September 4, two psychological militants has being murdered by the powers in Yedipora town of Baramulla area. Two AK-47 rifles, two magazines and one gun has been seized from the terrorist. 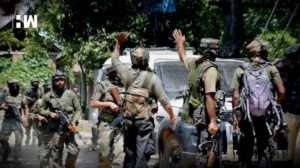 Pakistan on Thursday depended on unmerited firing and shelling on the Line of Control (LoC) in J&K’s Poonch area. The rehashed ceasefire violations are an endeavor by the Pakistani Army to help infiltrate terrorists into the Indian side.

Minister of State for Defense Shripad Naik on Wednesday affirmed that Indian Army has lost 75 staff as a result of ceasefire violations by Pakistan in Jammu and Kashmir since 2014.

Minister of State for Home Affairs G Kishan Reddy informed the Parliament that there has been a critical reduction in the terror occurrences in Jammu and Kashmir since the abrogation of Article 370.