The Devil All the Time: Antonio Campos worked with his brother Paulo to put light on the man’s false beliefs. Click here to know how religion can manipulate humans

Netflix has recently released one of the most interesting thrillers. “The Devil All the Time” directed by Antonio Campos did s remarkable job with the intense heightening storyline. Antonio works with the psychological dramas has already given some of his best works in Afterschool, Christine, Simon Killer. His recent release “The Devil All the Time” is an adaptation from a novel of the same name.

The Devil All the Time recently released over the OTT platform, Netflix. On 16th September 2020, the movie astonished the viewers with its intense dramatic screenplay. All the thriller lovers out there are getting something more from this. As the director points at the most important current power that is “religion”.

The Devil All the Time: Bloody violence and religion

The Devil All the Time now streaming on Netflix is giving the audience some of their favorite characters. It deals with the most awful, violent characters who poses the great power of religion. There are both good and bad in this world but the movie shows how the act of “sin” is passed from generation to generation.

Although the story takes the viewers to the past of 1950s and 60s. But the issue which the movie is raising is absolutely relevant to the current ongoing world scenario. 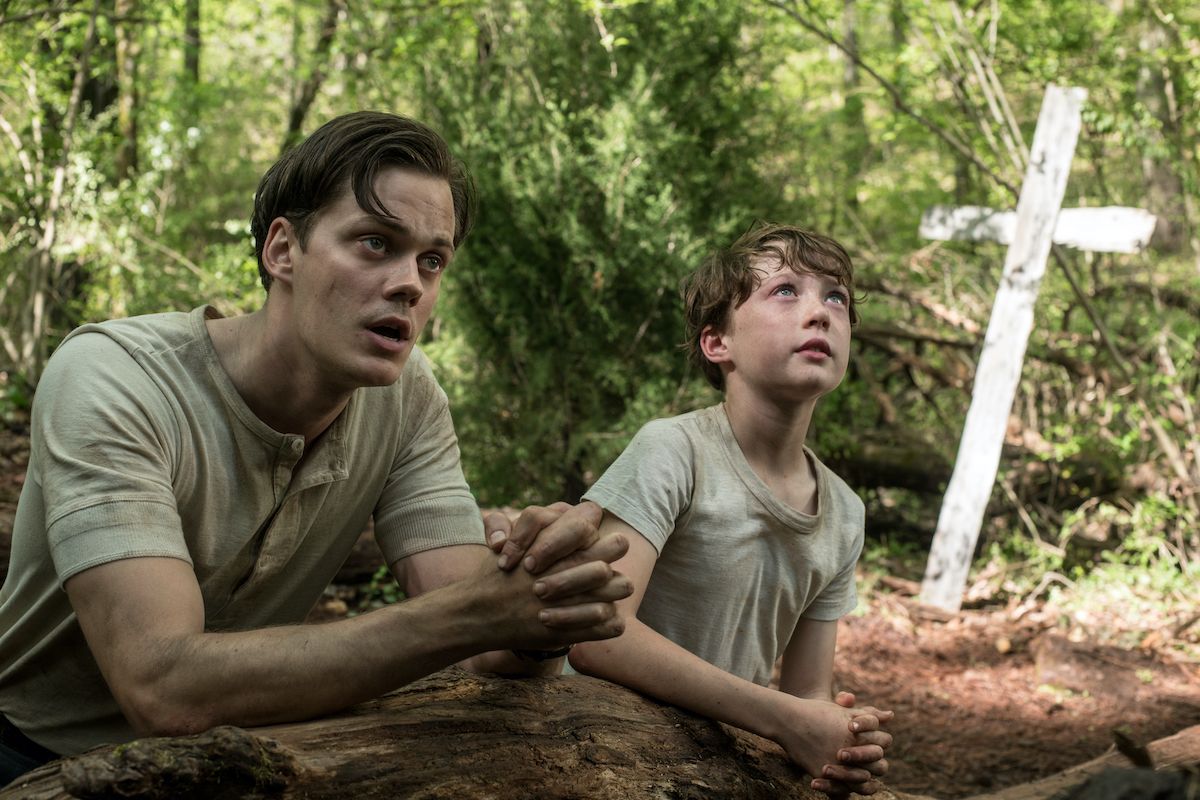 The Devil All the Time: Questions the “religion”

The script is co-written by the director and his brother Paulo Campos. The plot revolves around numerous characters which intensify the experience to the next level. The very first character named Williard Russell played by Bill Skarsgard gives a quick hint of the main issue which the movie points at.

Williard a soldier faced great hardships and traumas during his early days at the war. All those sufferings changed the man and his perception over the “religion”. His beliefs and faith turned him into a cruel violent man who thinks that shedding blood can makes God happy.

The Devil All the Time: Sin and traumas

The most vital theme that this film shows is how “sin and traumas” are passed from generation to generation. Williard teaches his fall beliefs to his nine years old son, Arvin. Interestingly, most of the evil deeds committed by the men in positions of authority. In today’s time the power remains in the hands of the “religion”. Anyone who is religiously powerful can easily preach false beliefs to everyone. The Devil All the Time gives a totally different viewpoint into the truth of life, death, sin, false beliefs and many more.