US President Donald Trump announced on Friday, a “peace deal” between Israel and Bahrain. Tap here to read it. 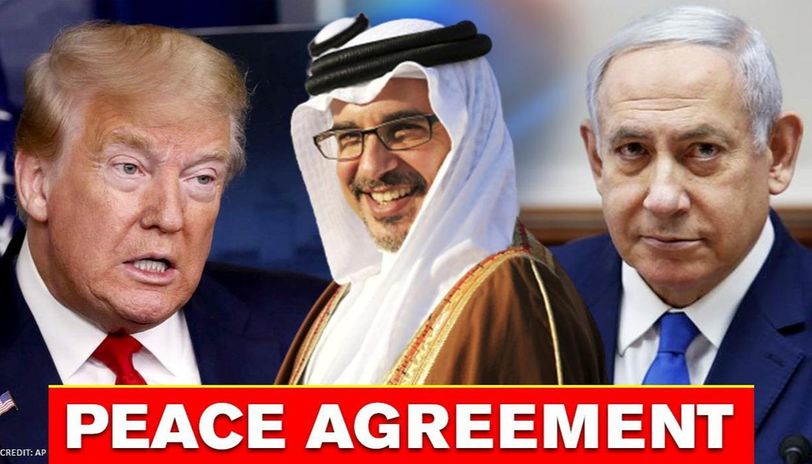 The ongoing bitter enmity between the Israel and Arabian Nations are seen to be fading forever. A recent peace agreement between Israel and Bahrain is the evidence of the same. It came second within a month after UAE signed an agreement with Israel. U.S. President Donald Trump announced the memorable decision by mentioning it on Twitter “Another HISTORIC breakthrough today! Our two GREAT friends Israel and the Kingdom of Bahrain agree to a Peace Deal — the second Arab country to make peace with Israel in 30 days!” Trump tweeted.

The decision is aimed at maintaining political and regional stability. It will also increase cooperation between the two countries. The leadership of both nations hailed the decision. Israeli Pm Benjamin said “Citizens of Israel, I am moved to be able to tell you that this evening, we are reaching another peace agreement with another Arab country, Bahrain. This agreement adds to the historic peace with the United Arab Emirates,”. The govt. authorities of Bahrain too wrote about the same, terming the deal would boost regional “security, stability, prosperity.”

Prior, a Joint statement of the tri-country leaders released stating the decision a historic breakthrough to further peace in the Middle East” that will “increase stability, security, and prosperity in the region.” however official announcement of the same will take place on Sept 15 in White house.

With the new outcome, several countries are praising the agreement. One of them is Egypt with whom Israel signed a peace accord in 1979. The officials of Egypt issued the statement “stability and peace in the Middle East, in a way that achieves a just and permanent settlement of the Palestinian issue,”

The UAE also welcomed the latest move. The ministry of foreign affairs said it was “another significant and historic achievement which will contribute enormously to the stability and prosperity of the region”. 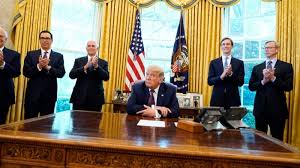 As friends, there are foes too. Palestinians discarded the decision by terming it unacceptable. They protested over the same by calling back its ambassador from Bahrain. In a statement, they said, “great harm it causes to the inalienable national rights of the Palestinian people and joint Arab action”. Besides,

Hamas, the militant Islamist group that controls Gaza, said the move “represents grave harm to the Palestinian cause”.

For Trump, the recent decision came favorable for the upcoming elections. The trump mentioned the deal a diplomatic achievement.

Keep following us for more news.