Soon following its release on YouTube, people displayed their unacceptance, by disliking the video. The video performed so badly that the number of dislikes, it received, surpassed the number of likes. With a total of 150000 dislikes and 30000 likes, it became the most hated video over the internet.

The angry people did not stop here, but heavily trolled the makers in the video’s comment section.

Here are some of the excerpts: One user wrote “How can you think of making such a song in the recent time!?”

Other commented “I mean seriously kya ho Gaya hai creativity ko.” (Meaning: I want to say seriously, what has happened to the creativity)

Apart from that, some apologized Beyonce for Bollywood’s stupidity saying “dear Beyonce, we as Indian apologize for this Bollywood stupidity, followed by sad emoji.

Another user added “Beyonce: singing a masterpiece for India (Hymn for the weekend) And we Indians: – 3 sad emoji Beyonce Sharma Jayegi.

Some people too shared hilarious memes explaining how the pop icon will react after listening to this controversial song.

After blaming Bollywood for being regressive, People demanded them, to apologize to the pop icon Beyonce, for the disregard.

Though this is not for the first time when Bollywood has invented a song like this, there were numerous songs released before, which hurt people sentiments in one or the other way.

The reactions of the people made it clear that such songs won’t be accepted anymore. So, delete the song or change the lyrics, do something creative or otherwise not create at all, people strictly taught makers. 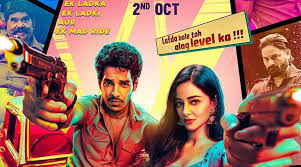 The creators of the disputed songs are Vishal Shekar. It is directed by Maqbool Khan for the upcoming movie Khali Peeli. The song features Khattar and Pandey, marking their first performance together. The Movie was scheduled earlier this year in April. However, due to ongoing coronavirus, it is shifted to October. Now the movie will release on Oct 2 on Zee Plex.

Keep following us for more news and future updates.

US President Donald Trump announced on Friday, a “peace deal” between Israel and Bahrain. Tap here to read it.