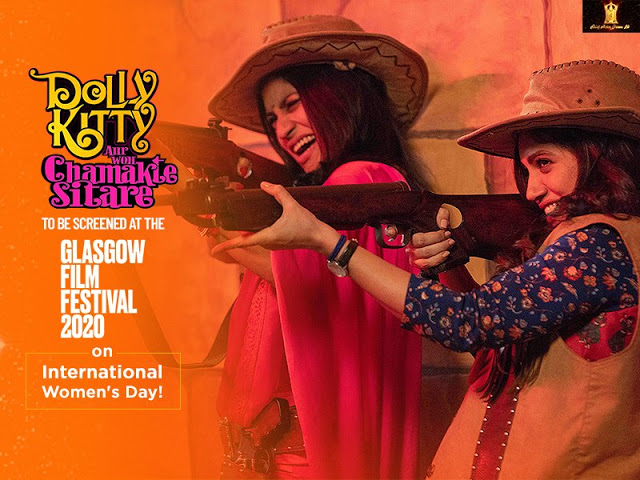 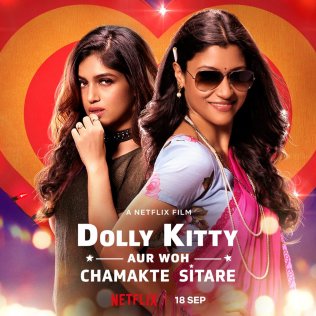 ‘Dolly Kitty Aur Woh Chamakte Sitare’ calls out the hypocrisy around seemingly happy marriages right at the beginning. when Kajal (Bhumi Pednekar) tells her cousin, Dolly (Konkona Sen Sharma) that her husband Amit (Aamir Bashir) has been hitting on her. When Dolly insists Kajal may have misunderstood his friendly, protective behavior, she spells it out for her cousin, “Amit ji humse sex karna chahte hain.”
But there are more things on Dolly’s mind than to get worked up about this piece of information, like making plans to move into a plush new complex, where the couple’s new flat is under construction.
When money falls short for their installments, Dolly hustles – by either stealing from her office or selling her jewelry. Her day at work usually starts off by making three cups of tea – one for her boss, one for her colleague, and one for herself.
Kajal, on the other hand, finds a job at a call center for love and sex chats.  She moves out to live in a hostel, without revealing to Dolly the actual nature of her job. Kajal who now works under the pseudonym Kitty starts to savor the freedom that comes with her choices. However, along the way, she meets with some pleasant and unpleasant experiences. And when a series of events lead to Dolly finding out where Kajal works. She takes the moral high-ground, as does Kajal who knows her cousin’s marriage is empty on the inside. 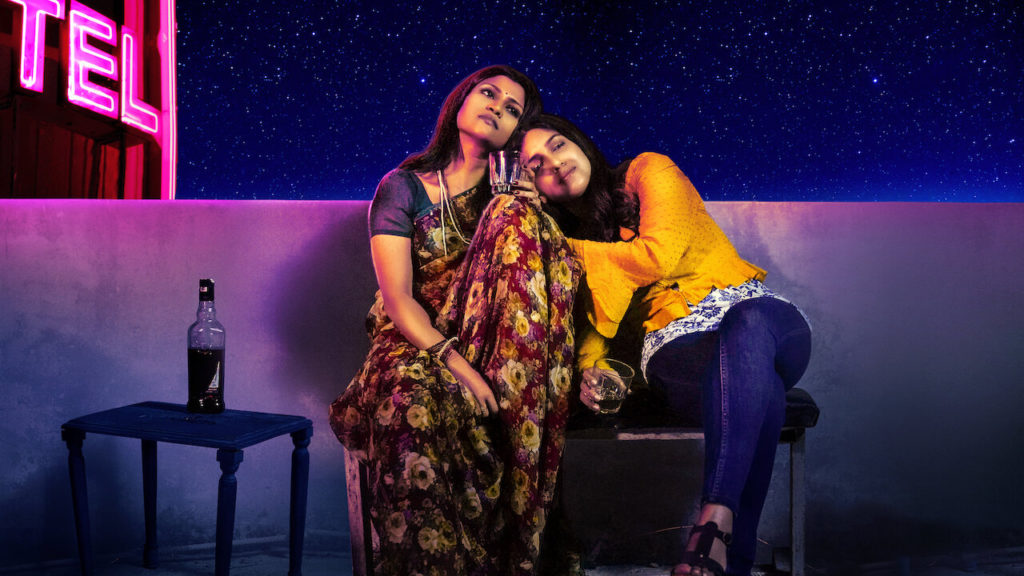 Director Alankrita Shrivastava’s film makes a strong point on gender roles, societal norms, and moral judgments. As Dolly and Kajal’s lives take them through different circumstances, they are first out to judge each other’s life’s choices, but eventually, they realize they are not very different. Deep down, as women, they are looking for the same things, craving the same freedom. Some of the narrative shifts to feel too abrupt.
overall, ‘Dolly Kitty Aur Woh Chamakte Sitare’ drives home the message that it sets out to give. he film opens up conversations around women’s sexual needs and desires and is a commentary on moral policing, sexuality, gender biases, and stereotyping.
The performances are overall topnotch. . Konkona Sen Sharma as Mrs.Yadav or Dolly is superlative as her character moves through an entire arc in this film, exploring her relationship with her husband, her son Pappu and her mother. Bhumi Pednekar also dishes out a stellar act. Amol Parasher stands out as the sweet delivery boy, Osman. Vikrant Massey as Kajal’s lover, Pradeep, is superb, as is Aamir Bashir as Dolly’s disgruntled husband, Amit.
Share
Facebook
Twitter
Pinterest
WhatsApp
Previous article
Ishaan Khatter’s transformation for Khaali Peeli is mind-blowing. See pics!
Next article
Candace Cameron Bure swears on this 3 step beauty regime for make up free glowing skin at 44!Read to Know More