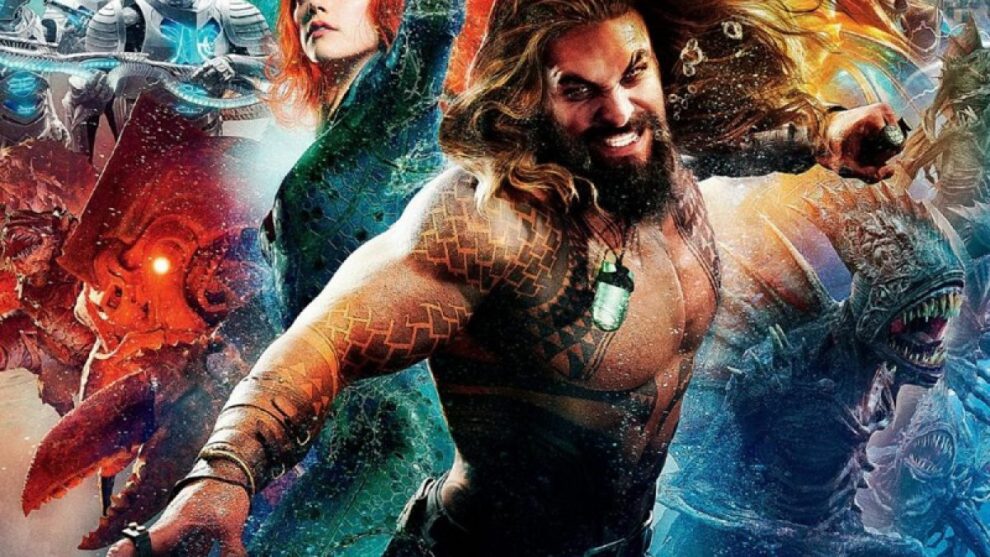 Are you a geek of superhero drama? And have immense love for DC comic books? Then here we have a piece of good news for you. The famous “Aquaman” movie is coming with its 2nd installment.

Problems in the release of Aquaman 2 is unstoppable. The makers are facing a series of setbacks back to back. Initially, film production got delayed due to the COVID-19 pandemic as the shooting and production work is yet to resume. Now when the makers have a final release date in mind, they are facing another unavoidable situation. As the feud between Johnny Depp and Amber Heard gained pace and the tables have turned now, Aquaman fans demand a replacement for the role of Mera, which is played by the American actress and model Amber.

Aquaman, a superhero movie, is primarily based on the DC Comics character of the same name. The film is produced by Warner Bros and is magnificently directed by James Wan. The movie was the most successful work of the DC Extended universe. The video was released in 2018 at different times across the globe.

It was released on 14 December 2018 in India. The American movie was made at a budget of 160-200 million USD. However, the film was worth watching, and it had a box office collection of 114.8 crores USD. The movie enjoyed an IMDb rating of 7/10 and 65% on Rotten Tomatoes.

The makers were keeping the dates under a wrap but now have finally revealed it. The Aquaman 2 is set to hit the theaters on 16 December 2022. There is no other information available on Aquaman 2 yet.

There is no official word about the cast. We can highly expect the old cast to come and embrace their roles again, which includes Jason Momoa as Arthur Curry or Aquaman. Amber Heard as Mera, Willem Dafoe as Vulko, Patrick Wilson as Orm, Nicole Kidman as Atlanna, Yahya Abdul-Mateen as Black Manta and Dolph Lundgren as Nereus.

The introduction of new characters cannot be ruled out.

The Pirates of Caribbean actor is currently fighting a bitter legal battle with his former wife, Amber Heard. The charges include physical violence, verbal abuse, etc. all put up by Amber on her then-husband Johnny. The courtroom controversy is doing rounds in media, and we can now see the tables turning. A clip where Amber was heard shouting and teasing Johnny as surfaced. She earlier admitted throwing pans, pots, and vases at the 57-year-old actor.

Now, people assume that Heard is using this legal battle to ruin Jonny’s image and frame him into false accusations. Fans are now outrageous about her replacement. They say that a person who has personified physical and verbal abuse cannot be entertained or applauded for their work in any industry. Hence, they condemn Amber’s presence in Aquaman 2.

A petition has been filed against Amber Heard. The request has got 50,000 plus signature on change.org and is named “Remove Amber Heard from Aquaman 2”.

A massive chunk of the audience is now seeking her replacement, which has made a matter of grave concern for the makers. They cannot afford a replacement and can neither go against so many people. Even if they choose to go ahead with Amber ignoring people’s petition, then this might result in Aquaman 2 failure.

Makers, however, have not said anything in this matter so far. Amber’s fans are also trying hard to save her role in Aquaman. Let’s see who wins!

That’s all for now, readers. We’ll bring you all the latest updates, so stay with us.

World Trigger season 2: What can we expect from Yuma Kuga? Click to know release date, cast and more!!
Spoiler Alert! Cobra Kai Season 1 and 2 on Netflix ahead of Season 3 release? Check the trailer.
Comment

World Trigger season 2: What can we expect from Yuma Kuga? Click to know release date, cast and more!!

“Aquaman 2” fans are demanding a replacement for Amber Heard! Johnny and Amber controversy and MORE!