Radiant Manfra anime: Everything you need to know about Radiant Seth! 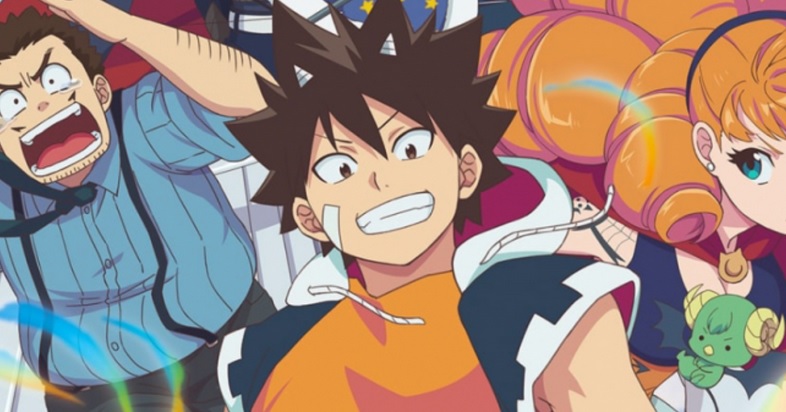 All about Radiant Seth!

Okay, but first who is Radiant Seth? The answer to the question is so obvious! Many Otaku fans are also known as anime lovers would have come across the show "Radiant". The protagonist of this show is "Seth".

Later, Radiant was telecasted as anime in the year 2018. Radiant anime was directed by Daiki Fukuoka and Seiji Kishi. The anime for Radiant was written by Makoto Uezu.

The television was licensed by Crunchyroll and Funimation. The Japanese show was aired on NHK Educational Tv and the English dub was aired on ABC Me. Radiant series had forty-two episodes.

What's the storyline for Radiant? Who is Radiant Seth?

Radiant is set in a world known as Pompo Hills, where Nemeses fell off from the sky. Nemeses is a type of creature more like a monster, that everything it touches gets contaminated. People who survived the contamination of Nemeses become cursed and at the same time can wield a power known as Fantasia. Those who can use Fantasia are known, Sorcerers.

The protagonist of the story is Seth who is also a sorcerer and can wield Fantasia. Seth's goal is to establish peace between the Sorcerers and the people of Pompo Hills and sets out to find the origin of these creatures "Nemeses" called the Radiant along with other Sorcerers. The rest of the story deals with how Seth travels with other Sorcerers and fights out the hardships thrown in his path by those who are against the Sorcerers.

All about: Radiant Seth 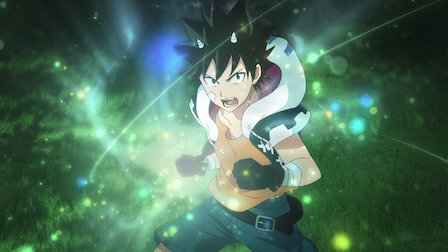 Seth is a fifteen-year-old boy who survived the nemeses attack when he was ten years old. As a result of this Nemeses attack, he got two horns in his head, for which he is known as the horned boy. Radiant Seth has brown hair along with spikes, he is quite average for his height. Seth wears an orange T-shirt along with a navy blue hoodie and a pair of trousers to match it. Seth can be seen with two horns on his head piercing from his spiky brown hair. Seth can be seen wearing bandages in his hand. 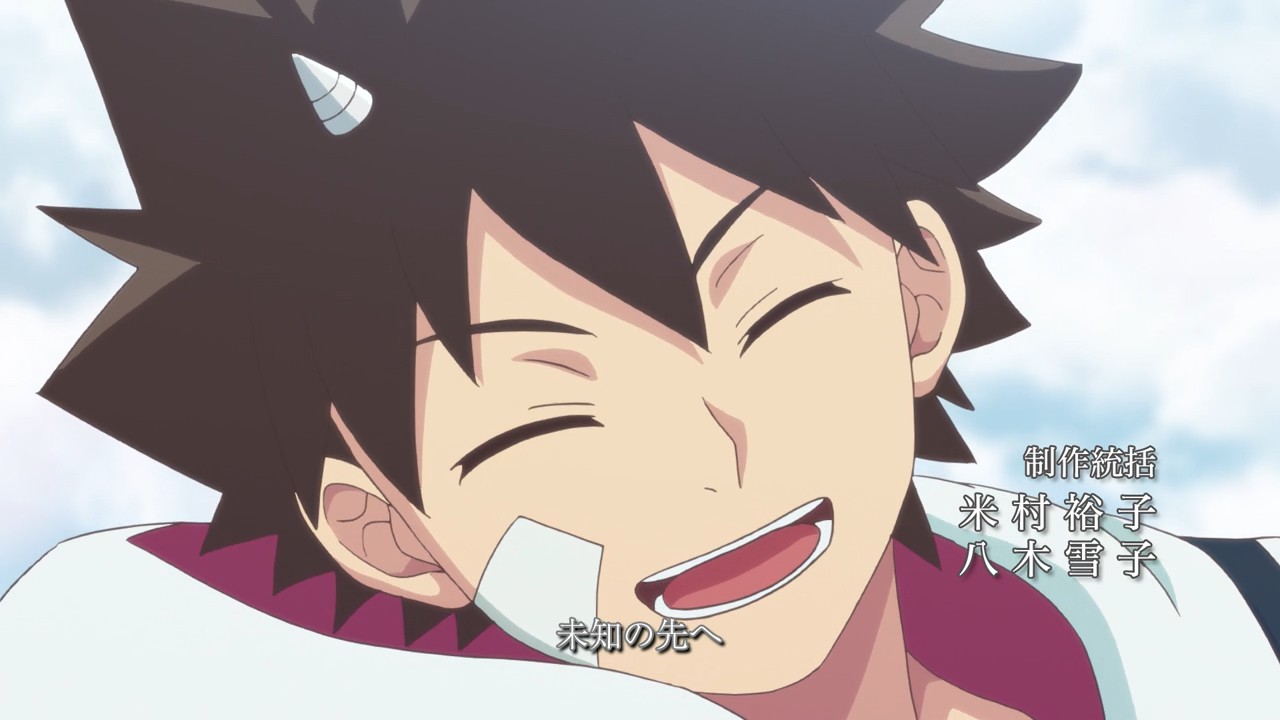 Ten years ago, Seth used to travel along with Alma who acts as his guardian. Seth and Alma were found unconscious on the ground and were taken to the hospital. Seth and his guardian couldn't recollect what happened to them before they were left unconscious. So it's still unclear of their origin, who they are, or where they come from.

Not a happy childhood

Seth as a kid is never accepted by the people regardless of his goal is to bring peace between sorcerers and humans. Once Seth during his childhood was left in a snow village by Alma, as she was about to pursue her expedition for hunting down Nemeses. The kids in the village provoke Seth as he and Alma are responsible for the deaths of life in their village. As a result of provoking, threatening, and mistreating him, Seth unconsciously lets out a massive amount of Fantasia. This terrifies the adults of the village and they plan to burn the little boy right away.

Alma comes to Seth's rescue. Alma protects and takes of Seth as her own son.

Seth is known for his funny personality. He is immature and reckless but at the same time is very optimistic about pursuing his goals. Seth and Doc, Melie, and Grimm set to find the origin of the Nemeses that is the Radiant. Marie deals with multiple personalities and Seth is the only person who is not afraid of her mood swings. They soon become friends. Doc is a researcher sorcerer. He and Seth become friends after Seth's first victory over defeating a Nemeses. Seth often trolls Doc. Grimm is still a mysterious character in Radiant. He was first an enemy. Seth, Doc, Melie are partners and often fight the Nemeses.

Seth is not much aware of the modern world and also he didn't learn any common life practices. 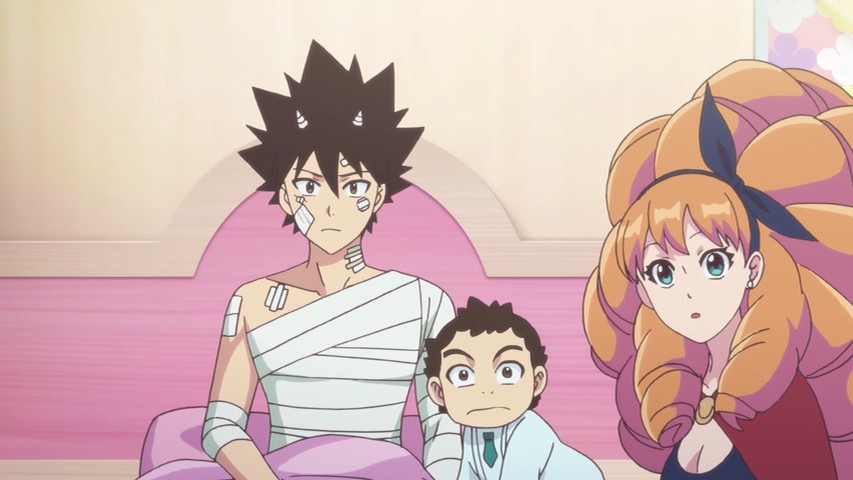 Radiant Seth: The curse of Seth.

As we already discussed, Radiant Seth is a Sorcerer because of his encounter with Nemeses ten years back during his childhood. This unique curse is also known as Fantasia made Curse acquire two horns in his head.

During a transformation, A sorcerer is said to become aggressive and unleash a massive amount of Fantasia. Sadly, in Seth's case, he is unable to control his Fantasia.

Seth's main attack is known as Titan punch, where he manifests his fantasia in his arms.

Some of his other attacks include The skull attack, Repulse, and Meteor Drop.

One of his strongest attacks also his trump card is the Berserk Mode where he becomes more fierce, the berserk mode uses a lot of fantasias. This mode also changes him into a different figure (like a monster). Seth is also said to have more physical powers than a normal human being.

Radiant is available to stream on Crunchyroll.

That's it for now readers. Stay tuned for more updates.

Do you want to know more about anime character's abilities and powers? If yes, then comment down below!

Have I missed out on anything? If so, do comment down below!

Do you any know any other specialties of Radiant Seth? We'd love to hear from you, so comment down below!

Also, don't forget to check our other articles: