Logan Webb has been the injury stopgap pitcher for San Francisco Giants. He started in the rotation because Alex Wood was on the injured list, and then he went to the bullpen when Johnny Cueto got hurt (and had his return right as Aaron Sanchez) but now it's Logan who needs filling-in from an injury of his own.

The Reds took the lead early in Webb’s first start of 2018, but little did they know that he was secretly injured. Everyone on Toronto's team knew what to do without him- and luckily for them, it paid off!

RHP Logan Webb placed on the 10-day Injured List (retroactive to May 18) with a right shoulder strain.

The Giants sound confident that Webb - who was scheduled to take the mound on Saturday against the Los Angeles Dodgers- will only miss one game.

Gabe Kapler said Logan Webb has a mild right shoulder strain. The #SFGiants are TBD on Saturday against the Dodgers.

The club is optimistic Webb will only miss one start.

It was revealed yesterday that the Giants will not start a pitcher on Saturday. In recent days, several players have been mentioned as potential starters for this game--which is currently slated to be an off-day but may still happen if there are rainouts in Chicago and Cleveland either Friday or Sunday morning. One rumor suggested Scott Kazmir would make his first appearance since last September against Seattle at AT&T Park, while Caleb Baragar might finally get his wish of starting after pitching well out of the bullpen all season long so far. Still, other rumors hinted towards Nick Tropeano returning from injury with another strong outing in AAA Fresno over the weekend before making it back into MLB action once he’s eligible again next month. 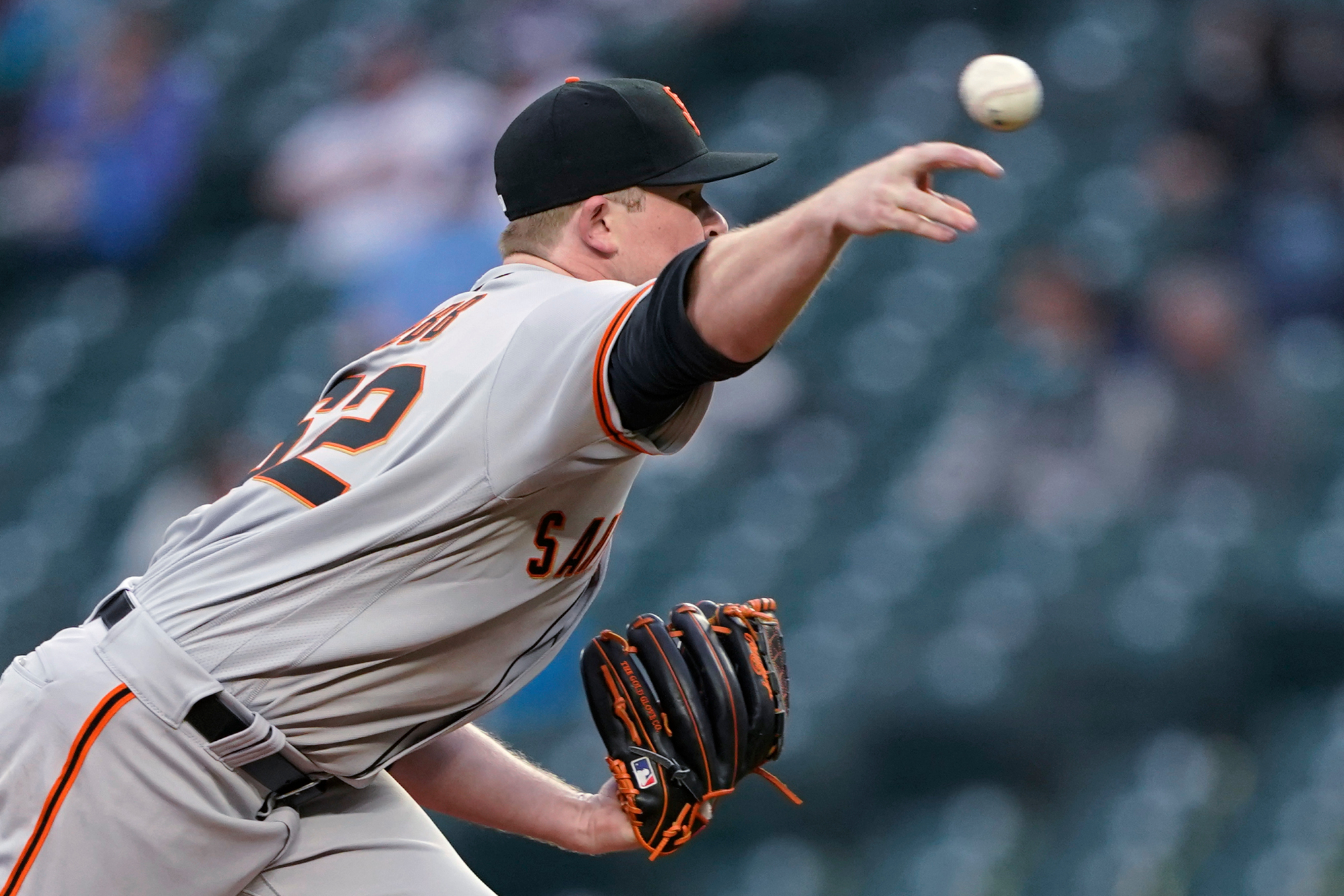 José Álvarez, a left-handed reliever with the San Francisco Giants who was activated off IL after an injury to starter Matt Webb. He is currently 12 for his 22 appearances this year and has pitched 10.1 innings while having 11 strikeouts against 9 walks in those ten frames of work so far.

Giants starting pitcher Dereck Webb left Monday's game against the Reds with what was originally called shoulder soreness. The Giants previously expressed optimism that he wouldn't have to miss a start, but an MRI revealed a mild strain Wednesday which will sideline him for at least one start. Fortunately, though, Slusser of the San Francisco Chronicle reports that it is possible his suspension can be backdated to Tuesday and this means he could return next Thursday if not sooner!