Is the Outlander star Sam Heughan married? Secret Affairs? All the details

Since the first episode of Outlander aired in 2014 know as Sam Heughan married, viewers have been enthralled with Scottish Highlander Jamie Fraser—and the real-life Scot who plays him.

In real life, he's far more private about his girlfriends than he is on the program, where he bares all—literally and figuratively—in demonstrating his love for Claire (Caitriona Balfe). The 40-year-old has never been married, despite his undeniable stunning looks. 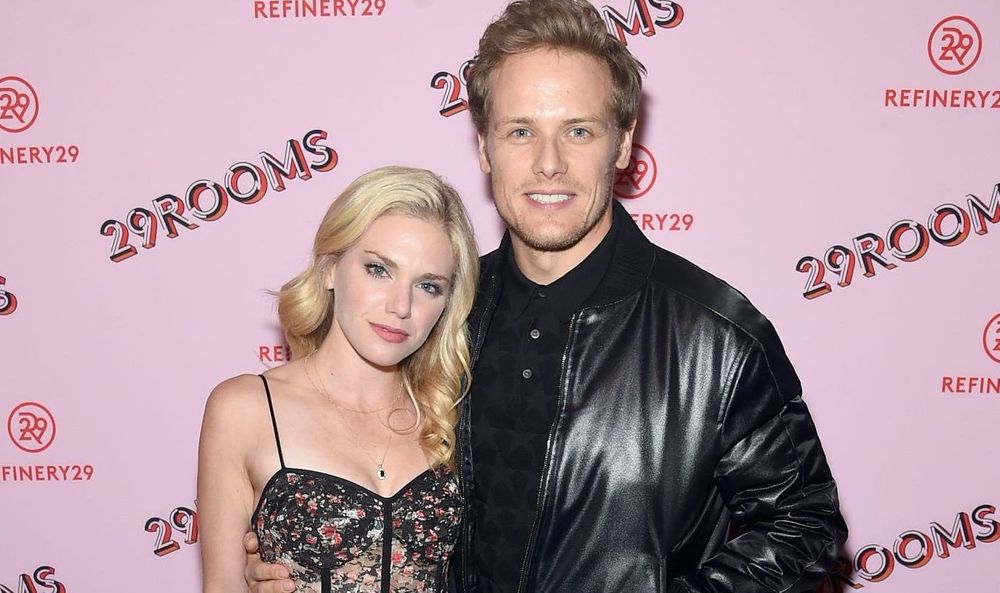 Heughan has been busy putting the last touches on his Scotland travel show Men in Kilts, which will premiere in early 2021 on Starz, as well as the accompanying book Clanlands, while also filming the romantic comedy Text For You with Priyanka Chopra Jonas and Celine Dion.

He says he's so busy with Outlander and his other ventures that he can't find time to date.  “Certainly, relationships are hard when you’re working in Scotland 10 months a year. I travel a lot and with any downtime I have, I’m trying to do other projects, so very much, my career comes first. Maybe I will find someone eventually,” he told the Philippine Daily Inquirer in early 2020.

Who Is Sam Heughan Girlfriend?

In 2017, he dated actress MacKenzie Mauzy.

At a 2017 Oscars celebration, Heughan made his first public appearance with MacKenzie Mauzy. Mauzy, who played Rapunzel in the Into the Woods film, attended Heughan's birthday party, New York Fashion Week, the Hungarian Grand Prix, and other events with him that year. He appeared in some photos from her birthday celebration uploaded on her Instagram in 2015, indicating that they were unofficially dating. 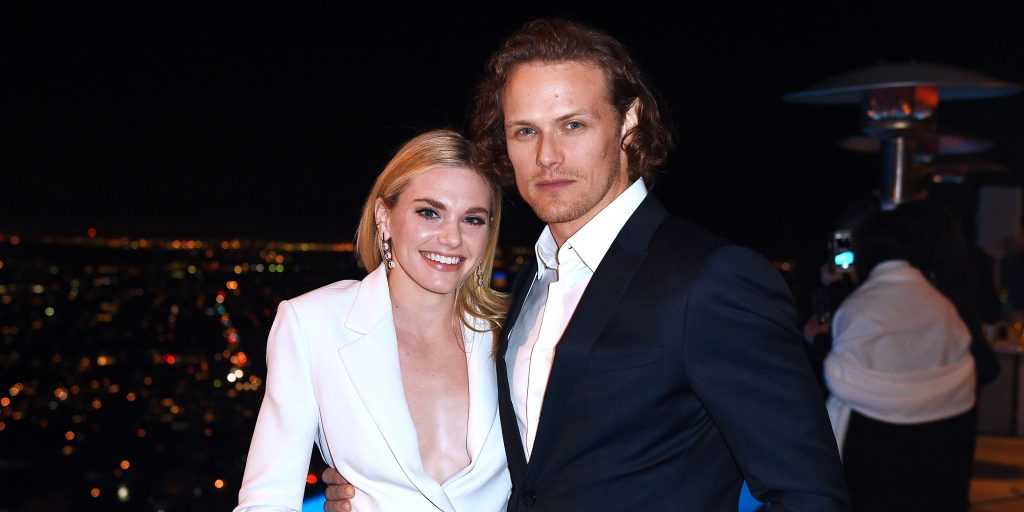 Heughan didn't often speak publicly about the blonde beauty, even though they made a lovely couple in images.

He met her at an industry event, and his fans weren't always polite to her on social media, he told Harper's Bazaar. "Initially, it is upsetting but, ultimately, it doesn’t mean anything. It feels like a schoolyard thing,” they weren't seen together after 2017, implying that they had discreetly broken up.

In 2018, Sam Heughan may have dated Amy Shiels, a former costar.

Amy Shiels, who played Amy on Twin Peaks, has also been linked to Heughan, however, it's unclear whether they were just friends or not. Shiels attended the premiere of Heughan's film The Spy Who Dumped Me in July 2018—though they weren't pictured together—and it was one of their most prominent outings.

Shiels had previously enraged the Twittersphere in 2014 when she apparently liked a now-deleted tweet that said they were a nice couple, and again in 2018 when she said Heughan was an "obvious choice" to take over the role of James Bond. In 2018, the relationship rumors intensified, with some outlets speculating that they were dating. 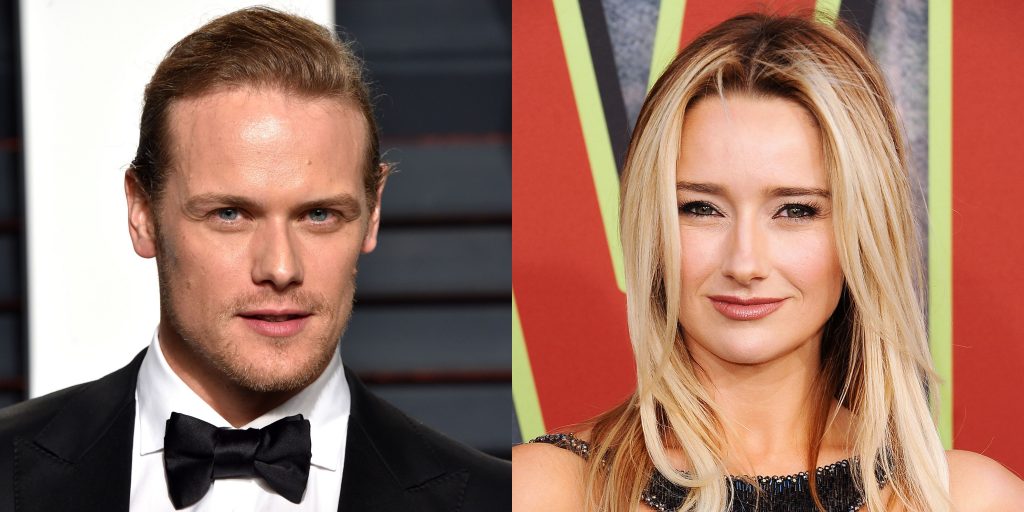 Is Ryan Paevey Married ?? Or He is still Single? His Affairs Revealed! Shocking News for Fans!! Bio, Dating History, and More!! |2021|

They've known one other for over a decade, whether they've dated or are just pals.  We did some research after finding a rare personal Instagram photo of Heughan with Shiels, Lauren Cohan (Maggie from The Walking Dead), and actor Paul Teller, which he characterized as a "great reunion."

In 2010, the group was all involved in the film Young Alexander the Great, which featured Heughan in the lead role.

Who else did Sam Heughan date?

Heughan has also been linked to two other possible previous girlfriends, actresses Cody Kennedy and Abbie Salt (reportedly the sister of Charlotte Salt, who appeared in his 2011 Hallmark movie A Princess for Christmas), but there is no real evidence other than fan Tumblrs, Twitter screenshots, and blurry pictures on Pinterest. The fact that Heughan was not well-known publicly until after Outlander premiered in 2014 adds to his prudence about his personal life.

Sam Heughan and Caitriona Balfe, did they date each other?

Despite some flirting and gushy tweets between them, Outlander shippers have long wished for these two to be together in real life—after all, their onscreen chemistry is out of this world—they insist that has never been the case. In a BBC podcast from 2020, Heughan compared their bond to those of siblings,

“we’re like brother and sister now—we know each other really well as we’ve been working together for six years which is just crazy. She’s like my sister and tells me exactly what I’m doing wrong, and I need to know these things!”

In an interview, Balfe echoed his sentiments, “I’m much more bullish, and he kind of calms me down if I’m getting too frustrated about things,” she says. “And he can be maybe a little passive, so sometimes I’ll just give him a nudge when he needs to stand up for something. And it works really well.”

Balfe, who is now married to Tony McGill, a music producer, also had a lot to say about those who want her and Heughan to date, “There’s a small vocal group that really wanted it, which is just a testament to the characters that we portray, that the love story is so inspiring and so aspirational that people just really wanted to believe in it. And that’s a nice thing. But I think things are pretty clear now that I’m engaged to someone else. Everyone gets it now.”

Q- Is he married?

Q- For which show is Sam Heughan most famous?

Ans- He is most famous for his role in the show Outlander.

Q- What is the name of Sam Heughan in Outlander?

Ans- His is named  'Jamie Fraser' in Outlander.