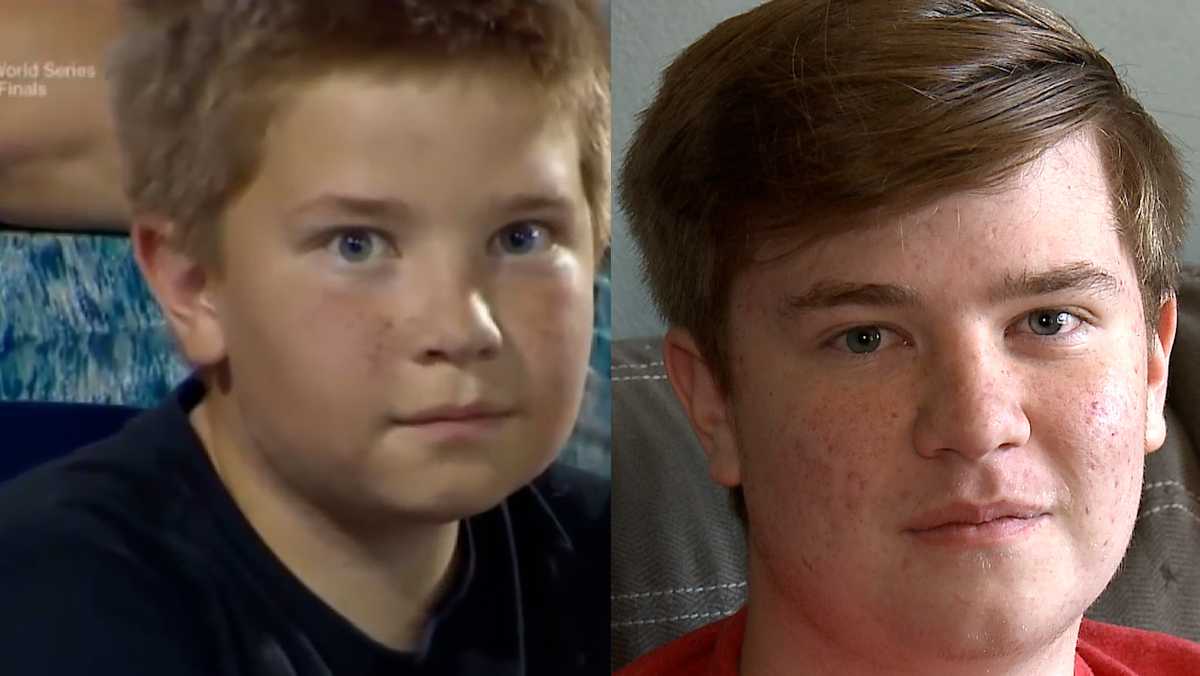 Fifteen-year-old Omaha native Sam DiDonato was just a kid when he got into an epic, viral staredown with ESPN camera at the TCU vs. Coastal Carolina game in 2016 that would go on to become one of the more popular GIFs used for memes five years later.

Sam had been watching from TD Ameritrade Park and told 6 News about how social media still has his face popping up all over it; people recognize him as “the guy who wanted to fight off the TV” even though he barely remembers being there himself because they happened so long ago — but suddenly found fame after this moment captured by ESPN cameras went viral online.

Sam DiDonato, 15 from Omaha still gets recognized in public for a moment he barely remembers when he was 10-years old. He says it’s one of the more popular GIFs used for memes on social media. His face pops up all over sites like Twitter and Instagram with people commenting about his resemblance to Leonardo Dicaprio or Spiderman because they can’t believe how much time has passed since then!

“It’s kind of crazy to just think that somebody who I have never met before knows me, but they don’t know my name. It’s a bit uncanny because sometimes when people are coming up to you and saying hello there is an air about them like ‘I know what you’re going through,’ even though it was years ago,” DiDonato said.”

Sam and his mom Trish are both looking forward to the CWS this year. Sam plays baseball but would love a chance at creating another viral moment in any sport. When asked about what he thought of potentially playing for one day before going off to college, with all eyes on him as they watched from home or TVs around town if not across the country- he said it would be “ironic.”

for more details and news visit The Market Activity.