2 Arrested! Negotiations Ongoing With Group of Armed Men in Standoff on I-95, All the Details

Two men are in custody and negotiations with several others at a standoff on Interstate 95 have lead to the closure of one lane. The situation has also led to a shelter-in-place order for parts of Wakefield and Reading, MA; this began when police spotted two cars in the breakdown lane around 1:30 am Saturday.

At least two men are in custody and negotiations continue with several other armed individuals involved in a standoff on Interstate 95. The situation began when Massachusetts State Trooper spotted the group of five standing outside their vehicles early Saturday morning near Exit 27, according to state police Colonel Christopher Mason. 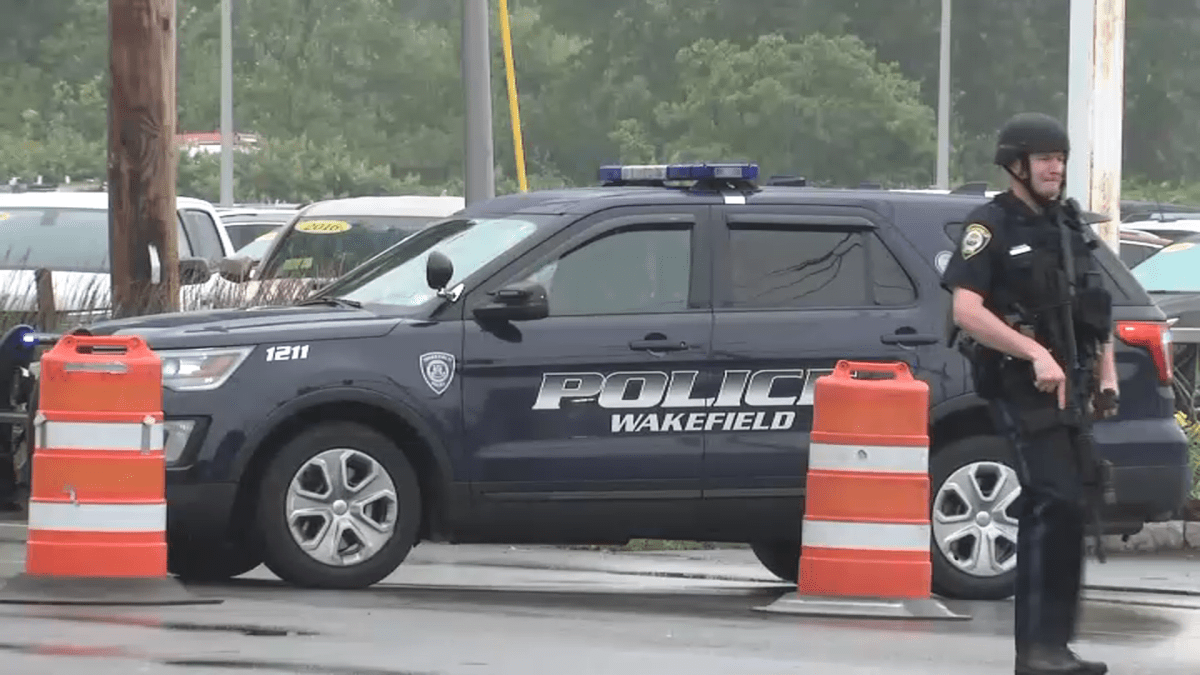 The story is about ten men who wore tactical gear and were armed with rifles, pistols. When a trooper approached them asking for identification, they quickly fled in their SUV but not before the officer saw that one of the vehicles had "Moorish American Arms" written on it which led to an overnight video from this group blocking traffic while brandishing weapons.

"At some point during this interaction, a number of those individuals alight into the woodline with their firearms. A perimeter was quickly established," Mason said.

"No threats were made, but these men should be considered armed and dangerous. We are asking residents in these areas to lock their doors and remain inside their homes. A heavy police presence will be in this area as well," the Wakefield Police Department wrote in a statement.

The interstate is closed in both directions between Lynnfield and Stoneham because of the standoff.

The scene, from a distance, looking northbound on Rt 95/128. https://t.co/WXEWjCvmdk pic.twitter.com/kkY3nHkJbt

"They are refusing to comply with orders to provide their information and put down their weapons," said Massachusetts State Police spokesperson David Procopio.

Two men were seen being taken into custody on North Avenue during a live report by Josh Brogadir. The reporter said the military-clad suspects walked near the staging area and had been engaged in conversation with police officers for some time before "something happened" and both parties began to shout at one another, resulting in their arrest.

Video from the area in Wakefield where two of the men from this group described by police as one that “does not recognize our laws” are under arrest. Now being driven away. There are still other suspects on 95 which is still shut down. #WCVB https://t.co/YXfHZPUjh5 pic.twitter.com/hsbPUYCnim

"While we were standing in that area, we saw some officers start to run. They came over here and they took these two guys into custody," Brogadir reported.

Authorities are advising people to remain indoors and avoid areas near I-95.

The area of Parker Road, North Avenue in Wakefield, Elm Street, and Ash Street in Reading have been declared safe after a reported gas leak forced evacuations this morning.

Authorities say people in the following areas are being advised to shelter: Parker Road, Elm Street, and North Avenue in Wakefield; as well as those residing on Ash Street near Interstate 95.