Kristina Alice is dating who? Is she also starting a YouTube channel? Here’s everything we know so far! 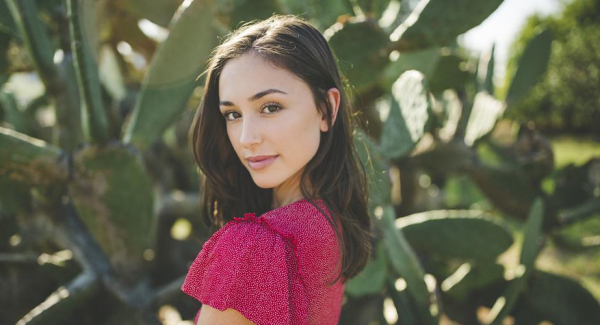 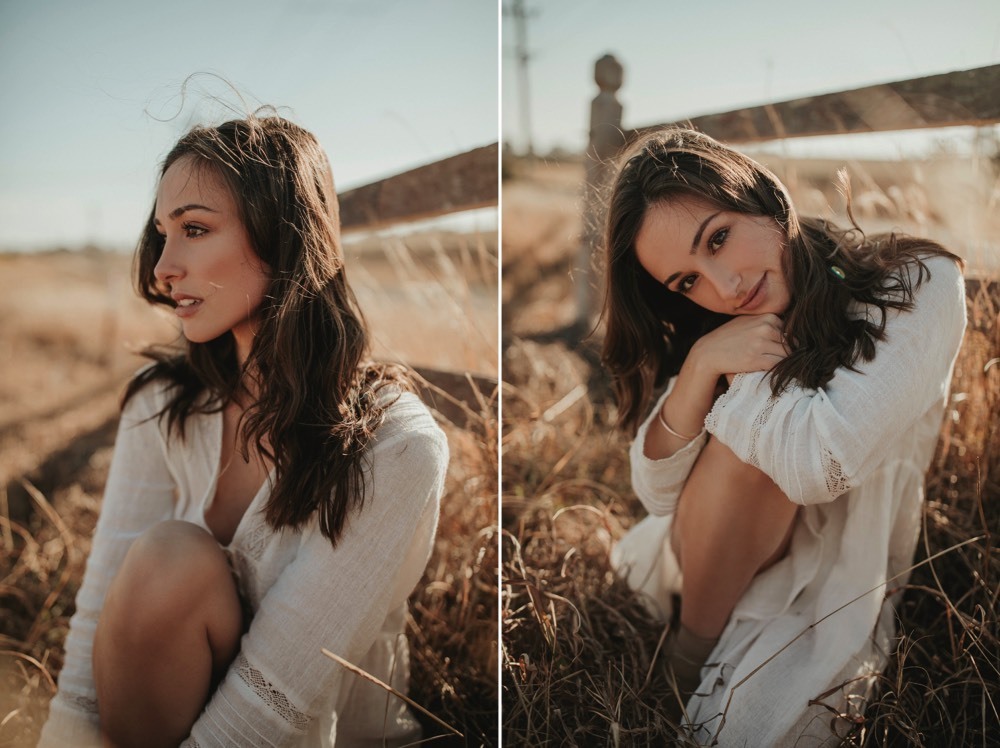 Who is Kristina Alice?

Kristina Alice is a social media influencer, model, and aspiring actress who gained a lot of attention after appearing in a music video. She was born on 30th December 1997 in Australia which makes her currently 23 years old.

Kristina Alice appeared as the love interest of a very famous YouTuber Ethan Dolan in a music video of the song “Hawaiian Party” by Cub Sport. The band is also based in Brisbane, Australia, and the music video is directed by the YouTubers Dolan Twins themselves.

But what caught fans’ attention was the kiss between the couple and they went crazy. They turned on their detective mode and started searching for her socials which resulted in her gaining over 240K followers on her Instagram.

Kristina Alice is also good friends with the YouTuber Franny Arrieta & Nezza and was often seen in their vlogs whenever she flew to the US from Australia. They did many videos together on Franny’s channel like The Yoga Challenge, Re-uniting videos, trying American Snacks, and many more! Franny repeatedly requested Kristina to start a YouTube channel of her own but looks like she is not ready for that yet.

She has been very active on her socials and can be seen advertising products on her Instagram. She has been in the entertainment industry for quite a long time so that makes her estimated net worth approximately $500K.

Let’s take a look at her sweet relationship with a YouTube Star! 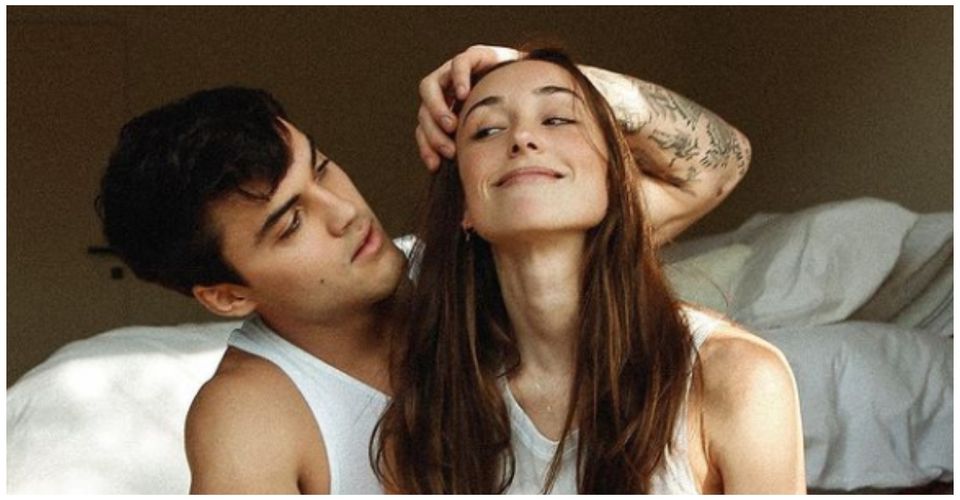 On 21st July 2020, Ethan Dolan confirmed that he is in a committed relationship with someone through a video on their channel called “Addressing assumptions about us…”. And fans put two and two together and figured out who is it, Kristina Alice!

The couple was seen together in the music video in 2018, and they knew that they fell for each other on the set itself. How cute is that? In addition, their first date was super adventurous as they went cliff-jumping together.

They met through Grayson Dolan as he was the in-charge of casting a girl opposite Ethan for a music video. Their first meeting was in 2016 after Snapchatting here and there for a couple of weeks. Apparently, they were friends for a few years since then and finally started dating in October 2019.

The fans have been shipping these two since they saw them in the music video and while some of them were excited to get this news and seemed genuinely happy for them, some other fans turned green with envy.

They started sending her hate comments on her social media platforms which affected her adversely that she had to deactivate her account for a few months. She suffered from depression after that but after a lot of support from family and friends, she is currently back on Instagram and continues to share snippets of her life.

But looks like those fans have to deal with it now as these lovebirds are madly in love with each other and are in a serious relationship. They are not breaking up anytime soon!

Although being a social media influencer and a model, she has done a great job in keeping her private life safe from the eyes of the media. All we know about her family is that she has a brother.

As of now, she has over 230K followers on Instagram which is @kristinaalice1, and judging by the photos on it she is a huge animal lover. She loves horse-riding but has a big fear of heights.

She is a big advocate for mental health and also uses her social media platforms to raise awareness about it. She has a confident personality of her own and she should not just be identified as someone’s girlfriend. We hope to see more of her work in the future! 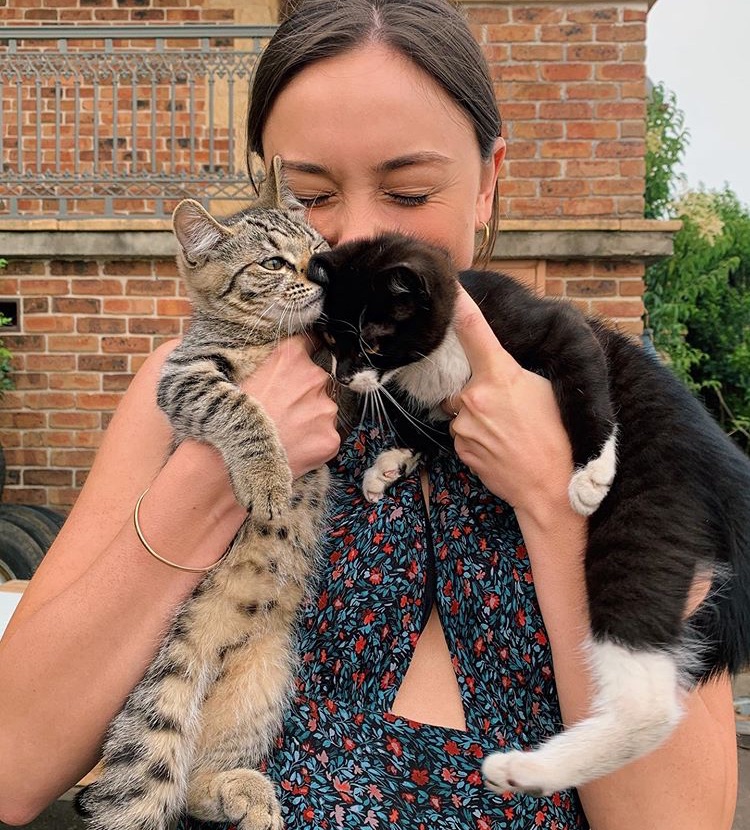 Who is Kristina Alice dating?

The publication notes that Kristina and Ethan began dating in December 2019 and Ethan made it official with his YouTube fans by calling Kristina his girlfriend in an October 2020 video. The two even kissed during the video. Fans were glad to see Ethan in a happy relationship.

What does Kristina Alice do for a living?

Australian social influencer who became famous after kissing Ethan Dolan in a music video for the Cub Sports song “Hawaiian Party.” She has also done a few modeling gigs in Australia.

When a fan said, “Ethan is in a committed relationship,” Ethan said, “Yup.”. The publication notes that Kristina and Ethan began dating in December 2019 and Ethan made it official with his YouTube fans by calling Kristina his girlfriend in an October 2020 video. The two even kissed during the video.

How did Ethan Dolan and Kristina meet?

When did Ethan Dolan and Kristina Alice start dating? According to our digging, the pair met back in 2016 because Grayson, Ethan’s twin, was talking to Kristina’s friend at the time. Given their relationship’s first anniversary was on October 12 of this year, the pair started dating in October 2019.

Are Emma and Ethan dating?

For years, fans of YouTubers Emma Chamberlain and Ethan Dolan looked for every sign and hint that the two were dating. The pair used to be BFFs and made a ton of videos together, but it was never confirmed whether or not they were just friends or something more.

Kristina Alice has deleted her Instagram handle since she got a lot of hate on the platform. But after a lot of support from friends & family, she is back now but still, her few pictures are no longer available for the fans to see.

Take a look at the famous music video “Hawaiian Party”.

For more updates like this, you can check out our entertainment blog The Market Activity.

Share
Facebook
Twitter
Pinterest
WhatsApp
Previous articleWhat is the Jougan? Who gave it to Boruto? All the secrets of the “PURE EYE”
Next articleLet’s take a dive into the life of Naomi Kay Fleming! Net worth, Lifestyle and latest updates!