Kiss Him Not Me Season 2?! Will it come or fans are in for a disappointment Know all latest details here 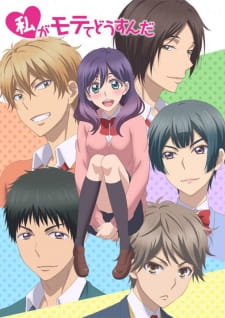 Kiss Him Not Me Season 2 might be on the way but can be postponed or canceled altogether. But here is news that we could find for the fans who are eager for a Kiss Him Not I season 2 and newcomers who stumbled upon this anime and are hoping to know more before having any big hopes. Well, this one is for you!

Before jumping onto the details of Kiss Him Not Me Season 2 which isn’t even worked on yet, here is everything that would tell you about season 1 or maybe just a recap. The story revolves around a female protagonist named Kae Serinuma, an otaku, who is obsessed with Yaoi fandoms and the idea of homoerotic relationships between men. As she spends reading manga and watching anime, she sees one of her favorite anime characters die on-screen. She is so shaken by the death that she doesn’t come out of her room for a week and severely loses weight in the process.

best Tsundere anime characters are here for you. See if your favorites made it to the checklist? Click to see the list.

When she does come back to school she realizes that she is the center of attention by the same people who belittled her when she was overweight, namely Yūsuke Igarashi, Nozomu Nanashima, Hayato Shinomiya, and Asuma Mutsumi. Kae, who is also a fujoshi, firstly hides her fujoshi self but later, when she goes onto an anime fest with boys, she meets a girl, Shima Nishina, who also, ultimately falls for her. The story evolves into the four boys and one girl competing for her love when Kae wishes them to be together with each other.

Kae soon gains weight which made her feel that finally, her lovers would stop falling for her, but to her surprise, they all decide that they love Kae irrespective of how she looks.

In the final episode, after hearing a confession from all her suitors, she decides to remain single.

The continuation in a possible Kiss Him Not Me Season 2 is unsure and it is too early to decide anything.

Kae Serinuma: The main female protagonist of the show, Kae is a hardcore otaku, and is willing to spend hours and even days watching her favorite anime or reading her favorite manga. As some people often develop an attachment to a certain character in the show, Kae develops into a character named Shion, in a fictional show called Mirage Saga. His death leads her to stay in her room for a week, which makes her lose weight and become “attractive”. She becomes famous but isn’t interested and instead wants her suitors to come together.

Yuusuke Igarashi: Igarashi is one of Kae’s classmates, who is part of the soccer team. He is characterized as the typical “the boy next door” type. After spending more time with Kae, he gets to know her more as a person and falls in love with who she is regardless of who she was before and their past.

Nozomu Nanashima: He is another one of Kae’s classmates and resembles Kae’s favorite character, Shion, and in general, a “bad boy” type. He has a younger sister named Kirari. In another one of Junko’s works, the author of Kiss Him Not Me, it is confirmed he is dating Hayato Shinomiya.

Hayato Shinomiya: He is an introverted guy, who always had trouble expressing himself since he was young and he always looked a little different from everyone so he grew up easily flustered, prone to blushing quickly and he fell for Kae’s weight loss. A member of the health club, he is described as a tsundere by other boys. He has a pet iguana named Thor, whom he cares for deeply.

Will Kono, to compare season 3 be possible in 2021? Know released date trailer and much more

Asuma Mutsumi: Kae’s senpai, or senior, he is the president of the history club and one of the people who liked Kae before her makeover. He is a gentle, laid-back person, mostly oblivious to the romantic vibes around him but gets aggressive if someone picks on Kae.

Shima Nishina: A masculine-looking girl who is a descendant of a rich family and is good in both sports and arts. Kae encouraged her to be upfront about her art and never stop drawing and she had been looking for her ever since until she found her after her transformation. She is considered to be the main threat by the other suitors.

The likelihood of these characters being in the Kiss Him Not Me Season 2 is skeptical.

Kiss Him Not Me Season 2 First Reviews?

At first, you may get second thoughts but the comedy in the anime is on point. The animation and the art style isn’t the best but it passes well enough to not stand out the flaws. The studios and the team overall did a great job and it carries on the definition of the genre rom-com well. The manga has sold over 3 million copies in Japan since January 2020.

It was also made into a live-action motion picture which was well received and was released in theatres in Japan on July 10th, 2020. It made over 51 million yen in revenue.

Kiss Him Not Me Season 2?