Why Seth Rogen Was Totally On Board With An American Pickle Going To HBO Max. Click here to know what’s the story behind this. 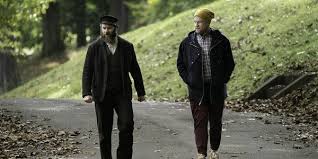 An American Pickle, the latest blockbuster has marked actor Seth Rogen’s first streaming title with his name on the very top. Though it seemed that An American Pickle had to be premiered on HBOMax because of the pandemic, the reality is that from the very beginning it was meant to be released on HBOMax instead of the theatres.

What was the say by Seth Rogen?

In an interview with CinemaBlend’s Eric Eisenberg, Seth Rogen made it clear, why he was completely on board with the movie’s home on streaming. 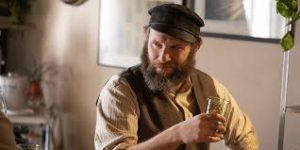 Seth Rogen said that they had very early decided that film would be doing great on the OTT platform. Although the filmmakers made the film with Sony Columbia initially, which is a major studio.

Seth also revealed that at its screening at Sony’s Studio with Sony’s head Tom Rothman, he praised the movie by saying that he loved the movie. Tom also made it clear that Sony couldn’t release it. 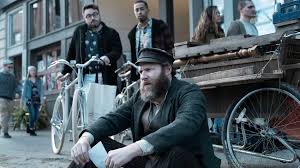 Seth and the team decided so because they believed that the version of the movie that Sony wanted, would not do justice to what they have worked for. Hence it was better that they release it online.

What does it tell about Seth Rogen?

This whole conversation showed that actor Seth Rogen is undoubtedly the most candid an actor could be. He without any hesitation revealed that they were making the movie initially under the umbrella of Sony Pictures. 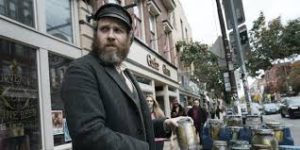 He also made it very clear that he had no issues with Sony and neither with Tom.

Seth said that he understands Studio’s business strategies. He was also obliged that Tom helped him and the team understand that every studio is meant to release certain kinds of movies and Sony couldn’t release such a movie.

It could have been possible if they would have edited the movie in a way that suits Sony or any other studio. But then that would not do justice to their efforts and to the views they had for the story.