Miley Cyrus Splits With Cody Simpson! She Said That She Don’t Want Any Drama! Click To Read More. 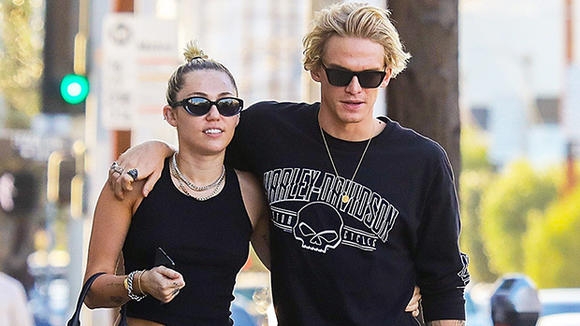 Miley Cyrus has hit the headlines for a lot of reasons. Tius time, it’s the news of her split with Cody Simpson that has the fans shocked. Miley confirmed her break-up with Cody and broke her silence on this topic. She also mentioned that she doesn’t want any drama over this. They want to keep things as clean and simple as possible. As we know they started dating each other in October 2019 when she splits from Liam Hemsworth. Friendship will continue between them as they are friend’s from more than 10 years and that part of their relationship is not going to be changed.

According to the sources they quit for their relationship. There were various news forming in the past weeks on their relationship status but no one is sure about this. But now they officially announced their breakup with each other. Miley cleared that they wanted to be ourselves first and right now they are not good togetherly!

Although they shared a great bond with each other since 2019. Last year in November month Cody took great care of Miley when she is undergone through her vocal cords surgery. We have seen their love in their pictures together how they look together and what type of bond they shared.  When they were in a relationship they took care of each other and have loads of love between them.

About their Beautiful and Spicy moments together!


They were a great couple as they always enjoyed each other’s company from the starting of their relationship. From making TikTok’s videos together to sharing coffee in Calabasas. And now they are posting their pic’s together and sharing their old memories with the fans over social media. And fans have also loved watching these short snippets and pictures of the couple together.

The post’s including birthday pic’s, TikTok’s jamming and their dance video’s together. They also have the same matching tattoo together. But don’t know the reason behind their apartness when so much of love present between them. Miley only talks about that they want to be ourselves first.

What happens next to both of them is sadly unknown to anyone right now. Let’s see what will happen next.

Stay connected with The Market Activity for more News, Updates, and Insights!