Russia launched the first ever Coronavirus vaccine!!! Click to know more about it!

Russian President Vladimir Putin launched the first coronavirus vaccine, "Sputnik V.." Amid the rising number of coronavirus cases, The mass production of these vaccines is to start in September and mass vaccination in October.

According to the top officials, The name " Sputnik V"  is given to the vaccine after the world's first satellite and is developed together by the Russian Defence Ministry and the Gamaleya Research Institute.

The deadly virus has infected more than 20 million people, and killed nearly 750,ooo all over the world. It also decreased the world economy. 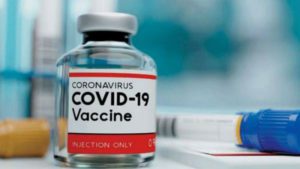 During the television video conference with the ministers, President Vladimir Putin declared the registration of vaccine against covid-19 openly for the first time in the world.

He also stated that one of his daughters has also vaccinated. It means that she also took part in the experiment.

Earlier, the Russian government had confirmed launching mass creation of vaccine within weeks and also many million doses per month by the next year.

The production of vaccine by September 2020

According to the sources, the first potential vaccine by Russia for coronavirus will be authorized by the regulators in August. After that, the production will begin in September 2020.

As per the Industry and Trade minister of Russia, Denis Manturov, there are no exact numbers of doses, and the production of several thousands of prescriptions will take place in 2020 and by 2021. In addition to this, Russian Companies will able to produce several million doses of Gamaleya National Insititute's vaccine.

Murashko, Health Minister of Russia, informed that the government is planning to start a mass movement against Covid-19 by October 2020.

As per the sources, the vaccines will first give to the doctors and teachers. Also, the vast range of vaccination will be launched in October 2020 as the Russian government is also planning to start a new system of treatment slowly.

The World health organization (WHO) is tracking several candidates of the coronavirus vaccine, and they did not comment on the vaccine clearing all the three phases of the human trials.

Russia hasn't published any findings from its vaccine clinical trials. They released the report on July 13 when they claimed that their two-part phase 1 trial was a success. Also, the country Russia lacks proper guidelines and measures, and Health experts are worried that the country is cutting corners and is fast-tracking the procedure by putting people in danger.

The WHO spokesperson stated that sometimes individual researchers insist that they have found something. But this is different from passing through various levels.

The organization also advised the nation to follow the formal guidelines to produce a safe and useful vaccine.

That's the wrap for today. For further updates, STAY TUNED with us!

And if you find my article interesting, you can read my next article about Conor McGregor and his lady love Dee Devlin.