Xiaomi Redmi 9 Prime Debus In India!Read To Know The Specifications And Price.

Xiaomi has finally taken the wraps off its Redmi 9 Prime smartphone. The smartphone has launched in India as a rebranded version of the Redmi 9 global variant. To recall, the Redmi 9 was launched in Spain in two variants including 3GB RAM + 32GB storage and 4GB RAM + 64GB storage model. The phone will be available in India in two storage variants as well.

The Xiaomi Redmi 9 Prime comes with a 6.53-inch full-HD+ display with a 19.5:9 aspect ratio, 394ppi pixel density, and 400nits brightness. It flaunts an Aura 360 design, ripple texture, and has a 3D unibody design. The smartphone is powered by an octa-core MediaTek Helio G80 processor, which is backed by Mali-G52 GPU. Xiaomi is offering this phone with up to 4GB of RAM and up to 64GB onboard storage. The company has also given an option to expand the internal storage using the dedicated microSD card slot.

As is the trend these days, the new Redmi phone offers a 5,020mAh battery with 18W fast charging support. But, it ships with a 10W charger. In terms of connectivity, the device supports 4G VoLTE, Wi-Fi 802.11 a/b/g/n/ac, Bluetooth 5.0, Wi-Fi Direct, FM Radio, NFC, GPS, AGPS, and infrared sensor. There is also a rear-mounted fingerprint sensor, a 3.5mm audio jack, and a USB Type-C port. It even comes with P2i coating, free phone case, and TUV certification.

The Xiaomi Redmi 9 Prime price in India starts from Rs 9,999, which is for the 4GB RAM + 64GB storage option. There is also a 4GB RAM + 128GB storage model, which will cost Rs 11,999. It will be available for purchase in four colors, including Space Blue, Mint Green, Sunrise Flare, and Matte Black. The Redmi 9 Prime will go on sale from August 6, meaning during Amazon Prime sale. Xiaomi has confirmed that the budget phone will later be available via Mi.com, Mi Home, and Mi Studio as well. 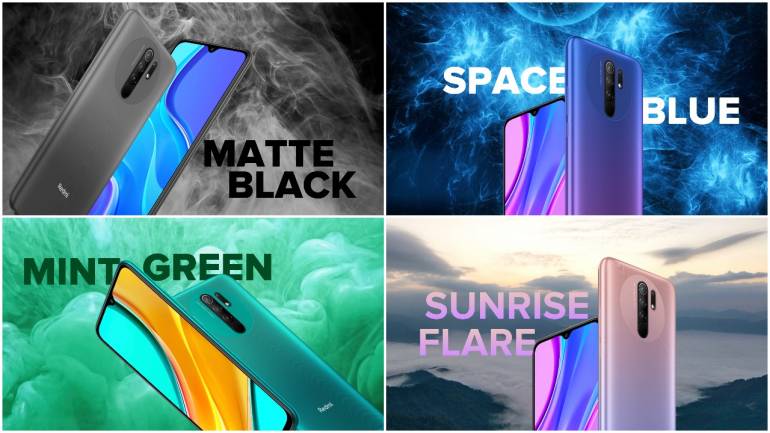 Should you buy it?

Looking at the price, the smartphone comes with features such as a massive 5,020 mAh battery, quad-camera, expandable storage. It is expected to compete with entry-level smartphones like the Realme Narzo 10, the Samsung Galaxy M11, and the Moto G8 Power Lite available in the market. The phone packs the MediaTek Helio G80 chipset, which is not optimized for gaming. However, the phone can handle heavy games like COD.