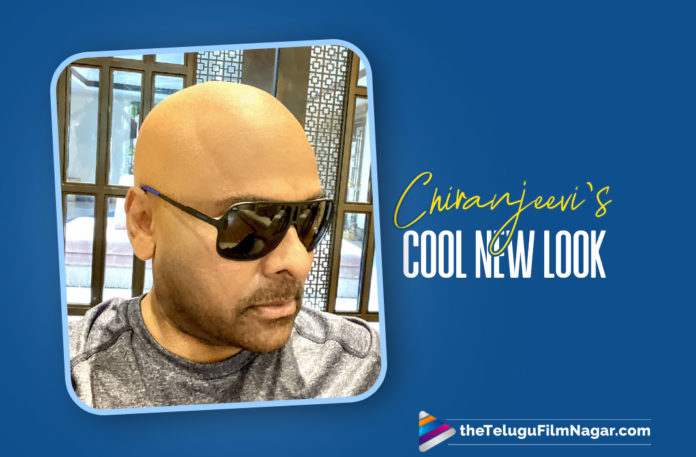 Chiranjeevi’s new look surprised everyone. This time with his shaved head and black sunglasses. The South Indian actor shared the picture from the Instagram comparing his look, with the monk. He mentioned, “Can I think like a monk” before calling himself the urban monk.

Over the dashing new look of the actor, various peoples have commented and one among them is his son Ram Charan. He wrote “ Appaaaaaaa! What did I see?” displaying her surprise and eagerness over the same.

Besides him, Chiranjee’s nephew Varun Tej too commented over the pic saying “ Woah! Looking, great daddy.”

His brother Naga Babu too wrote over the same “ No one does it better than you….Firing up the trends with your style and killer looks. Adapting is what people do….Influencing is what megastar does….Megastar is here.”

The pic gathered a total of 2,91470 likes and still counting.

People want to know about his intentions behind taking the look. Some are associating it with Actor’s new movie “ Acharya “ which is directed” by Koratala shiva. A few days back on Actor’s birthday the makers of the movie have shared the first poster on social media where it was lauded by many. However, it cleared the fact that the actor’s new look has nothing to do with the new movie as he is seen having hair in the poster.

Prior this year, in July, the actor shared his mustache less pic gathering the same reactions from the users. 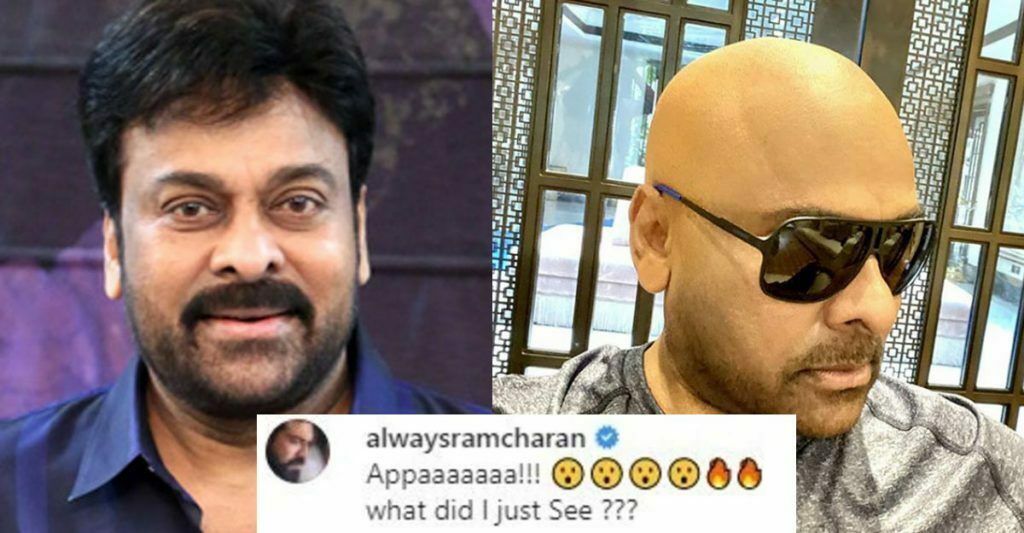 Chiranjeevi the veteran actor of the Telugu movie Industry has over 150+ movies in his name and is known for his notable acting in Krushi Rudraveerah, Indra, and Aapathbandavudu. His upcoming movie is Acharya, which is marked to be 152 on the list. In the movie, he is starring next to Kajal Aggarwal. Ram Charan and Rashmika Mandana are expected to be in the role of comeo. The movie will release next year.

After making his debut in 1978 he got the chance of having acted in various south Indian movies including Tamil and Kannada. He too got featured in Hindi movies and have acted with Amitabh Bacchan for the movie Raa Narshima Reddy.

The actor from the past few months keeps posting videos of himself, cooking various dishes. Last time he was seen cooking his mother’s fish recipe. He has also tried preparing Parasattu ( a crepe-like dosa) for his mother, depicting his cooking skills.

Keep following us for the latest news and future updates.