made anKim Kanye: The Black Lives Matter protest is spreading like wildfire. Police are using their power for the wrong purpose, and people are demanding a change. Furthermore, this is why the California Senate Bill 731 has emerged to bring some strictness in this regard. Now Kim Kardashian is also asking her followers to say yes to the bill for some necessary change.

Kanye West has been a darling of controversies for his public statements and political stand over the years.  He was spotted participating in one of the protests.  This made news in context with the Black Lives Matter protests. These have grown in support in the USA and other parts of the world. He was seen with Chicago Public School students as he marched for the rights of black people. Soon after the pictures surfaced online, support for Kanye West gained momentum with fans cheering the rapper. 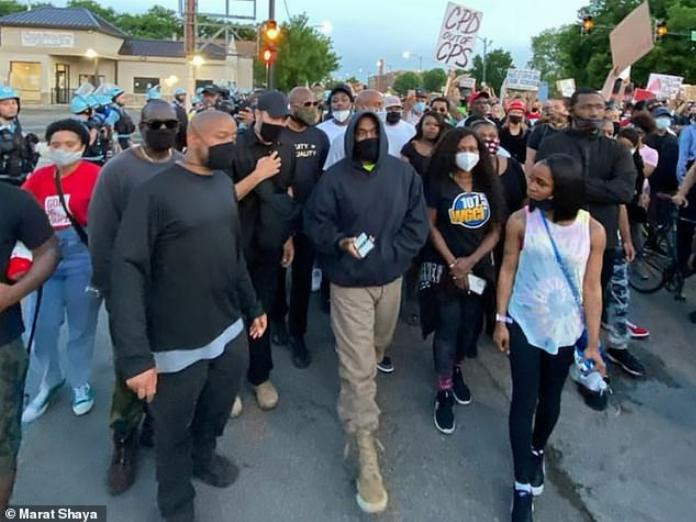 A statement or not, he proved actions speak louder than words. Kanye, on top of the public appearance, has also created a college fund for George Floyd’s daughter.  The fund will help his daughter Gianna, a six-year-old daughter. He has also donated $2 million to charities associated with the movement.

The rapper has also pledged to cover legal costs for the Arbery and Taylor families reportedly. Ahmad Arbery was fatally shot while on a jog in February. Breonna Taylor was killed in her home by police in March.

George Floyd died on May 25 after police officer Derek Chauvin pinned him to the ground using his knee. He kept his knee on Floyd’s neck during his arrest, which led to his death.

We’re happy to see Kim putting up money as for years she has benefited from the appropriation of black culture.