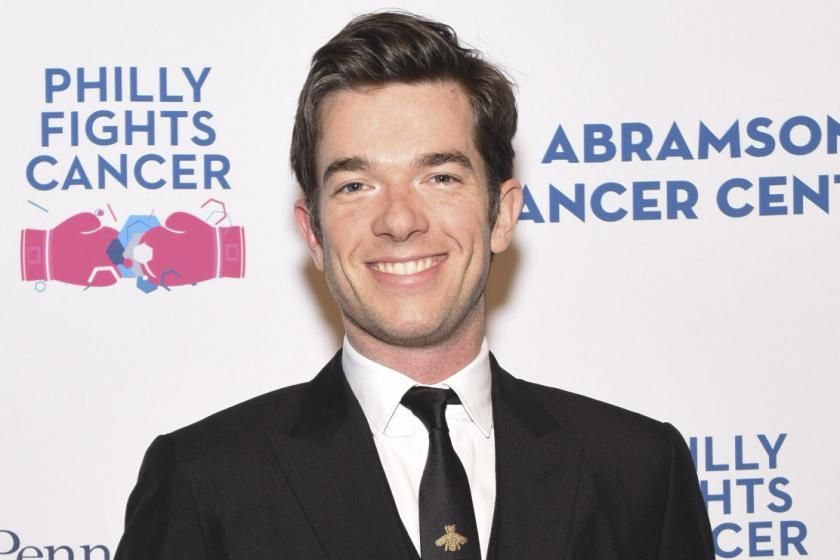 Fans these days can go to any extent to show their love and affection towards the one whom they admire a lot. Fandom is something which new celebrities took pride in and are even judged sometimes by the number of fans one has. They all discuss and cherish their “Fan Moment” openly. One of the recent Fan Moment we witnessed was of John Mulaney and his fans’ sweet gesture towards him.y

Proceed to know what happened.

John Mulaney during one of his shows shared his thoughts about Ice T and how he does justice to his role in “Law and Order: Special Victims Unit”. He even said that he admires him and his dialogues and acting are truly commendable.

Tracy Lauren Marrow, 62 popularly known by his stage name Ice-T. He is an American rapper, singer-songwriter, musician, actor, record producer, and author. Gained major recognition through the role of the detective he played in “Law and Order: Special victims Unit” since 2000. John Edmund Mulaney, 37 is an American stand-up comedian, actor, writer, and producer. Known for his amazing work as a writer on Saturday night host live.

In 2012, Mulaney was hosting his new comedy show “John Mulaney: New in town” where he expressed his thoughts about the popular American rapper and singer. In his time, Mulaney joked about a certain incident where Ice-T’s Detective Fin Tutuola required the notion of sex addiction clarified to him and Fin listed off numerous other obsessions. Mulaney said he could have given attention to Ice-T list off addictions for hours, and the Mulaney fans ultimately made that happen.

During his show, Mulaney commenced by pointing out how Fin had been on the show for over a decade (during the time New In Town was shot), but Ice-T enacted the identity as if he was listening about sex scandals for the first time in each episode. “I love Ice-T on SVU. He is fantastic,” Mulaney said. Mulaney further continued, “He’s awesome. What’s so great about him is that he’s been with the SVU for like 11 years now, but he still deals with every issue like it’s his first in terms of total confusion.”

The entire incident wrapped up with Mulaney listing off the addictions he would love to hear Ice-T say on SVU. Mulaney enthusiasts awarded that longing of him by pooling their monetary aids. Mulaney fan army raised funds to meet the rapper’s fees. All the fans contributed to the fund according to their choice. They then hired  Ice-T through Cameo to execute the lines and paid his fees. The fans condensed and reworked the clip to have Ice-T’s cameo video replace Mulaney at the end. We are convinced that it cost a pretty penny to make it possible for Ice-T doesn’t come ordinary, but we truly acknowledge this to be wealth well spent. Mulaney is blessed with a GREAT FAN ARMY!

Sadly, Mulaney didn’t comment or shared his views on the video. Probably he is busy working on his new projects. Earlier this month comedy Central announced two new episodes of John Mulaney and The Jack Lunch Bunch even though the first episode got premiered on Netflix. Mulaney said that he was an intern at Comedy Central and was barely older than the kids in the lunch bunch. He even said that he is totally surprised about them hiring him again because according to him he was a bad intern.
He said, “We are thrilled to bring these specials to Comedy Central: a place where I have had so many good times.” On the other side, Ice-T is occupied preparing for another season of SVU. He has been on the show since Season 2.

You are all caught up for today’s readers. Will soon update you with all the latest happenings. Stay home and stay safe!