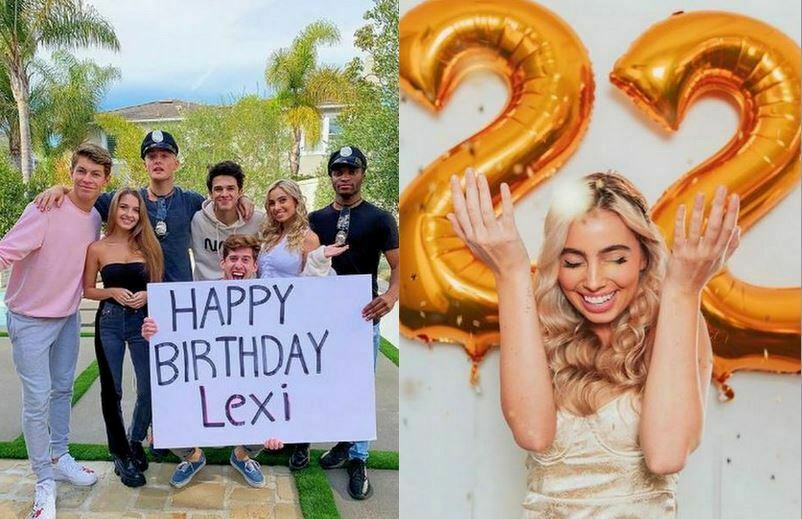 Lexi Hensler is a very famous YouTube star and an Instagram Influencer. She got famous through her Instagram profile and with her cheerful YouTube Videos that she posts daily. Her very first video on YouTube was released in April 2014, from that time until now, she has gained a huge fan following for her personality and her looks. She has now 2.8M subscribers on her YouTube community and 2.3M followers on her Instagram account. Her real name is Alexander Elizebeth Hensler but she decided to go with Lexi Hensler itself as she didn’t like the name Alex at all. Her fans get to know her through her Instagram account where she regularly posts her pictures from her recent photoshoots or wherever she travels out.

Lexi Hensler was born and brought up in Los Angeles, California. Although, she has spent a couple of years in Bakersfield, California as well. She got into acting at a very young age of 14 and came into some stand-up comedy shows. She has one older brother who lives in Washington DC, but, they didn’t grow up together, yet she still loves him from her heart. Her mom runs a kid’s hospital and her father is also skilled in hospital management and has been good at rejuvenating failing hospitals. Lexi’s parents were very supportive of her due to the reason that she was creative at a very young age and pushed her to pursue what she dreamt of, which, helped Lexi Hensler to gain confidence to pursue acting.

She is very fond of her mom much more her dad, so much so that she even featured her mom in one of her youtube videos released in October 2018 titled, TURNING MY MOM INTO ME!!! and in the other couple of her videos too. 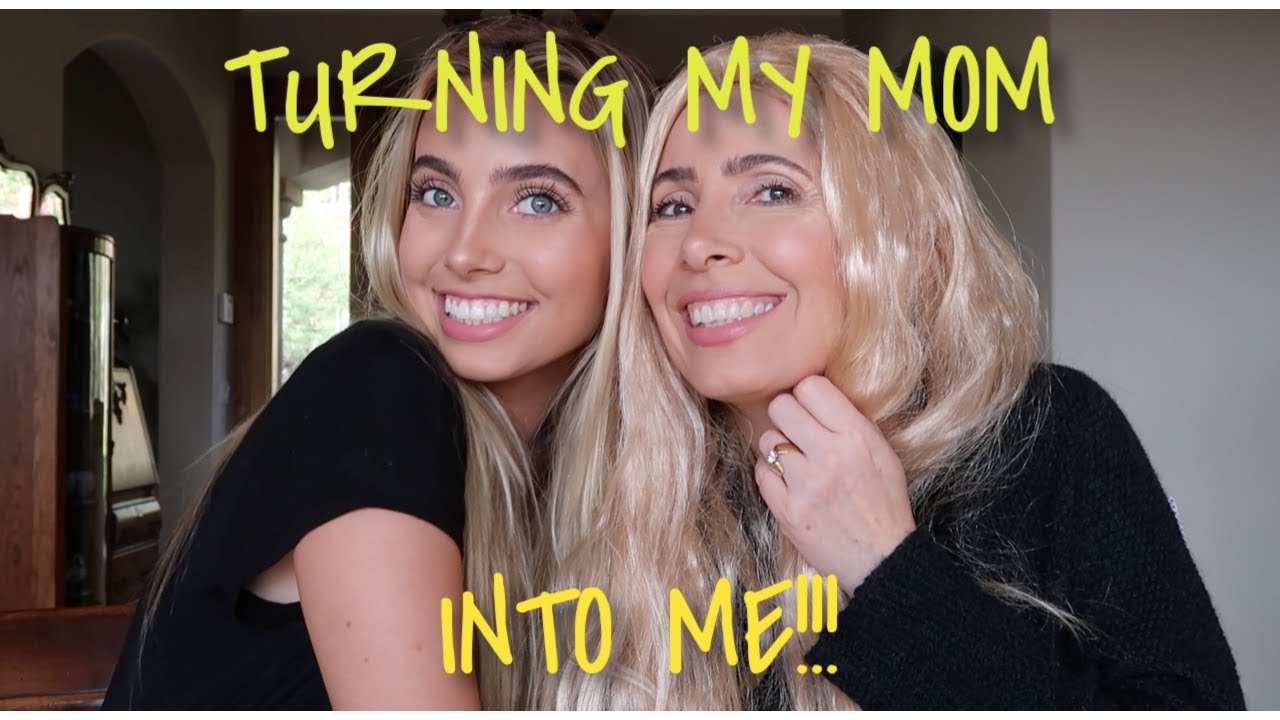 What made Lexi Hensler famous?

Lexi Hensler gained her fame and popularity with her Instagram profile which is filled with pictures of her with model outfits. She used to post photos of her daily and what’s going on with day-to-day life. She was also cashing in on the TikTok craze and had 2.1M followers on that platform. She began her career at 14 and started appearing on comedy videos as well. With that, she has also done a lot of brand endorsements by which she earned money as well as fame.

What is Lexi Hensler is fond of?

Lexi hensler likes dogs and Ilambas. She even has 2 dogs, one is a bichon fried breed and the other one is of the Schnoodle breed. In addition to that, she also likes to do makeup, fashion, interacts with her fans on LIVE on Instagram, and outdoor parties with her friends. Her favorite colors are yellow and pink. She also loves rock and roll types of music, mostly the heavy metal and punk genres of music.

Lexi Hensler is a fan of few YouTubers and one of them is the makeup artist who has his own show “Instant Influencer” James Charles. Her favorite YouTuber’s are Jenna Marbles and David Dobris who is she is a die-hard fan. She is also a fan of her favorite collaborates Brent Rivera & Ben Azelart with whom she has done a lot of videos and still is collaborating.

Her past relationship and love 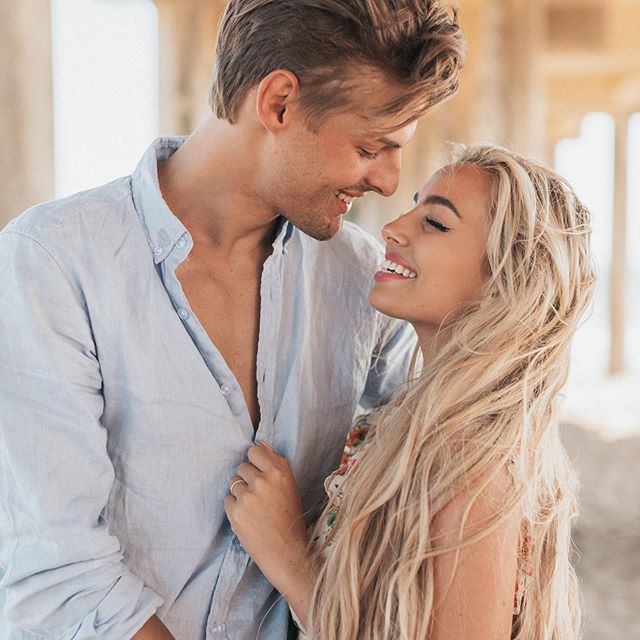 Lexi Hensler and Charles Wilson started dating around in the months of 2020. She also posted an Instagram post with the caption “our first date” and she also made them clear for her fans with her video “Saying yes to my boyfriend for 24 hours (Meet my bf). Before they both broke up, Christian and Lexi Hensler got married which she later revealed was all a prank. Not so long, after their break up, Brent Rivera made a video with Lexi Hensler for which Christian replied on his Instagram as “Things not to do 3 weeks after a break up”. Their fans rose after that shocking reply and asked why they broke up and the reason for it on his every post. Christian turned off those comments and later Lexi Hensler confirmed her break up with Christian in a YouTube video. 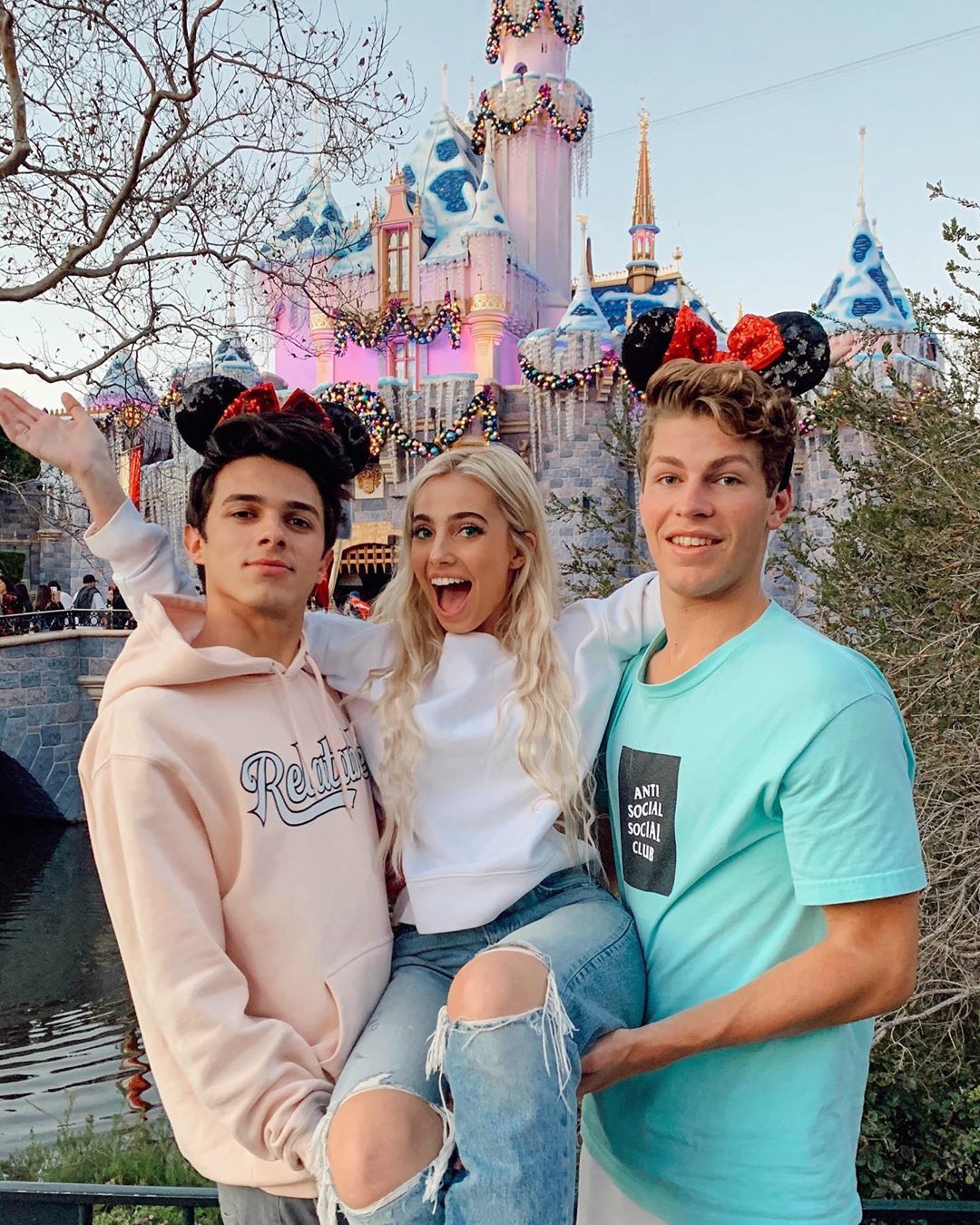 Lexi Hensler was very close with her friends or so-called buddies Brent Rivera & Ben Azelart and they collaborate on several of her YouTube videos. There is so close to each other made many people look beyond their friendship bond and think that they were sort of dating. Lexi addressed the rumors in a video and stated that she never dated brent and he is one of the most incredible people she has met, so down to earth, intelligent and so giving. She also added that she loves him but they are really good friends.

Adding to that, Lexi Hensler also addressed the rumors about Ben Azelart and said that brother-sister relationship and that they were so close in LA due to they live there.

Her fashion and Physic 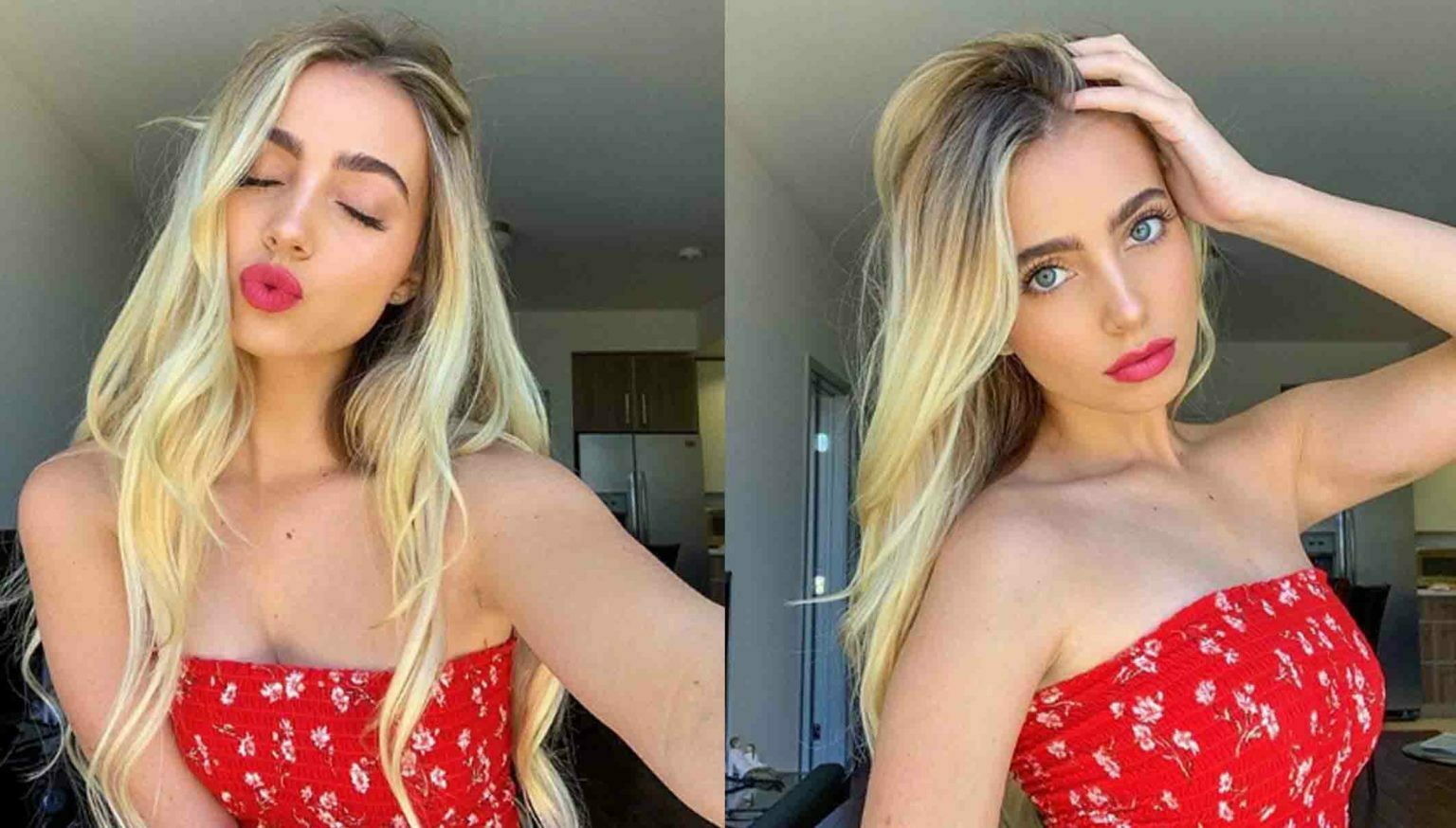 Lexi Hensler fans adored her not just for her personality but also for her physic as well. She has got a broad smiling face and blond hair. She does fitness and stays slim all time. She likes to color her hair every time but in much of her videos or photos, she appears to have her color being in Yellow. Her fans adored her eyes and the shining kind-off positive vibes that she gives out from her photos as well as her videos. She loves to be colorful at all times which is quite evident in her Instagram photos. She is 5’2 and loves being short. However, it’s sad for her when people meet her at any place and they ask oh we thought you would be tall and they look very disappointed. 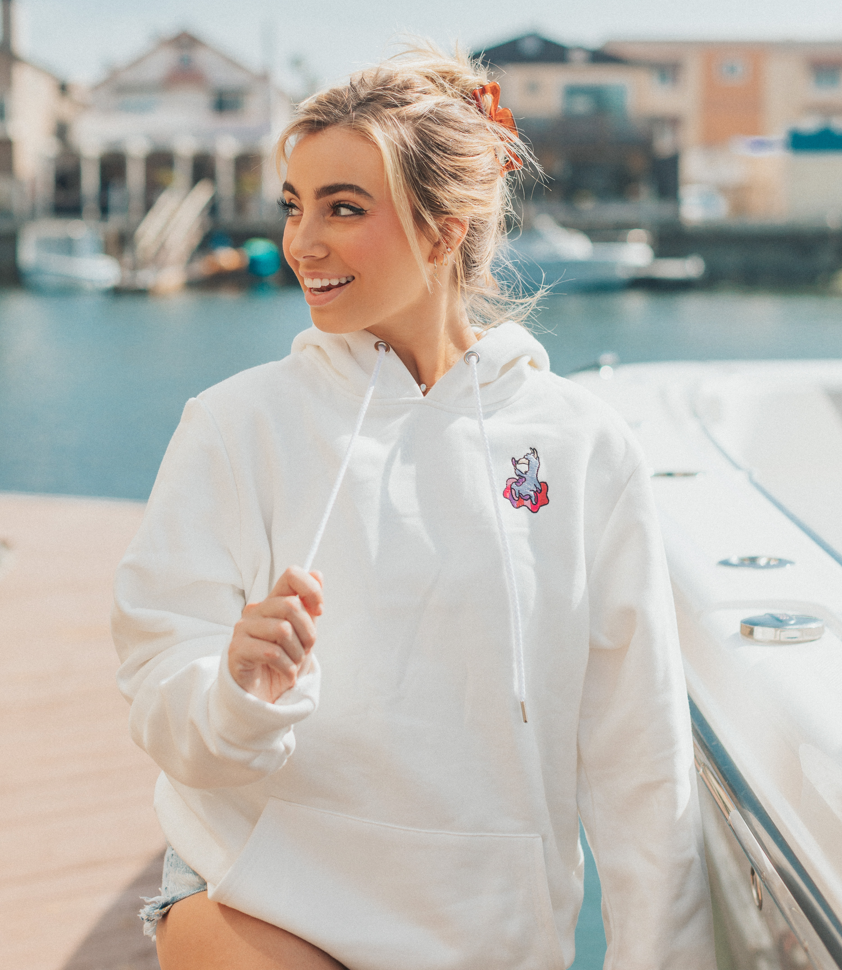 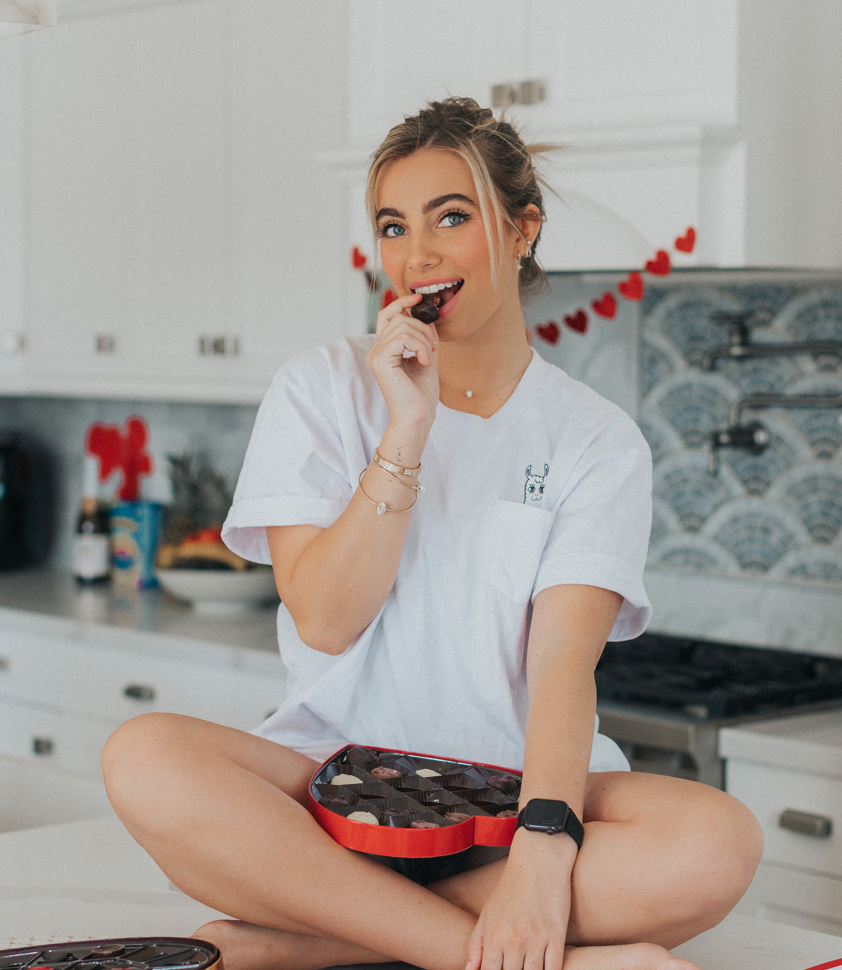 Lexi Hensler has started her own merch “LEXI ILLAMA” where she sells products like Hoodies, Sweaters, T-shirts, and headwear, etc. The name for Illama is because she loves the animal and for her 22nd birthday, she actually visited a farm of Illama’s there. For starting her own brand, the idea would have been from her friend Brent Rivera who came up with one way back. Furthermore, websites like “Redbubble” had already launched some Lexi Hensler fan merchandise which included customized apparel. 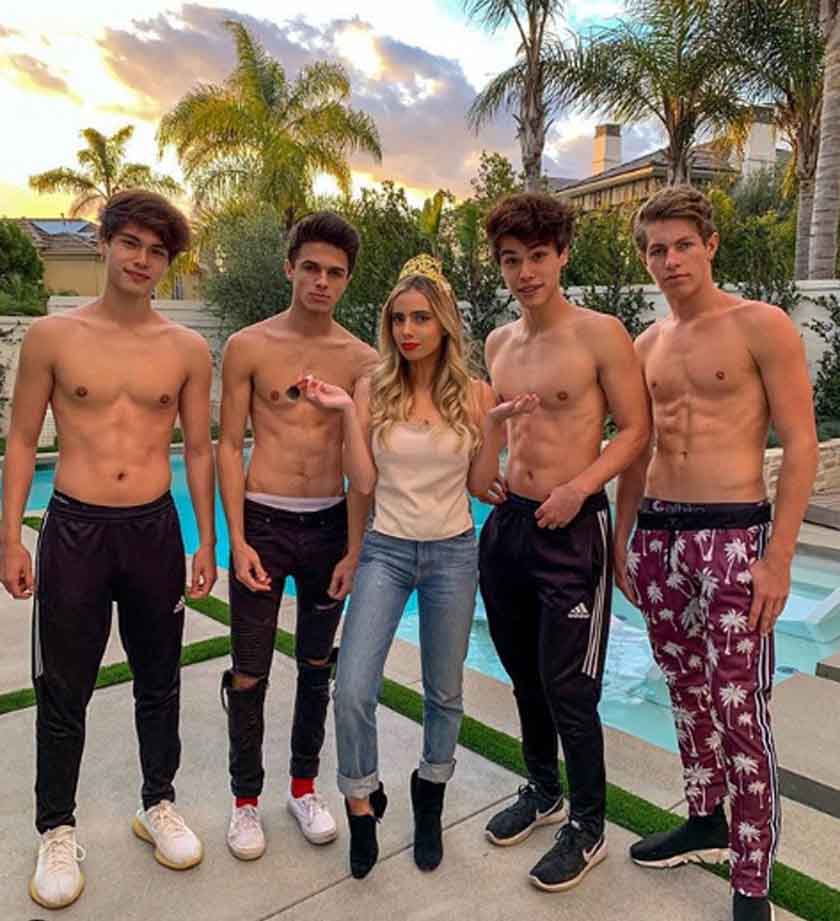 The famous Instagram twins, Alan Stokes and Alex Stokes who have their own YouTube Channel “Stores Twins” with 6.8M followers are famous for their youtube content and their personality. They have collaborated with Lexi Hensler a lot of times and have been good friend s with her. In addition to that, they have also collaborated with Lexi Hensler friends – Brent Rivera & Ben Azelart as well. Even once, they all went to Galen center to attend Nickelodeon’s 2019 Kid’s Choice Awards in Los angles, CA. With Lexi being very close to them as well, people on social media asked whether she is dating them and even rumors spread out of it but she denied them all.

How much does Lexi Hensler earn?

Lexi Hensler has an estimated net worth of $200,000. Her YouTube videos mainly deal with her doing challenges by herself or by her fans on Instagram, Vlogs of tours, doing pranks and surprising videos, and pretty much mostly what she does with her life and what her fans find interesting with her. She earns money also with collaborations and brand endorsement that she often does on her Instagram as well as for her YouTube videos. She is very active on these platforms and is interactive with her fans as well. Also, she regularly posts videos on her channel which makes her fans happy. 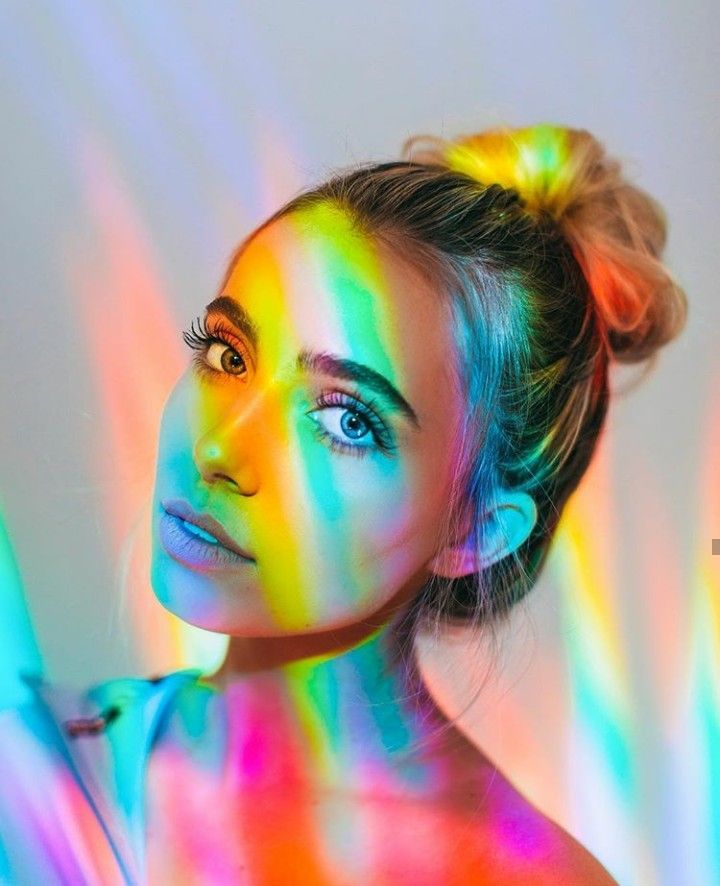 Yes, she hardly does as she mentioned in the video of Awesomeness TV “Lexi Hensler Answers the Internet’s Most Searched Questions” where she revealed that she has 5 tattoos on her body. Lexi Hensler also revealed that one of them, had a funny story because it was her friend Caleb who brought a tattoo gun on Amazon during a hangout and he let him tattooed her foot. It was a symbol of the crescent moon but her friends think it was in the shape of D and she also thinks that she needs to get fixed eventually.

That all about her right now.