The comment prompted Fawn Sharp, president of the National Congress of American Indians to call him "an unhinged and embarrassing racist who disgraces CNN and any other media company that provides him a platform."

To correct the record, what European colonizers found in the Americas were thousands of complex, sophisticated, and sovereign tribal nations, each with millennia of distinct cultural, spiritual and technological development,” she wrote in a statement.

Sharp, chief of the Oklahoma-based Cherokee Nation, has called on CNN to fire or suspend Rick Santorum for his recent comments that Native Americans had no rights until they were granted citizenship by federal law. The 500+ tribes and their allies worldwide agree with Sharp's call.

Santorum gave a speech in April at an event of a conservative organization named Young America's Foundation where he said:

CNN, which came under pressure to drop him as a commentator after the remarks, said on Saturday it had parted ways with Santorum.

"When I signed on with CNN, I understood I would be providing commentary that is not regularly heard by the typical CNN viewer. I appreciate the opportunity CNN provided me over the past 4 years," Santorum said later on Twitter. 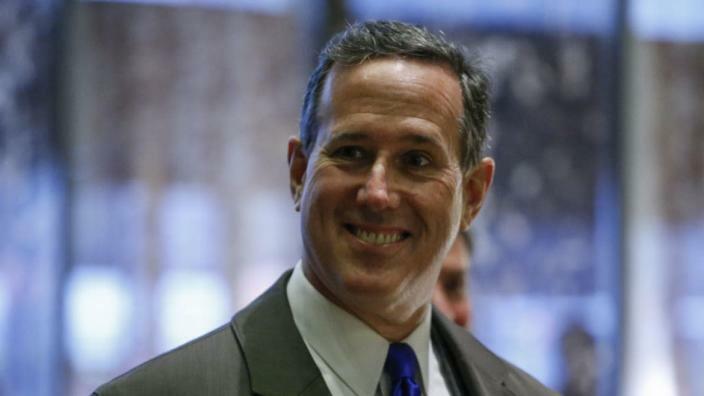 The Native American Journalists Association is calling for the dismissal of Rick Santorum from CNN. When he appeared recently on Cuomo Prime Time, anchor Chris Cuomo asked him about his comments and then made what sounded like a joke when referring to their inaccuracy. The false statements were quickly denied by Mr. Santorum during an interview with CBS This Morning's Gayle King this morning (May 9th).

Rick Santorum was fired by CNN after making inaccurate claims in May 2019- according to sources at the National Indigenous Media Association - but it looks as if that has not stopped him from continuing to make new errors since summer began: just last week he stated incorrectly that there are "no Muslim countries" in North Africa or Asia while advising on immigration reform.

“People say I’m trying to dismiss what happened to the Native Americans,” he said. “Far from it. The way we treated Native Americans was horrific. It goes against every bone and everything I’ve ever fought for as a leader in the Congress.”