These Netflix Movies and TV Shows Leave this June, Will Not Available! 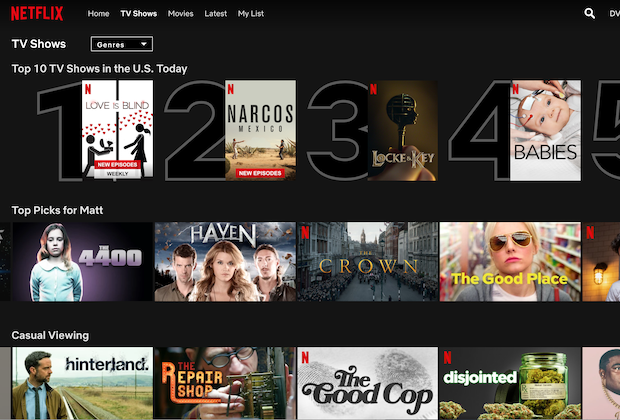 Your favorite TV show is going to be gone forever soon. Netflix has announced that they will remove a number of series from their streaming service next month, including the first two seasons of Twin Peaks, all eight seasons of Portlandia, and many more favorites. The only thing you’ll have left is Twilight Zone episodes but who really watches those anymore? Watch these shows before it’s too late!

Netflix has announced that, after June 27th, they will no longer have the original Tales of the City installment available to subscribers. In addition, Netflix’s revival of Armistead Maupin’s series is set to air in 2019 and there are rumors about what storylines it may cover.

Netflix recently released their announcement stating that “Tales from The City” would be a part-exclusive show on its network as it was revived for release this year but now only members can view episodes 1-6 until mid July when all content will then become unavailable unless you purchase seasons separately or subscribe monthly through another service such as Amazon Prime Video which offers free trials so people continue viewing without interruption by ads while more new installments come out later next month.

On the film side, there are some great classics coming to a theater near you. Catch up on your favorites like Back to the Future or take in something new and exciting with The Secret Life of Pets 2!

After the success of their original show Stranger Things, Netflix has announced a number of new movies and TV shows that will be added over the course of this month. Among them are comedy specials from Jerry Seinfeld and Ellen DeGeneres as well as documentaries like The White Helmet with Academy Award winner Sean Penn in tow. There is also plenty for kids to enjoy including Lego Ninjago: Masters Of Spinjeon which stars Justin Theroux on June 16th so make sure you mark your calendars!

These will leave Netflix:

Leaving June 30
The Accountant of Auschwitz
Acts of Violence
Back to the Future
Back to the Future Part II
Back to the Future Part III
Bonnie and Clyde
A Bridge Too Far
Cloudy with a Chance of Meatballs
Crazy, Stupid, Love
Enter the Dragon
Fiddler on the Roof
From Paris with Love
The Girl with the Dragon Tattoo
Gothika
Immortals
Invictus
Jason X
The Land Before Time
The Land Before Time II: The Great Valley Adventure
Leprechaun
The Roommate
Scarface
Tayo the Little Bus: Seasons 2-3
30 Minutes or Less
Training Day
The Twilight Zone (Original Series): Seasons 1-5
Twin Peaks: Seasons 1-2
Two Weeks Notice