BREAKING!! 1 Dead in Large Semi Fire on I-40 at Mt. Juliet RD, Inter State Shut Down 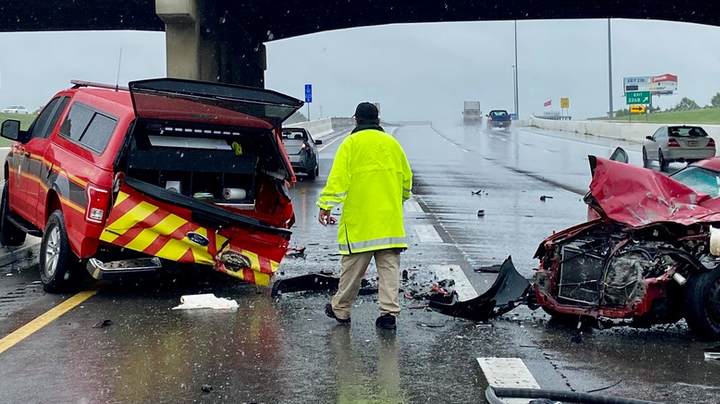 One person perished in a fiery tractor-trailer crash that caused the closure of Interstate 40 Wednesday morning. The unfortunate incident occurred around 5:30 am at Mt Juliet Road exit and has not yet been cleared up for hours since then.

The Wilson County’s Sheriff’s Office is investigating what led to the gruesome tragedy but no information on suspects or victims is available at this time. 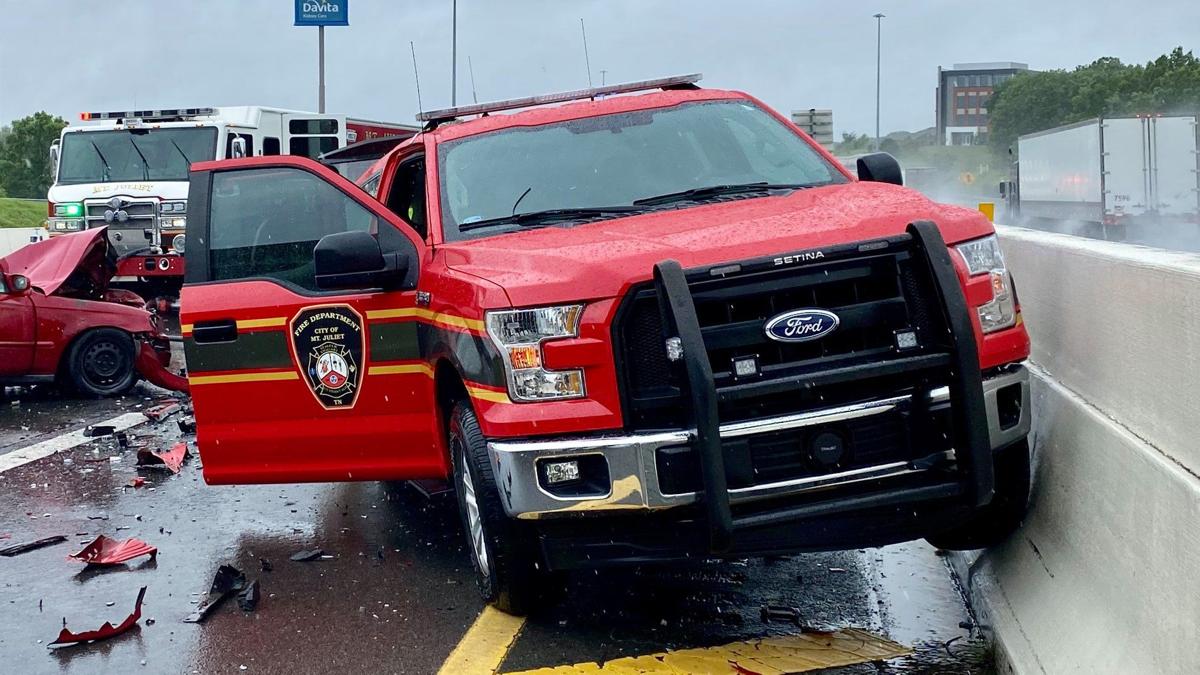 A tractor-trailer crashed at the westbound lanes of I-40, under the Mt. Juliet Road overpass yesterday afternoon. The trailer hit a support column and burst into flames; one person was killed in this horrific crash so far. Crews are assessing the integrity of that bridge right now–both Westbound lanes and Mt. Juliet Street is closed until further notice while they work to figure out what caused this tragedy on such an otherwise beautiful day here in Nashville! Traffic will be diverted from Exit 226 for some time as crews clear up debris left by cars that were attempting to get away before it got too bad…please stay tuned with us for any updates or changes happening along those routes!

A large truck fire has shut down the interstate in Wilson County. The only vehicle involved was a semi that crashed onto one of Mt Juliet Road’s bridge columns, causing part of it to catch on fire. One person is dead and crews are still working to put out the flames as we speak.

TDOT is making sure that the bridge overpass can be inspected before any lane closures are reopened. One person died in this morning’s crash, and officials have not yet identified who it was. As of 7 a.m., I-40 westbound, and both directions of Mt Juliet Road remain closed while TDOT investigates what happened during their routine inspections when they noticed damage to one side–a prime spot for an accident or injury to happen on such large concrete structures.