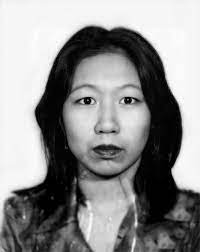 Author.Christeena
Suddenly one a day a fourteen-year-old girl comes to you and tells you that she’s been haunted by the ghost of a woman what would be your reaction?
I know right we would ask her to stop watching all those stupid movies or videos and in a worst-case scenario, we might take her to a doctor to get her treated for mental problems.
well, these were exactly the reactions of the police officers when one day a fourteen-year-old girl went to them and told them about her getting haunted by the ghost of a dead woman, of course, they did send her back without taking what she said seriously but later had to change their reaction on the same.
well, let’s find out more about what I am talking about right now and make sure to stay till the end of this page to find out more about the hello kitty case, yes you heard it right it’s not the hello kitty you’ve heard of but something else!

THE picture you see above is the victim of the hello kitty case, her name is FAN MAN-YEE.To start with about the victim she had a very disturbing childhood and grew up in bad situations. 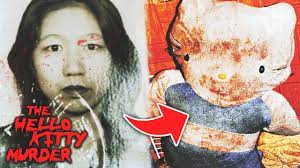 she was a little girl when she was abandoned by her parents and further in her life, she did not have any relatives or any close people and was brought up in girls home and since her early life, she was lonely and was not brought up with affection or care.

after that later in her years as a teenager, she got addicted to drugs and that changed her life miserably, she was not able to get out of the addiction and when she couldn’t afford to pay for her addiction she turned her way to prostitution to pay for the drugs and her expensive habit. well her teenage and early years were destroyed and she couldn’t come back from the trap of addiction she had fallen into.

by the time she was twenty-three years old, she had acquired the job as the hostess of some nightclub and she was also battling her addiction to drugs.

during the early months of the year 1997, the hello kitty case victim Fan Man-yee met Chan Man-Lok who was in his forties at the nightclub they connected easily since Chan was a pimp and a drug dealer, and Fan -yee was a drug addict and a prostitute. Man -yee became a group member of Chan’s gang apart from his henchmen.

the story gets weird when later during the same year when Man -yee stole Chan’s wallet and stole money from it, she did that because she was desperate for drugs and couldn’t afford them the wallet was having approx. four thousand dollars inside, she managed to feed her addiction with that money then but did not know that it was a bad idea!

when CHAN learned about the missing cash from his wallet he ordered two of his henchmen to kidnap FAN MAN-YEE. The two henchmen were Leung Shing-cho and Leung Wai-Lun.

Chan was planning on compensating the money stolen by MAN -YEE by making her prostitute for him and this plan of events turned the life of MAN-YEE completely.

The three murders soon realized that just prostituting man-yee would not do the job, those animals wanted more. They began torturing her, which is unbearable, the tortures included constant raping, burning of the victim’s skin, and making her eat human feces.
These tortures were unbearable but more terrifying is the teenage girl who turned out to have reported the crime.

this is the name or the name given by the HONG KONG COURT to the 14-year-old girl who reported the murder of MAN-YEE  to the police. SHE was said to be the girlfriend of CHAN MAN -LOK or we could say she was another one of CHAN MAN-LOK’S prostitutes. She is said to have witnessed  MAN-LOK kicking on MAN-YEE’S head over 50 times when she was visiting the apartment where MAN-YEE was murdered. Later AH FONG also joined the act of kicking the victim even though the rest of the details about the tortures inflicted on MAN -YEE by AH FONG are unknown, when asked about the same she replied by saying that  “I had a feeling it was for fun.”

Well AH FONG discovered that MAN -YEE DIED  after month-long torture. While CHAN-LOK AND his henchmen argued that FAN MAN-YEE DIED due to the overdose of drug methamphetamine which she took herself. but later the forensic and medical team found out that she died due to internal and external injuries from the torture she suffered.

Cruelty at its peak:

The three murders are said to have boiled her body parts in the same stove on which they cooked food and they disposed of her body parts as garbage along with other garbage.

well, they shaved her head, and after boiling it using the same utensils and spoons they had used to cook their atrocious food.

Tallest Woman! Maci Currin ,Who Is She? All the Secrets Behind her!

They sewed her boiled skull to an oversized hello kitty mermaid doll.

they also had kept other body organs and one tooth from the victim FAN MAN-YEE and stored them in plastic bags.

even though AH FONG was considered her age she managed to testify against these three men and the evidence police found were disturbing the apartment was full of hello kitty themed, items like curtains, bedsheets, and pillow covers too were hello kitty themed.

the remaining body parts the police found had evidence of these men’s interactions but the remains were not sufficient enough to find out the cause of death of the victim and the medical team was not sure if the cause of death was torture or drug overdose.

so the court of HONG KONG made a ruling and the three were convicted of manslaughter and not murder, as the jury believed that though they had caused her death, murdering was not the intent. The charge left Hong Kong’s public in disbelief from the Hello Kitty Murder, but the trio was sentenced to life in prison which came with the possibility of parole in 20 years.

That’s all about the horrific hello kitty case and the victim  FAN MAN YEE, let’s pray for the departed soul and hope nothing like this happens again in this world.

so by that will see you in the next article till then adios.

Who is the victim of the hello kitty case?

Why is it called the Hello Kitty case?

the murders stuffed the victim’s skull into the head of a hello kitty mermaid doll and sewed it back up.