Watch Movies Together | Easy Guide to Enjoy Movies With Your Partner, Friends and Family 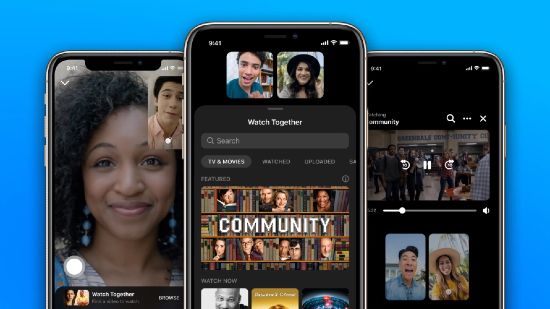 Movies are an experience we all love to share with our near and dear ones. There was a time when the whole family would get together on the weekend supposedly an off day to watch some drama together. This act was popular not only amongst the family members, even when one planned an outing with friends or their respective partners the first idea that popped into any mind was a movie.

So, what has changed since then? No doubt the movie-going experience is still surreal and out of this world one. It is something nobody should miss. But with the current generation being caught up in their work webs, it is impossible to make room for entertainment. Movies have now been reduced to boxes i.e our phones.

Well, we can’t push the general public into movie halls with the past two years where all they have practiced is to avoid contact. But, we have best of the both worlds.

This is your guide to enjoying a movie with your partner/friends/family through the screens of your phone or personal computer. 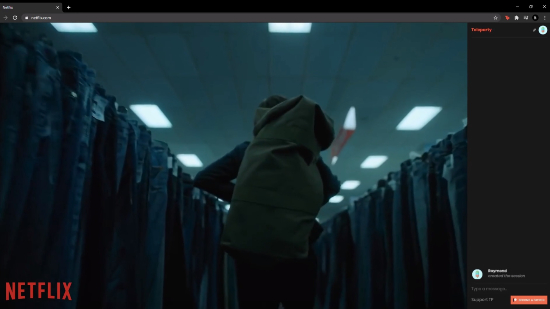 The very first way is pretty straightforward. Netflix is a popular platform and this method requires each person viewing to have their own Netflix account. This method can be ideal for college buddies or the young office-going strata. Previously known as Netflix Party, the Telepathy Chrome extension is easy to install. The first step is to install it to your browser like any other normal extension, go to Netflix, and select the movie that has been decided by the folks. In this method, the most tedious job is to decide on which movie to watch, or else everything else is straightforward as mentioned earlier. After selecting the movie hit the “NP” button on the extension. This will provide you with a link, which brings up the movie and a sidebar group chat very much resembling YouTube live streams. And this Teleparty extension is not limited in its ways as claimed by the site. Other than Netflix it works for HBO, Hulu, and Disney+. 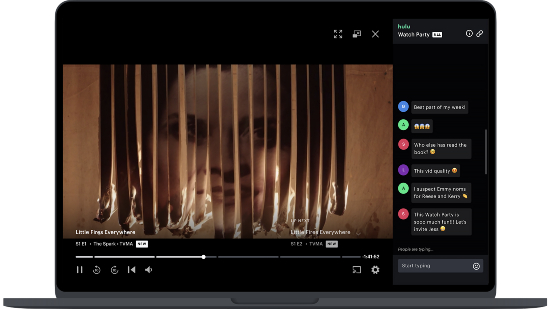 There is no need for an extension when a platform itself provides the feature you require, the same is the case with Hulu. Hulu offers its in-house way to watch together from a distance. This feature is called Hulu Watch Party. However, it has a limit on how many users can enjoy watching simultaneously.  It is available to up to 8 users of Hulu (No Ads) and Hulu (No Ads) + Live TV accounts. This means everyone who wants to join this party must have their profile and not their account. The subscriptions on which these features are available are those higher-tier subscriptions. If this is similar to you and your friends don’t hesitate to hit the Party icon on the movie’s detail page and share the link. Thereafter it will then you get the movie you want to watch synced and you can also chat. 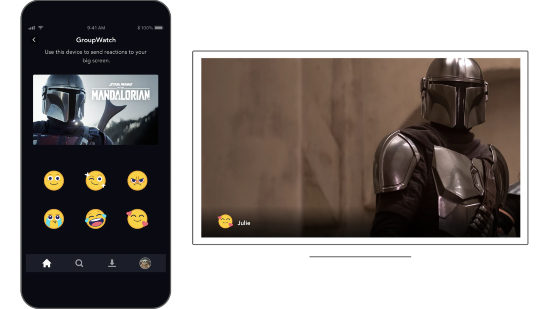 The above-mentioned extension Teleparty works for Disney+ just fine, in case you seem to meet failure there is another option called the House of Mouse’s streamer. It offers a feature of group watch by the same name: GroupWatch. However, one major setback here is that you do not get to chat with text like it is possible through Telepathy. Seven viewers can watch at max and there can be four streams per account. 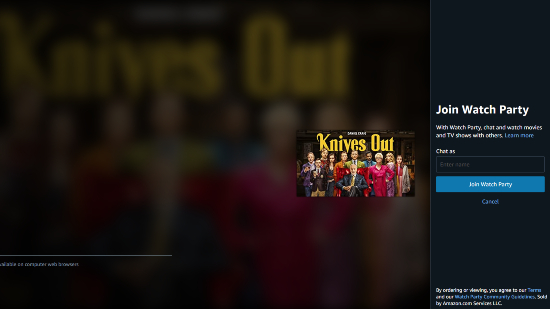 Watch Party is a feature that is available on Amazon too. However, this feature is available on only a select few movies. You just have to click on the Watch Party icon (next to the Watchlist button), pick a username for the text chat, and get started. The max limit on viewers is a whooping 100 as long as they have got Prime subscriptions. They can join via the invite link and enjoy your movies with family and friends.

Meta stream is a Firefox/Chrome extension. It is similar on many levels Scener, it also provides with same support but with text chat only. This extension is for ones who are more into tech and know their device very well. If you are handy around computers or anything related to technology this might be the one for you. So, one host is running the show, handling invites, allowing people into the room, and adding media to stream via URL. A feature that might get you a little curious is the queue, which can allow you to build a long playlist for background viewing.

TwoSeven is another third-party app however unlike any other solution it provides video chat. The support provided by TwoSeven is two-tiered: a free tier with YouTube, Netflix, Amazon Prime, Crunchyroll, Apple TV+, HBO Max, Vimeo, and personal videos (i.e. anything you’ve got downloaded), and a paid tier that adds Hulu, Disney+, and Screenshare. Getting people on board is a little tricky since you have to jump through a link-sharing hoop but afterward it is easier to add them as a friend for the future. Additionally, you can video and text chat to your heart’s content.

Facebook can be the quickest and dirtiest solution from the whole lot. Since you have already been through other solutions why not make another quick stop. Facebook lets its users watch things together provided that the things are available on the app. Most movies end up on the app however the TV catalog is more promising.

How to host a watch party on Hulu?

If you have Hulu (No Ads) and Hulu (No Ads) + Live TV subscriptions, you can hit the Party icon on the movie’s detail page and share the link. The maximum number of users watching simultaneously is eight.

What is the maximum limit of viewers on Amazon Prime – to watch together?

The max limit on viewers is a whooping 100 as long as they have got Prime subscriptions.

Telepathy is a Chrome extension that works for platforms like Netflix, HBO, Hulu, and Disney+. It enables users to watch movies together.