Veer Mahan – a Name Worth It! Everything About Monday Night 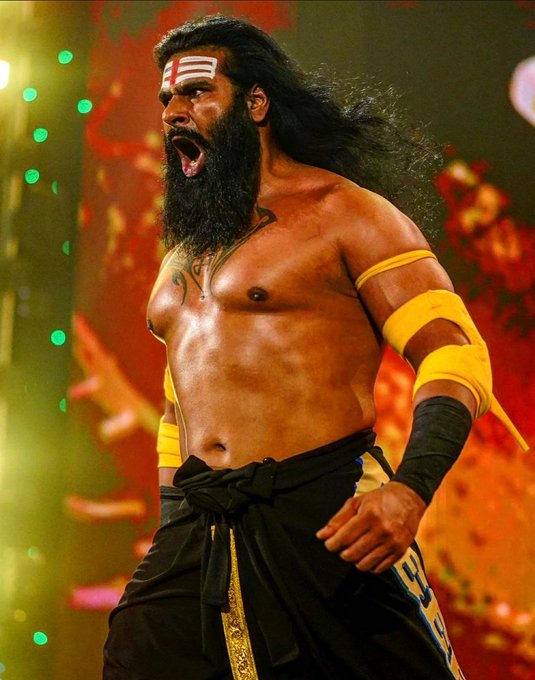 What happened in the match?

Almost, after a long year, an Indian Wrestler made his first debut. The Monday Night Raw show featured him attacking Rey Mysterio and Dominik Mysterio, the father-son duo. On a fresh segment, Veer was scheduled to fight against Rey but ended up with his son Dominik. As Veer made a quick move against his opponent, the match didn’t last for 10 minutes. Even after the match Veer continued his constant attack and choked on Dominik. WWE Officials had to intervene between them to stop Veer’s assault on the junior Rey. Later, Dominik was taken out on a stretcher from the ring. In his first match, the Indian Wrestler made an instant impact on his fans.

Later in the match, fans were expecting the legendary luchador, Rey Mysterio, to come and take revenge on Veer. But there was no trace of Rey even after the match.

However, this match made fans to know about Veer more and his journey. How he has become a pro wrestler, is a topic of interest to every WWE fan now.

Who is Veer Mahaan?

Rinku Singh, popularly known as Veer Mahaan belongs to a small town Village named Gopiganj in Uttar Pradesh, India.  6-feet-4 inches and 276 pounds Mahaan have been grown up with his nine siblings in a small one-room house.

That Sports Enthusiastic Man has played cricket and Javelin at the very beginning of his sports career and also shares an avid interest in baseball. In early 2008, veer took participation in an Indian reality show, named ‘Million Dollar Arm. The show was about finding an individual from the country, who can throw the fastest and most accurate baseball. The show was held by American sports agent J.B. Bernstein and his partners.

The winner, Veer, and the runner-up of the Million Dollar Arm contest, Dinesh Patel, became the first Indian pair to sign a contract with a major American baseball team. They both managed to reach the Single-A level in the minor leagues for several seasons and became the subjects of the 2014 Walt Disney Pictures sports film, Million Dollar Arm.

How did he have began his Wrestling Career?

WWE signed Veer Mahaan in the year 2018. He teamed up with his fellow Indian star, Saurav Gurjar, and named the duo, “The Indus Sher”. They made their NXT debut against Riddle in 2020 and continued to compete against the brand’s top tag teams for a while. Later, they were taken off television. In 2021, Veer was called up to the main roster.

2022 his debut match in Raw has made everyone his fan!

We congratulate Veer for his victory like ‘The Veer’.

“I strike fear into the heart of any man”- Veer Mahaan. he made his dialogue worth it!

‘Wordle’ today: Here’s the answer, hints for May 6!! check out now