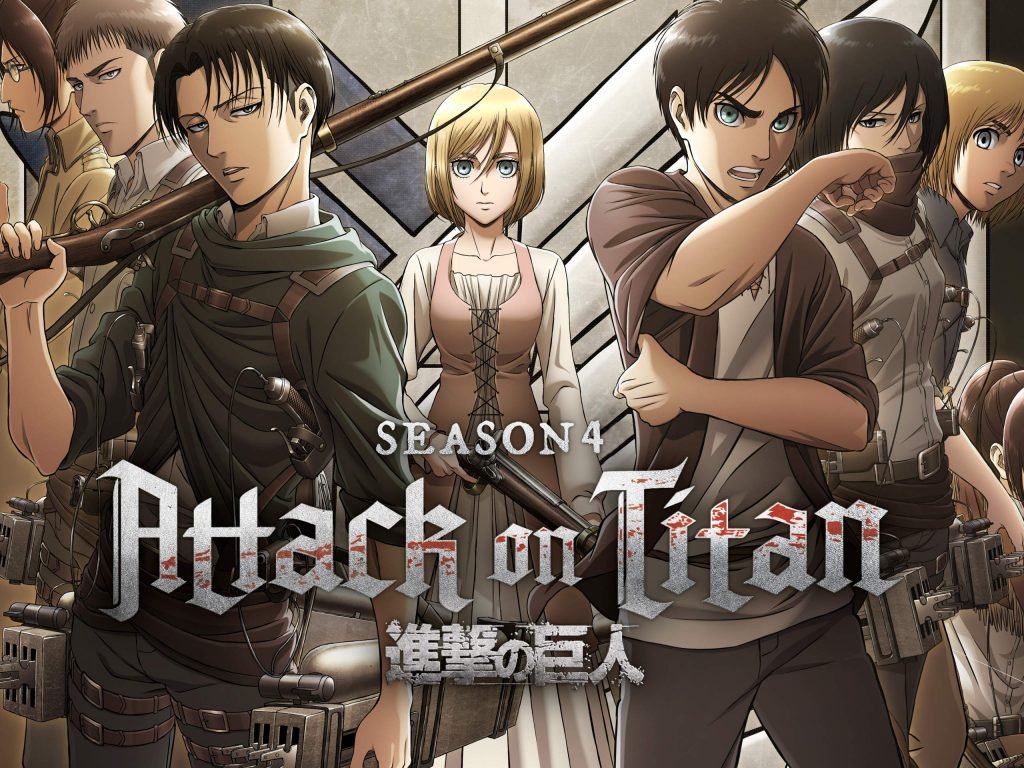 Anime is always unique with a great storyline and character developments, they somehow manage to form a bond between the fans. One such anime that has gathered a global fanbase and gained popularity is Attack on Titan.

Some other popular shows similar to Attack on Titans are Naruto, Naruto Shippuden, and My Hero Academia.

There's always a big fanbase for both Attack on Titan's manga and anime series. But why's the hype behind the show? what's the storyline and who are the characters?

Today we'll be discussing the plot, characters, the manga, the television series and most importantly we'll be looking into "is Eren dead?". It is to be noted that this article contains many spoilers and fans who are planning to watch Attack on Titan please read with caution! Read to know more about "Is Eren dead"

Also, Attack on Titan is available for streaming on Amazon Prime!

Attack on Titan: Writer, Director, Production, Manga, and many more!

Attack on Titan is a Japanese anime manga originally written by Hajime Isayama. Hajime has won several awards for his work "Attack on Titan" including, Goodreads choice award in 2015. The manga version was first released on September 9, 2009, and ended on April 9, 2021. It was serialized in Bessatsu shonen magazine.

The anime version is still on the run, with its first release on April 7, 2013.  Attack on Titan anime version was adapted from the manga and was written by Yasuko Kobayashi and Hiroshi Seko. It was licensed by Funimation and Muse Communication. Wit Studio and MAPPA Studio carried out the production works. Attack on Titans was also made into films.

Attack on Titan: Is Eren dead? What's the storyline, read to find out! SPOILER ALERT

The story takes place hundred years ago. Humans live in three major cities that are protected with strong and gigantic walls. These walls are constructed to protect the humans from the Titans who are naturally enormous creatures in humanoid forms whose only target is to feed on humans. To save themselves from falling prey to the humanoid creature "Titans", the survivors of humanity construct three major walls, which are known as Wall Maria, Wall Rose, and Wall Sina. These walls protected them for over long years and established peace in humanity until one day, A giant Titan whose size is so big than any other forms of Titans ever witnessed by humanity appeared. It destroyed the walls and because of this many other small Titans intruded into the three cities, which forced humans to get into inner walls for protection.

Here comes the Protagonist of the story, Eren Jaeger, a fifteen-year-old boy who is the son of Grisha Jaeger and Carla Jaeger who vowed to fight and wipe every other Titan that exists on this planet after his mother was killed and his town in the Shiganshina district was destroyed during the invasion of the Titans. Eren Jaeger joins the military and also becomes a member of the Survey Corps, which is a special type of military that fights the Titans outside the walls of the cities.

During the middle of the series, Eren finds out his unique power. Eren gains the power to transform himself into a Titan, this gave humanity an added advantage to execute the Titans.

After a sequence of events, Eren discovers the history of Titans by unlocking his father's memories, he also finds the truth about Eldian Empire, whose people can turn into Titans. Eldian Empire used the Titans as a strategy to gain dominance and soon after that, the Eldian Empire collapsed. Even after getting to know the truth, determined to protect humanity from the actual enemies.

Attack on Titan: Is Eren dead? Read below! SPOILER ALERT

Yes, you read that right! Is Eren dead? Let's find out.

As per the sources available on the internet, The latest chapter of Attack on Titan, written by Hajime Isayama, really shocked the fans.

In chapter 138, Eren displays his trump card "Attack Titan transformation ", which made him breathe his last breath. Eren is portrayed as the antagonist in the final episodes of Attack on Titan. After Eren committing the genocide, many fans had theories that suggest Eren might get killed. But to the surprise of the fans, It looks like Eren is killed by Mikasa, who is a childhood friend of Eren. No one saw this coming as she was the one supporting and protecting Eren Jaeger throughout the series. Towards the end, Mikasa is seen with Eren's head and it's confirmed that Eren's dead. The world will slowly progress towards a better future and so is Mikasa.

FAQs for Attack on Titan.

Q1. Which streaming service is available for Attack on Titan?

Attack on Titans can be streamed on Hulu and Amazon Prime.

Attack on Titan is no longer available to stream on Netflix from 3 February 2021.

Q3. Is Attack on Titan inappropriate?

Attack on Titan is not suggested for underage kids as it involves violence and brutality.

Mikasa beheaded Eren's head in Chapter 138 of Attack on Titan.

That's it, for now, readers, Do you have any thoughts on how the ending for Attack on Titans should have been? We'd love to hear from you, so go ahead and comment on it down below!

Did you like the article? Did you find our article on Is Eren dead useful? Did I miss something about Is Eren dead? Do you want more articles like Is Eren dead? If so, do comment your views down!

What do you want to read next? Do comment it down below!

Have I missed anything regarding "Is Eren dead?", Please do let us know!

Also, don't miss to check our other articles: