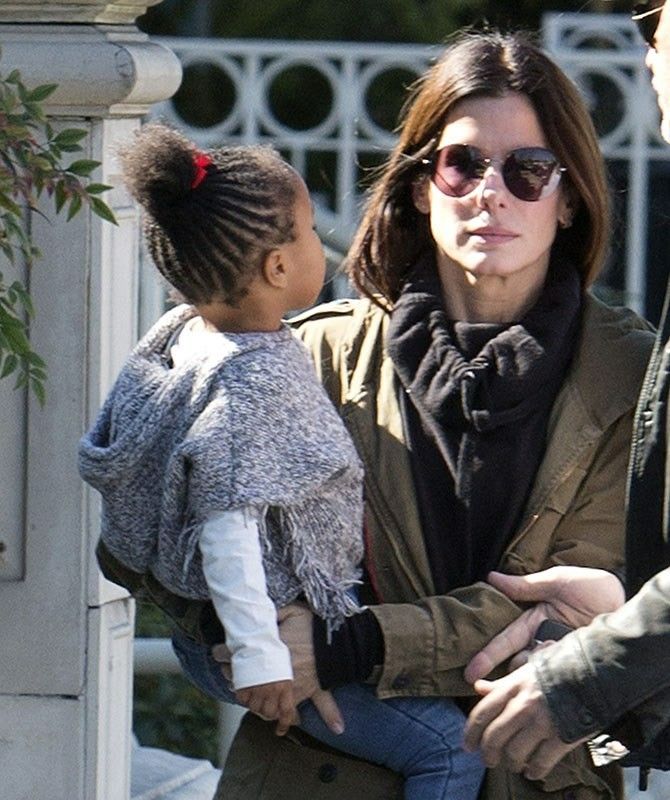 Channing Matthew Tatum is an American actor and producer. He made his film debut in the drama film Coach Carter. He was well known for his leading role in the comedy-drama film Magic Mike. And Channing Tatum has an eight-year-old daughter, Everly, with his ex-wife Jenna Dewan. Sandra Bullock is also an American actress and producer. She was the world’s highest-paid actress in both 2010 and 2014. She was well known in the 1990s with leading roles in the romantic comedies While You Were Sleeping and Hope Floats. Sandra adopted a 12 years old son Louis and 10 years old daughter Laila in 20015 as a single parent.

Both Channing Tatum and Sandra Bullock’s daughters studied in the same preschool. And they had an altercation in preschool.

Sandra and her co-star Daniel Radcliffe on the Jess keel show to promote their new action adventures and comedy film The Lost City where Sandra discussed her close bond with the co-star Channing Tatum but that bond clearly didn’t get passed down to their kids as Sandra revealed that her and Channing’s daughters had some drama in preschool. In the show, Sandra said that the trouble stemmed from Laila( Sandra Bullock’s daughter) and Everly ( Channing Tatum’s daughter) ” trying to alpha the other one out “. And also said she would receive the phone call from Channing’s daughter Everly who started the fight. Bullock added the principal and tell the situation well and try to resolve the constant ‘altercation ‘ with a challenge of who can be the nicest to the other one.

During the appearance on the late late show with James Corden on Wednesday to promote the lost city. Co-star admitted they first met in the principal’s office of their daughter’s preschool.

Bullock laughed when talking about how the two girls tried to mend their relationship. When Corden asked if the two were in the principal’s office “pretending not to be huge movie stars” the two laughed and acknowledged that they had at least seen each other at awards shows.

In an interview with People, the 57-year-old actress said the two girls have moved on from their preschool days and actually became friends while shooting “The Lost City.”

Stroy of the preschool kids.

Sandra and Channing were called to the preschool principal’s office because their daughters wear fighting each other the school simply want to know out the kids could arrive at the date. We have two very very strong-willed little girls very much button heads Tatum explains on the late late show with James Corden on Wednesday. And also Bullock said that she was confused when their daughter had another altercation Nancy got a call from the school and wonder whether she would have to contact Channing Tatum or his ex-wife Jenna Dewan. When she wants to yet again deal with the clashing kids. 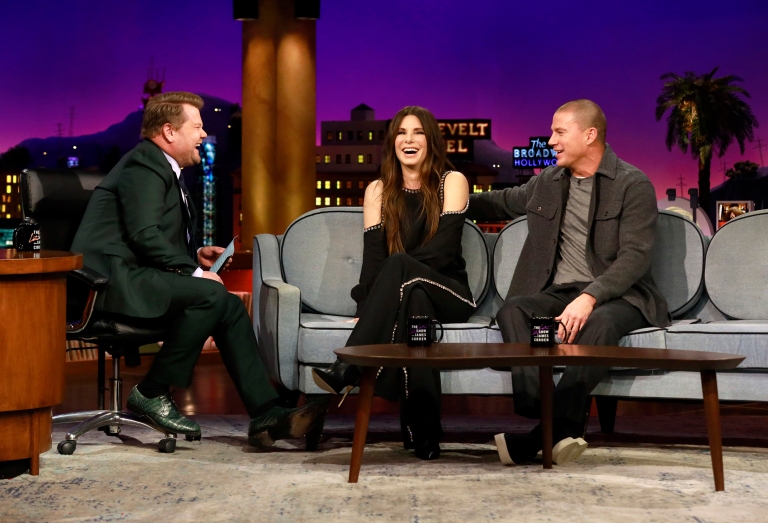 But the school principal handled the situation well and tried to resolve the contract “altercation ” with a challenge of who can be the nicest to the other one by arranging the competition.

Finally, they both are equally suited and they were both are strong, but now we had a month for them to be quarantined while we were filming and it was a love fest said, Sandra.

Share
Facebook
Twitter
Pinterest
WhatsApp
Previous articleJohnny Depp Is in Negotiations With Disney to COMING AGAIN for Role in Pirates of the Caribbean 6.
Next articleMaking New Landmark on HBO Streaming: Batman, Release Date , All Latest Updates!!